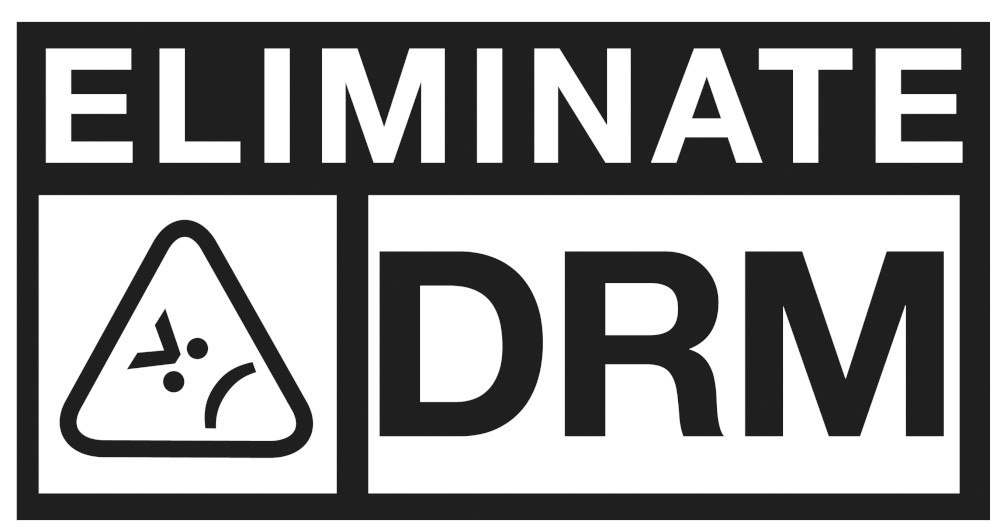 As part of yesterday's International Day Against DRM, Public Knowledge's John Bergmayer published It’s Always DRM’s Fault, which uses this month's viral story about an Apple user named Anders G da Silva whose movie was deleted from his Itunes because he moved from one country to another.

As Bergmayer writes, this is a sterling example of where DRM has gotten us, and how toxic DRM becomes when it is mixed with cloud computing.

In a world of cloud computing, everything we do is governed by tens of thousands of words of legal fine-print (including the fine print that warned Mr da Silva that his movies might stop working if he changed the region associated with his Itunes account) that no one (including Mr da Silva, and you, and me) has ever, ever read (famously so!).

In theory, Mr da Silva could have downloaded all his media before moving from Australia to Canada, but even if he had, he would only be able to watch that media if he painstakingly nursed it into archaic and largely abandoned tools and gadgets that assume that all media is coming from a cloud-based stream. This is obvious to anyone who ever tried to stream a movie stored on a laptop or phone to a Chromecast device -- I often find that it's easier to stream a pirate copy from Putlocker than it is to stream the ripped copy I legally made from my own purchased DVDs.

But of course, da Silva didn't do this, because no one does, because no one has read the fine print, and because it's rare for anyone to move from one country to another, so it's not the kind of thing you get to practice and get better at, avoiding this kind of headache.

I spent several years fighting with the EU Digital Video Broadcast forum over its CPCM DRM for videos, which proposed to define, in software, what a "normal family" was, in order to allow family members to share videos. The "families" that the overwhelmingly wealthy, white, male, English-speaking reps on this committee pictured might own a second home, a family car with an entertainment system, and many devices. But they didn't have any plan for a family where a divorce meant that a child would live with different parents on different days (one proposed that the child could simply call an 800 number every time they were locked out and beg a call center rep to unfreeze their media). They didn't have any plan for families whose members were low-waged construction workers in Saudi Arabia or housekeepers in Singapore. The fact that there were more "abnormal" families than "normal" ones didn't seem to matter to them.

Enshrining into code assumptions about where people live (or who they're related to, or what is and isn't a job, or a gender, or a name) will always miss out on some people -- maybe millions of people. And the weirder that person's circumstances are, the more bullshit and stress they're already dealing with -- stress and bullshit that your stupid code will compound.

Da Silva is a scientist and coder who moved from one rich country to another, which is a serious hassle. But the problem he has is being mirrored by plenty of other people today -- people who we don't hear from on Twitter: refugees, displaced people, people whose lives were smashed by domestic violence, disease, and climate change. It sucks for someone like da Silva to be deprived of the movie he bought -- but imagine if he was a mother fleeing domestic violence by moving her family back home to Canada from Australia, arriving desperate and penniless, and having to explain to a traumatized child why their favorite movie couldn't be streamed on the family device, and why the family couldn't afford to buy the movie again.

My takeaway is that, if a seller of DRM'd digital media uses words like "purchase" and "buy," they have at a minimum an obligation to continue to provide additional downloads of that media, in perpetuity. Fine print aside, without that, people simply aren't getting what they think they're getting for their money, and words like "rent" and "borrow" are more appropriate. Of course, there is good reason to think that even then people are not likely to fully understand that "buying" something in the digital world is not the same as buying something in the physical world, and more ambitious measures may be required to ensure that people can still own personal property in the digital marketplace. See the excellent work of Aaron Perzanowski and Jason Schultz on this point. But the bare minimum of "owning" a movie would seem to be the continued ability to actually watch it.

Of course, a company might not want to take on that burden. Or its contracts with content companies may not allow it to. There's a simple solution: Don't sell movies with DRM. It might be good customer service to allow customers to redownload DRM-free movies, but at least with those it can be reasonable to tell them that they should just keep backups. DRM-free media files that are in a reasonably standard format can be expected to play on any hardware for the foreseeable future, can be converted to other formats if not, and so on. Consumers really own them, unlike the case with DRM downloads.