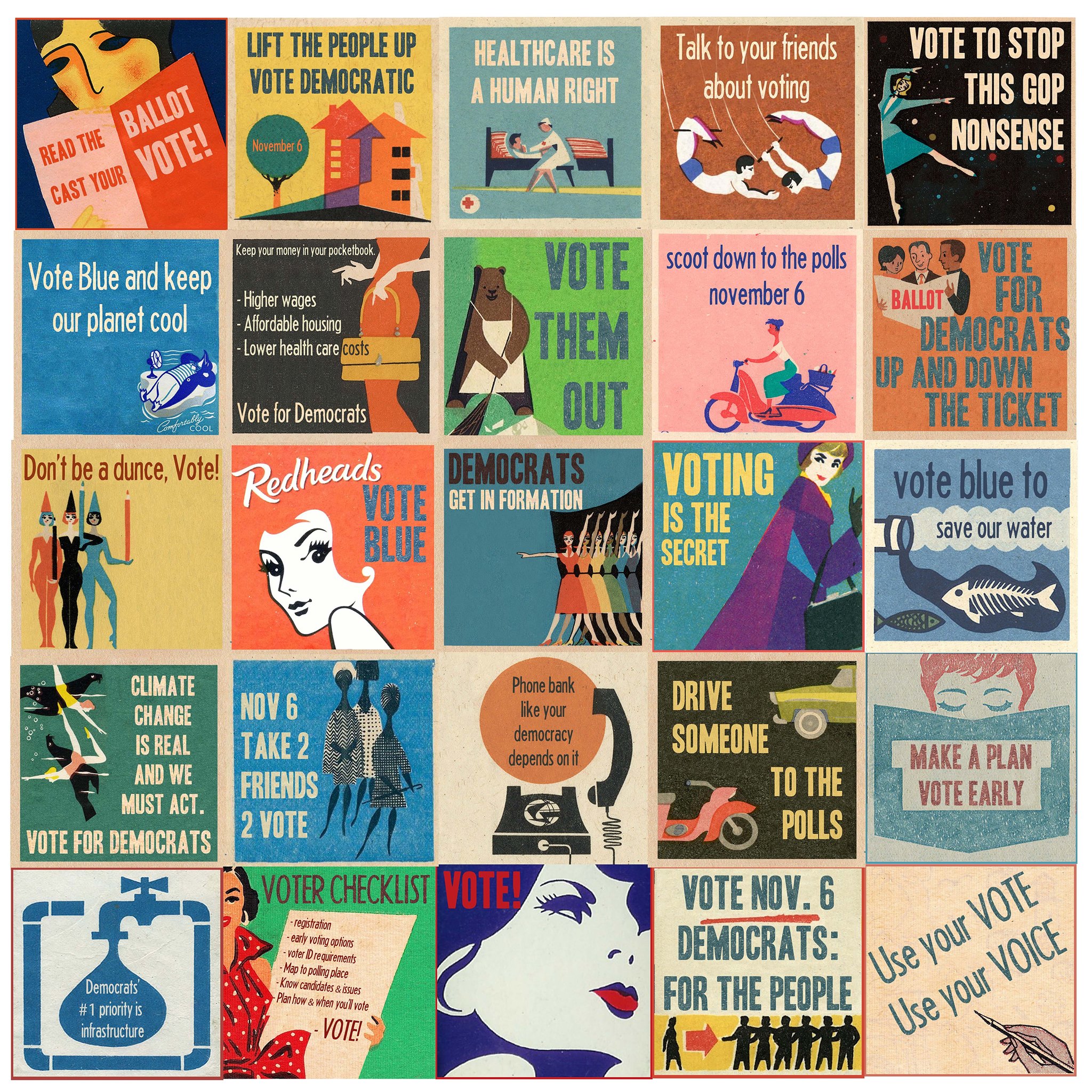 She writes that she'll be posting them individually on her Facebook page until the midterm election.

I'm particularly sweet on this one:

I love a good flea market. Even though I don’t really collect anymore (I make exceptions for extraordinary items), I love seeing what weird, old stuff is out there. Here where I live in Alameda, California, on the first Sunday of every month, there is a massive vintage and antiques sale with over 800 dealers. […]

If you’re of a certain age, the nostalgia will be thick for this Woolworth/Woolco television ad from 1977 for “your Halloween needs.” Complete costumes from $1.83 to $3.99? “Six Million Dollar Man, Bionic Woman… Superheroes: Batman, Superman, Spiderman, and a new favorite for girls, Holly Hobbie…” Yes, please. “Wrapped candies of every kind”? I need, […]