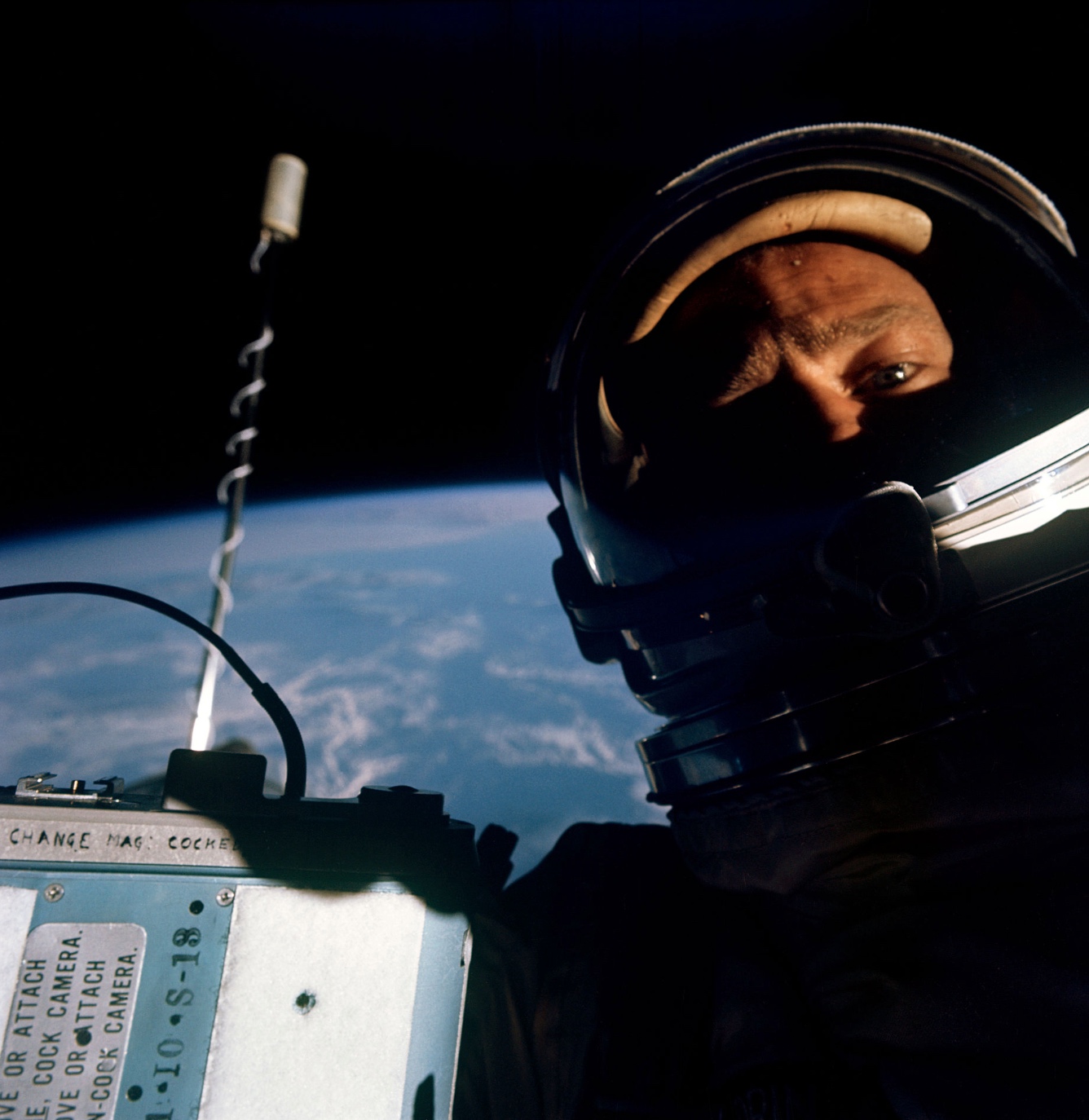 On this day in 1966, Buzz Aldrin took the first selfie in space while standing on his seat and hanging out of an open hatch as part of the Gemini XII mission. From NASA:

This “stand up” EVA (the first of three during the mission) was conducted with the hatch off while Aldrin stood on his seat, his upper body clear of the spacecraft. He completed his tasks with ease, including setting up an ultraviolet camera to image star fields, installing a movie camera, fixing a handrail, and retrieving a micrometeorite experiment. The flawless EVA lasted two hours and twenty minutes.

The second EVA, on November 13, was the real test of Aldrin’s extensive training. Attached to the spacecraft by an “umbilical” cord, he stepped out into space and began his work. The combination of underwater training, multiple restraints and handholds on both vehicles, and a new waist tether paid off: he was able to perform the needed tasks on both the Gemini XII and the GATV without a struggle. He rested periodically, which allowed him to recover between activities, and used the new restraints to position his body in diverse ways that weren’t possible on previous missions. The EVA was a resounding success.

For the final EVA, like the first one, Aldrin stood in his seat on the spacecraft. He discarded unneeded equipment and food containers, knowing they would eventually reenter Earth’s atmosphere and burn up, and took pictures of stars. Altogether, Aldrin spent five and a half hours conducting the Gemini XII spacewalks.

No tweets but I did take the first selfie! In, from space! That was one expensive selfie stick! https://t.co/bSjSh1t7M4