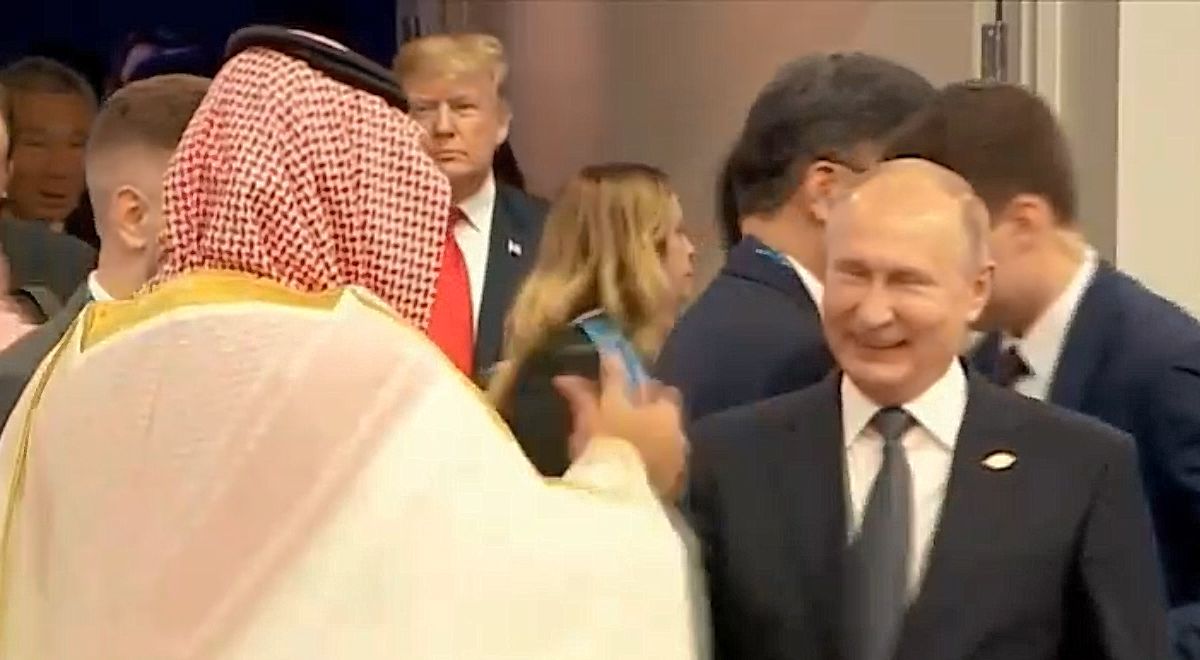 Find someone who is as happy to see you as Russian President Vladimir Putin and Saudi Crown Prince bin Salman, who high-five each other and dive in for a bro hug, laughing like only two murderers can, at the G20 in Argentina.

Check out Trump glowering silently in the background. Did his handlers tell him to cool off the man-crush and stay low key? Or does Donald haz a sad, realizing he'll never really belong in their Big Bad Murder club?

Saudi crown prince and Putin greet each other at #G20 summit pic.twitter.com/INGKBd2EjF

As most world leaders debate how to handle seeing Crown Prince Mohammed bin Salman of Saudi Arabia at the G20 summit in light of Jamal Khashoggi's murder, Vladimir Putin is all smiles and handshakes. pic.twitter.com/csiOEdtoUM

Russian President Vladimir Putin and Crown Prince Mohammad Bin Salman of Saudi Arabia greeted each other warmly at the G-20 Summit in Argentina, with handshakes and laughs as other world leaders arrived. https://t.co/7BwhKpHnQZ pic.twitter.com/vC8GOcaUuh