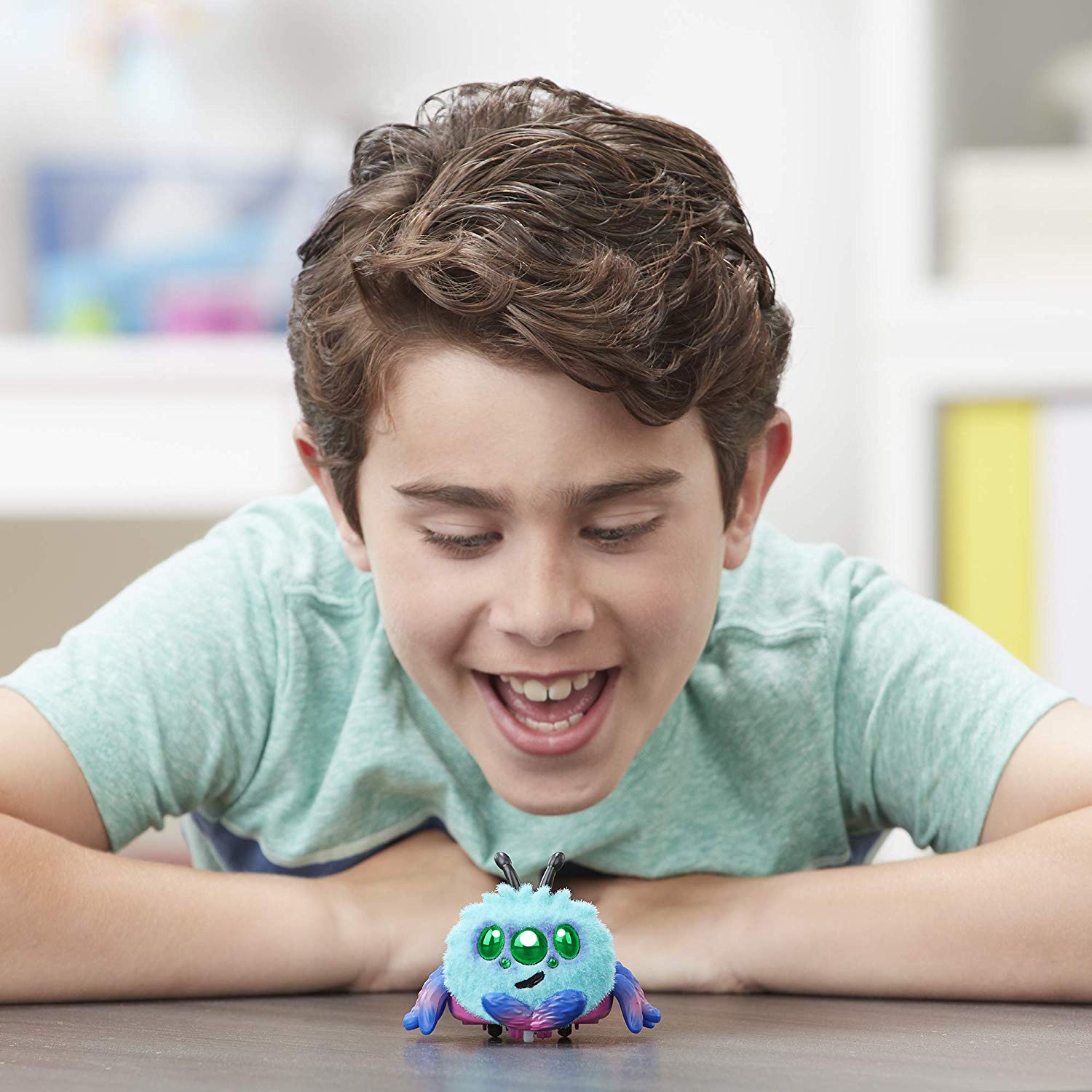 ...Being the mother of a naturally loud and boisterous kid, I thought it would be the perfect Christmas present... well I couldn’t wait for Christmas. So I crack it open tonight, and get a good look at it. I test it out. I’m amazed at how powerful the little motor is... how fast the little legs move... how its creepy little eyes glow a lovely shade of radioactive green. So I call Leo in. He looks at it, cocks his little head to the side. And then, obviously, I yelled at it. The spider ran for it. Leo starts screaming... the louder he screams, the faster the spider pursued him. He runs. And this is when we discovered the fun little feature in which the spider has a tendency to stop abruptly... pause for a couple seconds... spin in several erratic circles... and then turn towards wherever it senses sound... and take off in that direction. More screaming. Spider runs faster. Leo is backed into a corner as murder glows green in the eyes of little “Skadoodle.” So, in short, maybe a little electronic spider thats power source feeds off of screams of terror... is not the best Christmas gift for your small child. 10 years from now we’ll be discussing this in therapy. ??‍♀️