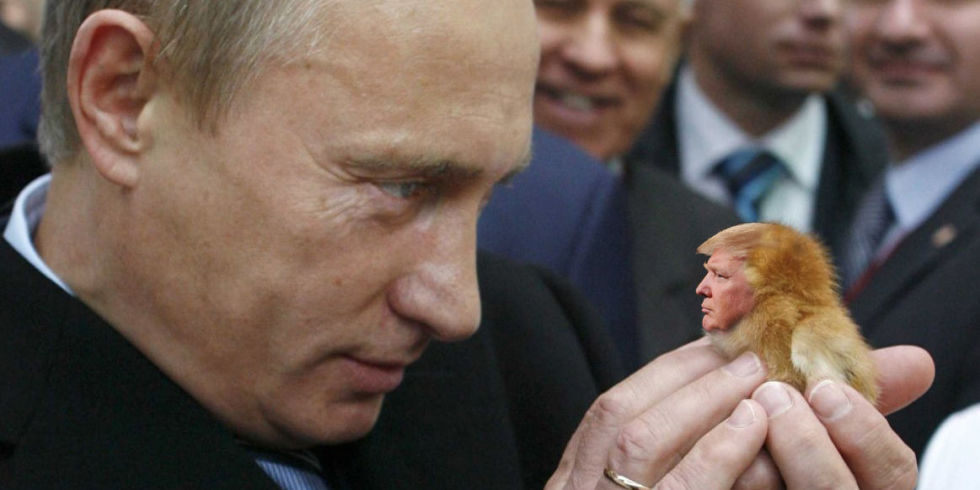 Hacked EU cables released this week warn that Russia may already have nuclear weapons in Crimea. The private diplomatic messages describe annexed area of Ukraine as a ‘hot zone,’ and Donald Trump as a ‘bully.’

You can read them here in PDF.

“The cables include extensive reports by European diplomats of Russia’s moves to undermine Ukraine, including a warning on Feb. 8 that Crimea, which Moscow annexed four years ago, had been turned into a “hot zone where nuclear warheads might have already been deployed,” reports the NYT. U.S. officials say the haven't seen evidence.

The techniques that the hackers deployed over a three-year period resembled those long used by an elite unit of China’s People’s Liberation Army. The cables were copied from the secure network and posted to an open internet site that the hackers set up in the course of their attack, according to Area 1, the firm that discovered the breach.

Area 1 made more than 1,100 of the hacked European Union cables available to The New York Times. The White House National Security Council did not have an immediate comment on Tuesday.

Unlike WikiLeaks in 2010 or the Russian hack of the Democratic National Committee and other Democratic Party leaders in 2016, the cyberattack on the European Union made no effort to publish the stolen material. Instead, it was a matter of pure espionage, said one former senior intelligence official familiar with the issue who spoke on the condition of anonymity.

It also displayed the remarkably poor protection of routine exchanges among European Union officials after years of embarrassing government leaks around the world.

[Read a selection of the cables here.]

The United Nations spokesman has issued a comment about the breach and the National Security Agency said it would decline to comment. Both are included in the story below.

The dump of confidential cables on a public site laid bare the concerns of EU diplomats and officials over the Trump administration and its dealings with Russia and China.

Among the reports made public was a warning on 8 February that Crimea had been turned into a “hot zone where nuclear warheads might have already been deployed”.

Russia illegally annexed the Ukrainian territory in 2014. In public, neither the EU nor the US has suggested there is any evidence of the presence of nuclear weapons.

The EU’s secretariat said in response to the first report of the leak in the New York Times that it was “aware of allegations regarding a potential leak of sensitive information” and was “actively investigating the issue”.

The European commission’s vice president, Valdis Dombrovskis, a former prime minister of Latvia, said there was every “institution or country” was vulnerable to such attacks but he declined to comment on the leaks.

Much of the content of the cables merely confirmed publicly stated worries in Brussels about the Trump administration, and the descent of the world’s rules-based order, but the security breach will be a major concern.

According to one note, European diplomats described July’s meeting in Finland between Trump and the Russian president, Vladimir Putin, as “successful (at least for Putin)”.