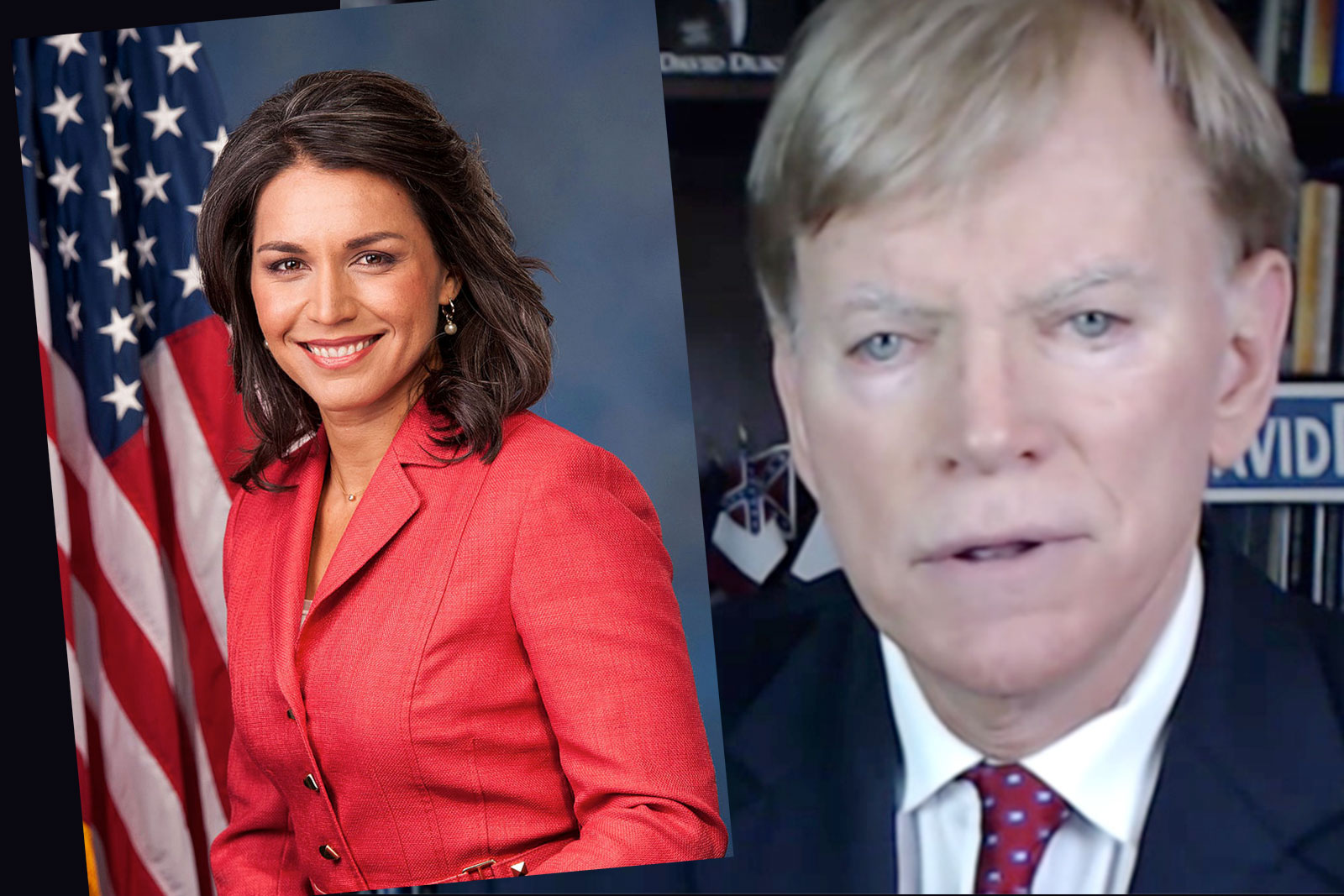 A "Tulsi Gabbard for President" banner features the banner tagline, "Finally a candidate who will actually put America First rather than Israel First!" Duke also endorsed Donald Trump during the 2016 presidential election.

Though Gabbard does have some reactionary credentials (she's a notorious homophobe, among other things), Duke's probably trolling as she's otherwise a moderate who hasn't taken aim at Israel or its policies.

UPDATE: Duke's done this before, and she's replied before:

U didn't know I'm Polynesian/Cauc? Dad couldn't use "whites only" water fountain. No thanks. Ur white nationalism is pure evil