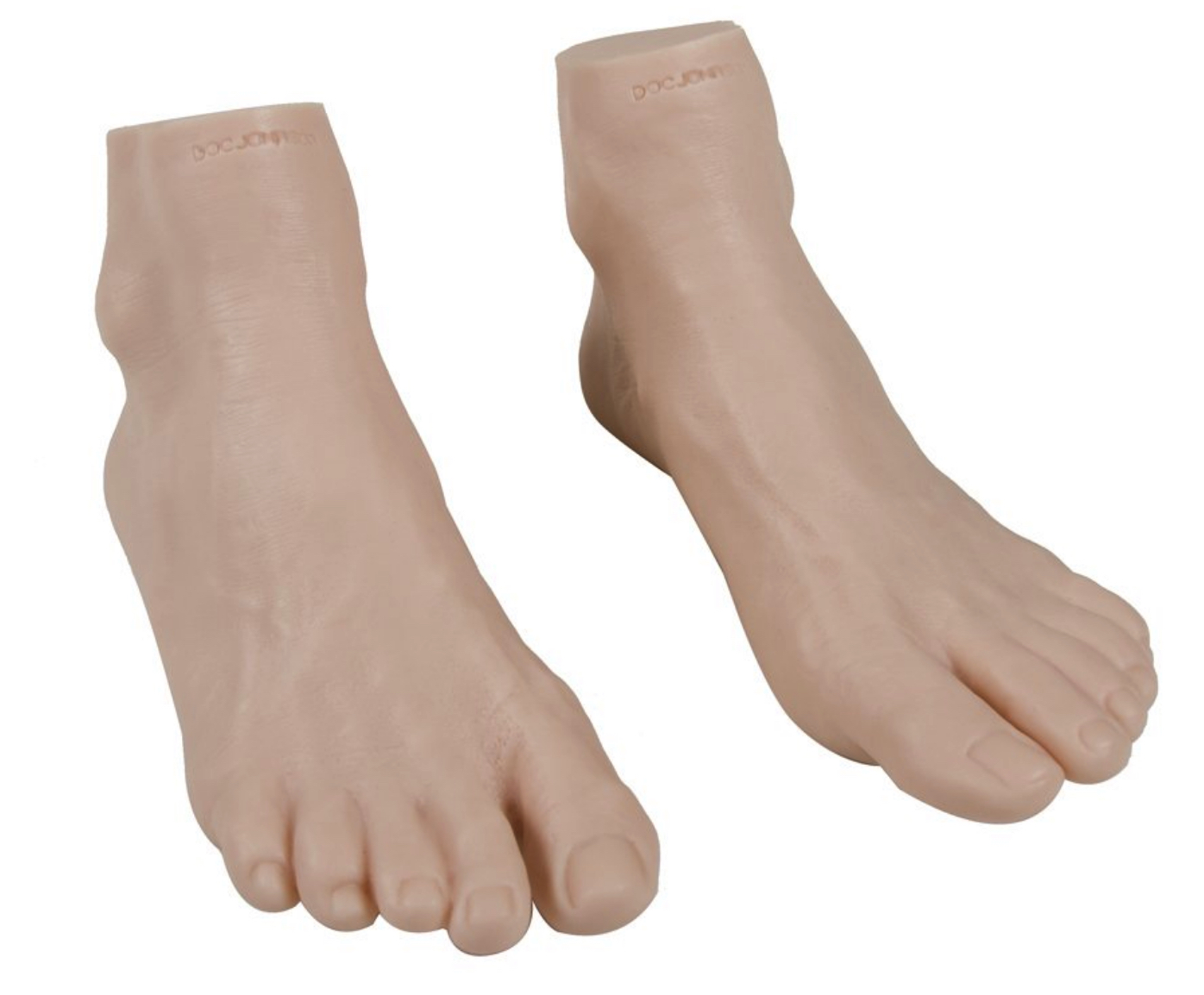 The two bullet points for the Belladonna Foot Soldiers [Amazon] makes clear all you need to know. First, it offers "astonishing details" in "realistic rubber," and second that there is one left foot, one right foot, and a free bottle of lube. [via The Worst Things For Sale]

Now you too can have your own set of Belladonna's exquisite feet to hold, fondle, love and caress. Live out your wildest fantasies with Belladonna.

The top review, alas, warns of a strong smell.

I’m not sure what it is, but the smell never goes away. This time I’m determined to see if it does. I’ve owned these for 6 years, and rarely take them out of the box. I can smell the material at least 6 feet away. It’s a shame, because they are beautifully detailed. I wish I knew the cause. I’ve throw them in nylons and will keep them out of the box as a last ditch effort to see if the scent mellows. Any suggestions would be appreciated. Though less life like, I prefer the Topco Justine Joli Cyberskin Foot Stroker.