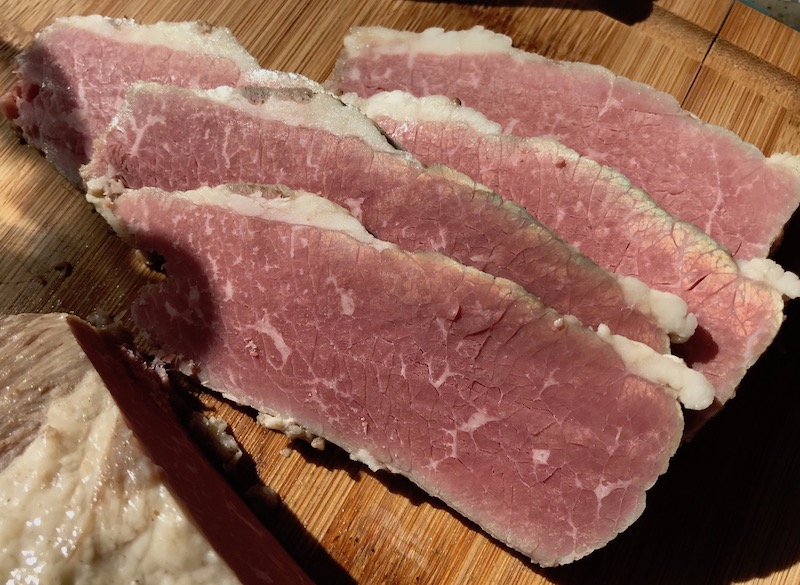 I've been experimenting with curing meat, cause life has been too long already. Prague Powder is the secret ingredient.

While I've tried a couple of different recipes for corned beef I am not ready to recommend one yet. Getting the spice blend right may be a thing of personal preference, but I have to keep working at it. Getting the texture and color right, however, was very simple. I used Anthony's Pink Curing Salt #1.

Curing Salts are not edible on their own. That is why they dye them pink. This is not Himalayan Pink Sea Salt or some other delicacy. Prague Powder (pink salt #1) is a nitrite that inhibits the growth of anaerobic bacteria, thus working to block toxin production and keep meat from spoiling. When added to a brine the curing salts help preserve the meat, and impart that red-pink corned beef color. You'll also find it used in those weird smoked turkey legs at Disneyland and other theme parks.

I'll keep working at it. We have a lot of fun baking rye bread to go along with this favorite.