Short video about life on a Japanese wasabi farm 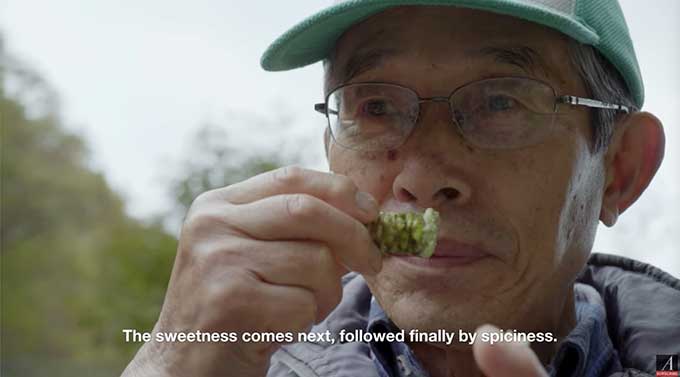 According to this video and article from by The Atlantic, most of the wasabi eaten around the world is horseradish with green food coloring in it. Shigeo Iida, a 75-year-old farmer in Japan, grows the real stuff, and in this beautifully shot video, we get to see him harvest wasabi and make wasabi paste while he waxes philosophical. “Real wasabi, like the ones we grow, has a unique, fragrant taste that first hits the nose,” he says. “The sweetness comes next, followed finally by spiciness.”