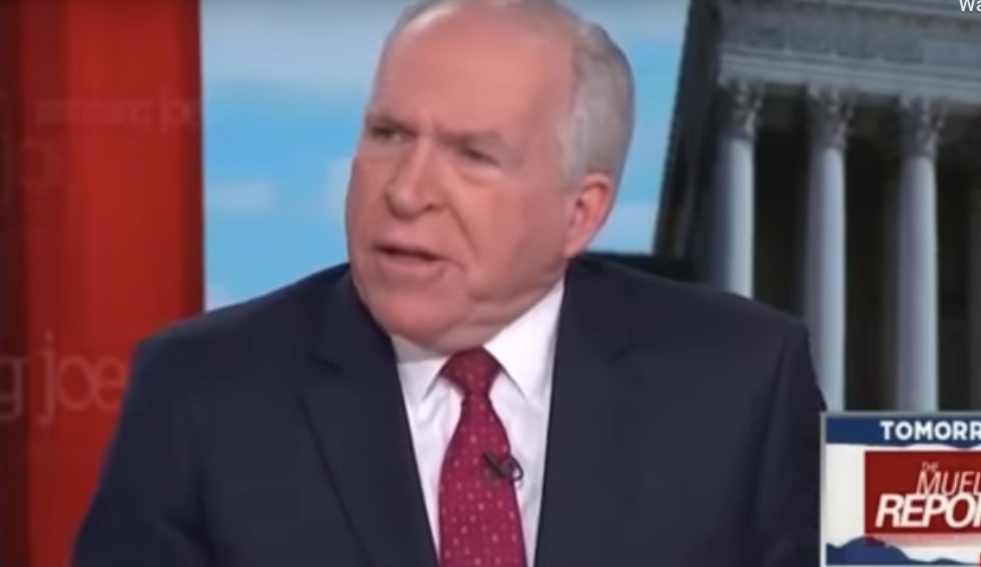 On Wednesday's edition of the MSNBC TV show 'Morning Joe', former CIA Director and MSNBC paid contributor John Brennan seemed to be saying that “large portions” of special counsel Robert Mueller’s report may already have been read out to officials in Donald Trump's White House, so they can prepare in advance to respond to Thursday's expected release of Barr's redacted version of the report.

Here's the full episode. Brennan's remarks begin around 23 minutes in.

Brennan, who served as the intelligence agencies director under former President Barack Obama from 2013 to 2017, appeared Wednesday morning on MSNBC’s Morning Joe to discuss with a panel the pending release of a redacted version of Mueller’s report on Thursday. He suggested that while President Donald Trump’s staff may not have seen the full report, as they have claimed, they may have been briefed on significant portions of the document’s contents.

“The White House might not have seen the document,” Brennan said, “but large portions might have been read to them. It might be a semantic issue here, which then would have given the White House the opportunity to respond,” he explained.

Attorney General William Barr declined to answer a question on whether the White House had seen or been briefed on the report when testifying before Congress last week. However, Justice Department officials had previously said that the White House had not been given any previous information about the report.

Brennan also asserted that the House Intelligence Committee has “every right to see as much of this report as possible, with maybe the exception of ongoing investigations, in terms of making sure that is not going to compromise.”

“The intelligence committees, and also the judiciary committee, they have a right to see as much of this as possible,” Brennan said.