Mazie Hirono to Bill Barr: 'You should resign.' 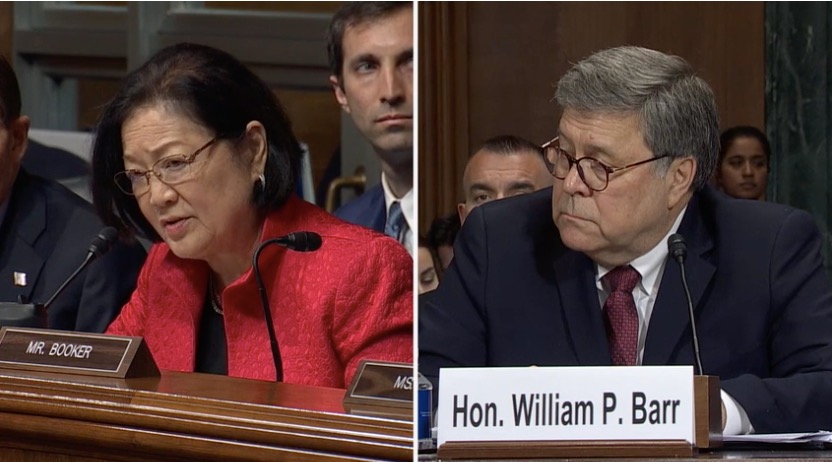 “America deserves better. You should resign.”

Sen. Mazie Hirono to Attorney General William Barr: "Now we know more about your deep involvement in trying to cover up for Donald Trump ... America deserves better. You should resign" https://t.co/UyviQ1DWt6 pic.twitter.com/jOqsQv5uXT

"Being attorney general of the United States is a sacred trust. You have betrayed that trust. America deserves better," Sen. @maziehirono tells Attorney General William Barr. "You should resign." pic.twitter.com/m7VwKdmatw