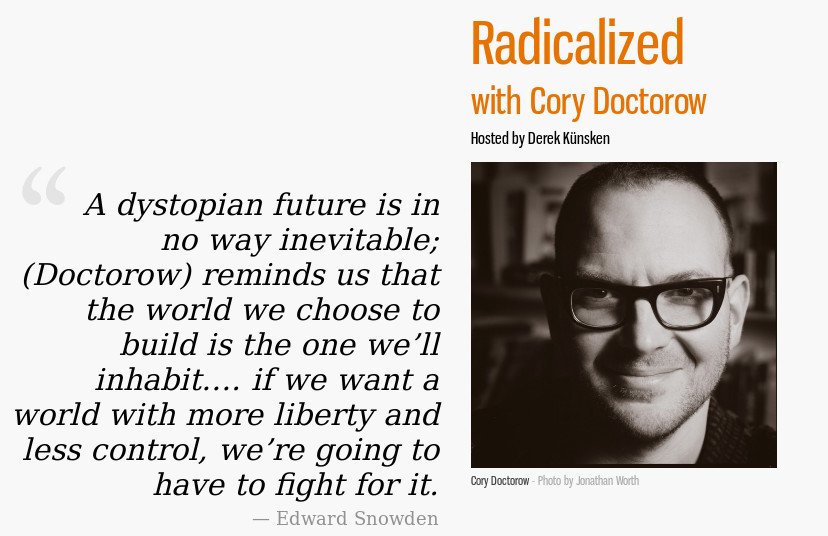 Tonight at 7:30PM, I'm giving a presentation about my new book, Radicalized, as part of the Ottawa Writers Festival, at Christ Church Cathedral (414 Sparks St.) -- I haven't spoken in Ottawa for years (maybe a decade?!) so I'm really looking forward to it.

From there, I'm heading to Berlin for May 7, where I'm keynoting at the Re:publica conference with a talk about surveillance and monopolies, followed by a launch and signing for the German edition of my novella Unauthorized Bread (I'm doing a smaller AMA earlier in the day about the aftermath of the catastrophic European Copyright Directive vote).

On May 8th, I'm speaking at Otherland, Berlin's science fiction and fantasy bookstore at 8PM.

Then I'm off to Houston for a weekend at Comicpalooza, including a panel about copyright on May 10 at 12:30PM; presenting a keynote talk on May 11 at 12PM; and then another copyright panel on May 12 at 10:30AM.

Hope to see you!