Happy golden retriever family and their pile of puppies 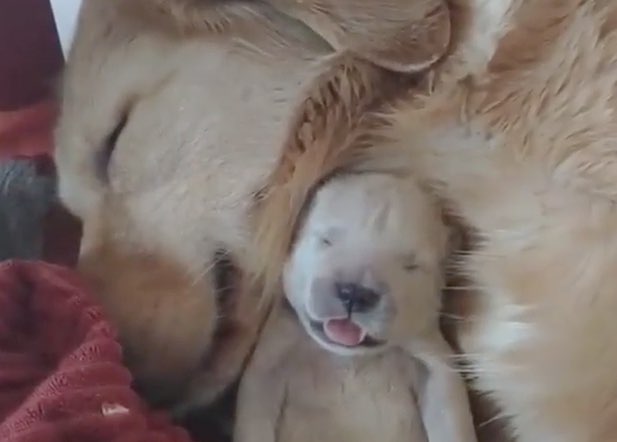 Got some sweet wholesome loving dog content for your internet experience.