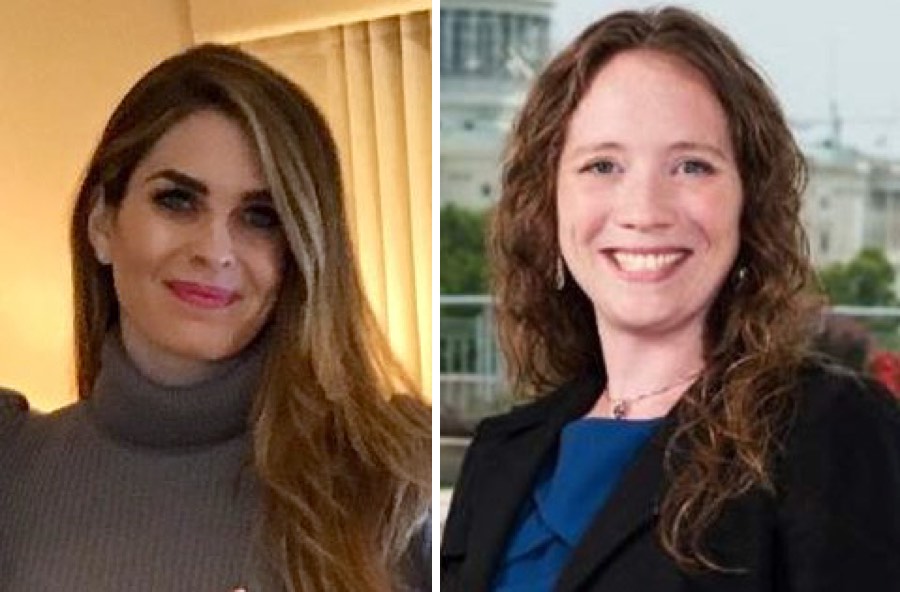 The House Judiciary Committee today asked for testimony from Hope Hicks (at left, in the image shown here) and Annie Donaldson (at right) by next month. The subpoenas are part of an ongoing investigation into Russian interference in the 2016 U.S. Presidential elections.

Multiple news organizations on Tuesday afternoon reported that members of the House Judiciary Committee have issued subpoenas to Trump aide Hope Hicks and to Annie Donaldson, Don McGahn's former chief of staff, whose notes turned out to be central to Robert Mueller's obstruction report. They've been subpoenaed for testimony and for more documents.

Subpoenas to Hope Hicks & Annie Donaldson are interesting. Hicks was very close w/Trump and family and was there for most everything in early days. Donaldson took detailed notes that became somewhat famous in Mueller report. Expect White House to resist. https://t.co/86YYYYUjsr

The House Judiciary Committee issued subpoenas to Hope Hicks and Annie Donaldson today for documents and testimony tied to its investigation into obstruction of justice, @mkraju reports.

BREAKING: Chairman @RepJerryNadler Issues Subpoenas for Hope Hicks & Annie Donaldson. Nadler: The Judiciary Committee’s investigation into obstruction of justice, public corruption and abuse of power by @realDonaldTrump and his Administration will continuehttps://t.co/etwJuYAzzd

The Summer of Subpoenas sounds fun!