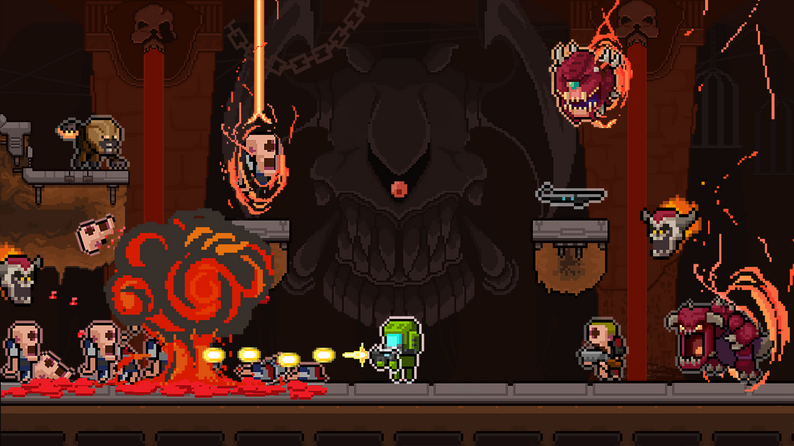 2Doom is a 2D demake of the classic first-person shooter Doom, featuring faithfully-drawn sprites in a side-scrolling arcade adventure. [via Rob Sheridan]

Despite its cute pixel art, prepare for an intense, violent and bloody adventure! ... You're not the hero. You're just another Marine lost on Mars in a demoniac invasion. But you know how to use a shotgun and a BFG, you've been trained for that.

Re-discover the DOOM universe in this unique tribute and discover a new part of the red planet.

Perfect way to start my week.