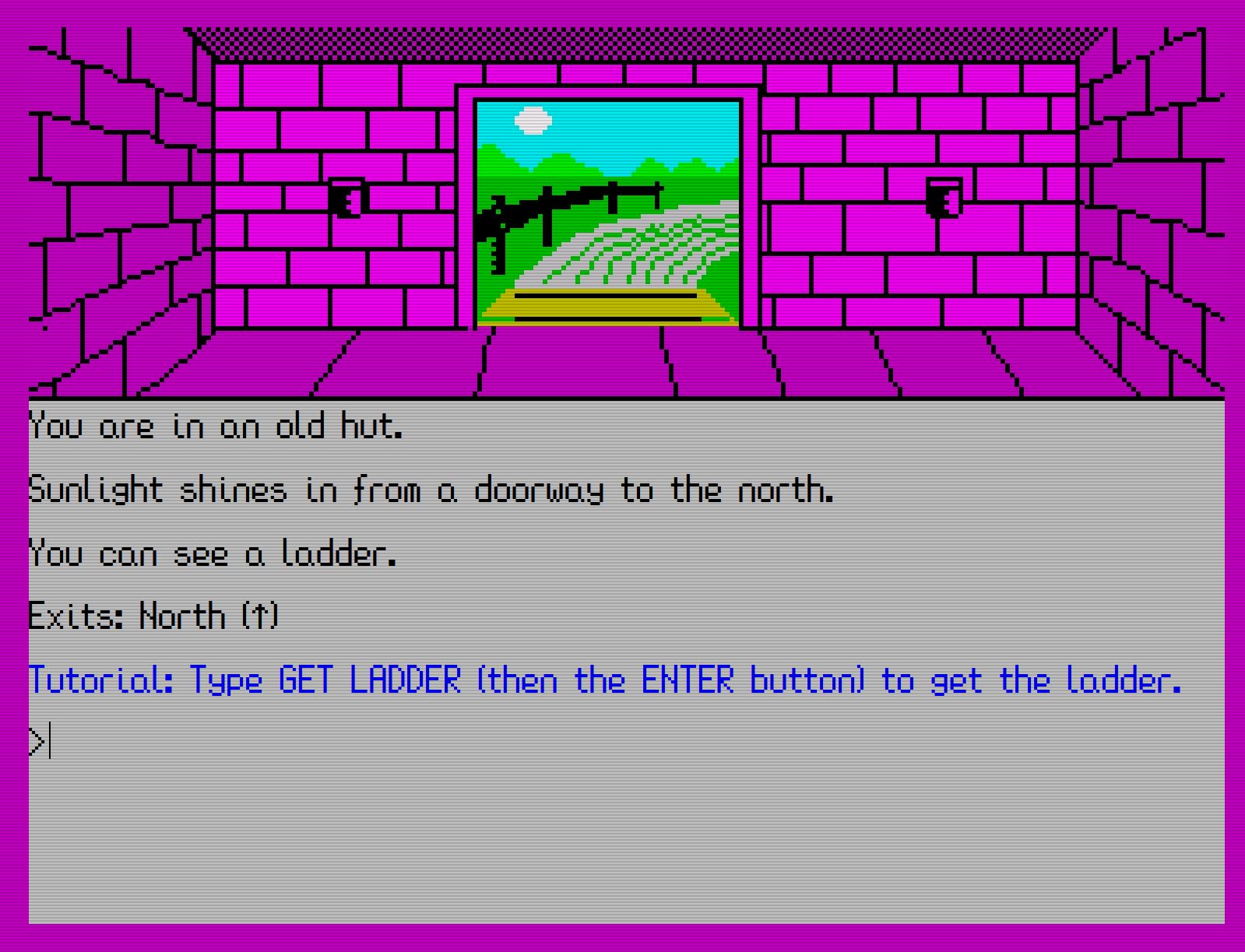 Adventuron is an online text-adventure creation system. Like Pico-8, it uses the conventions and limitations of the 8-bit era to simplify code and suggest a distinctive aesthetic. Like Twine, it makes it easier to get creative with interactive fiction and to publish your work.

Adventuron is a browser-based Text Adventure authoring system and game engine. Adventuron requires no installation and it executes via the web without any fuss. ...

Adventuron is unashamedly anachronistic. Old-school text adventures used to feature a number of locations, paths between locations, objects in the gameworld, puzzles to be solved using textual inputs, and usually using items in your possession.

A cliche example of a puzzle is, when faced with a locked door, you must have a key in your possession to unlock the door, and until the door is unlocked, you can’t enter a room, that has a another object to be used elsewhere. There can be dozens of overlapping puzzles.

Adventuron introduces light programming concepts such as variables, conditional statements and instructions. Adventuron should be quite useful as a first programming language once a few tutorials are created.