Author hid funny messages on the copyright page of his book 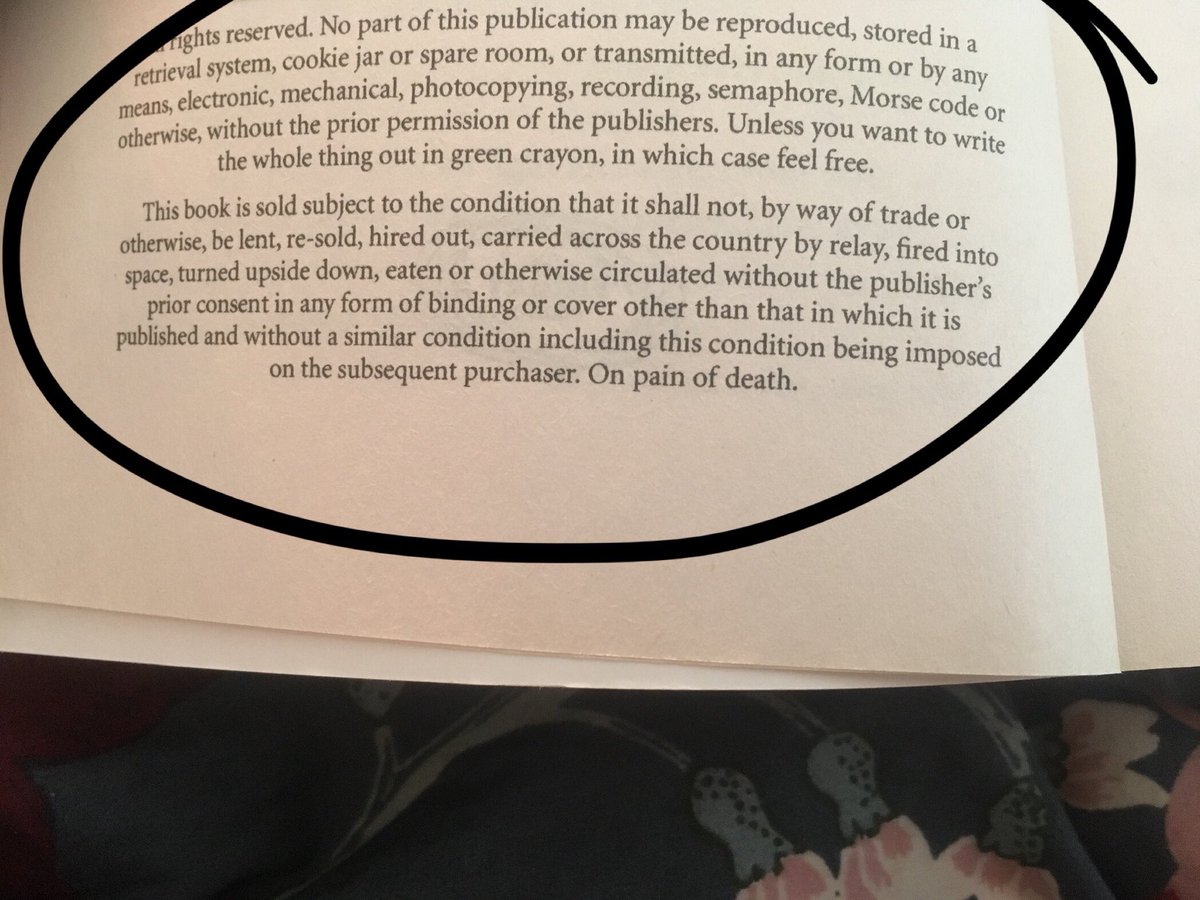 When my first couple novels came out, I lobbied to add some kind of notation about "fair use" and "limitations and exceptions to copyright" on the copyright notice page and was told not even to try because legal would never allow even the slightest variance from the boilerplate; apparently Steve Stack is better connected than I am, because his book 21st Century Dodos, has a copyright notice that is full of whimsy and gags, as Rebecca discovered and documented.

In the ensuing thread, I also learned that Dave Eggers had pulled off a similar stunt with "Heartbreaking Work of Staggering Genius.