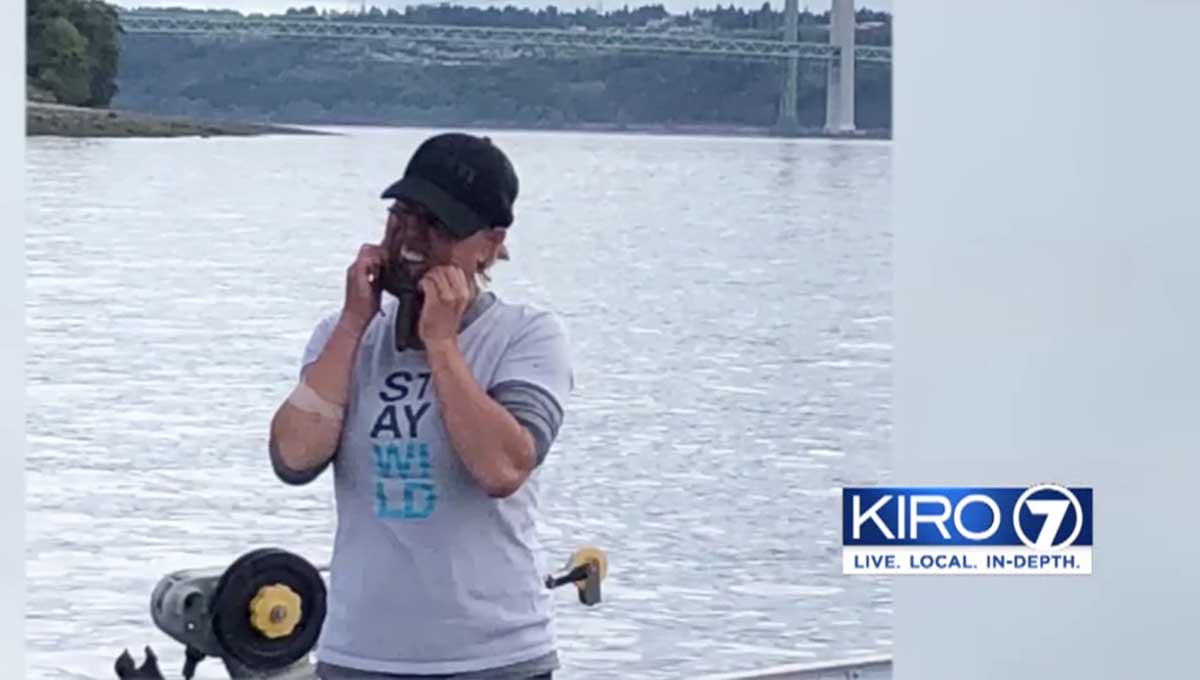 A woman from Washington State who was participating in a salmon fishing derby spotted a small octopus and decided to stick it on her face and have her photo taken. Unfortunately, the octopus wouldn't let go and it gave her a venomous bite on the chin, too, which resulted in a nasty infection. She had to go to the hospital for treatment.

“[My friends] noticed my face had changed,” she said. “We couldn’t get the beak to dislodge ― it was like a prong.”

Although Bisceglia eventually freed herself from the octopus, she bled profusely for 30 minutes afterwards.

“There’s still a pus pocket and there’s a spot under my chin,” she said.

Trombonist plays 'Flight of the Bumblebee" on a watering can

Trombonist Martyn Stroud offers this humble disclaimer on his rousing watering-can rendition of Nikolai Rimsky-Korsakov’s “Flight of the Bumblebee,” “This is not an art form. It’s not even going to be accurate, but it is good fun.” That striped yellow-and-black shirt he’s wearing is a nice touch. (Neatorama, ClassicFM) screengrab via Martyn Stroud/Facebook