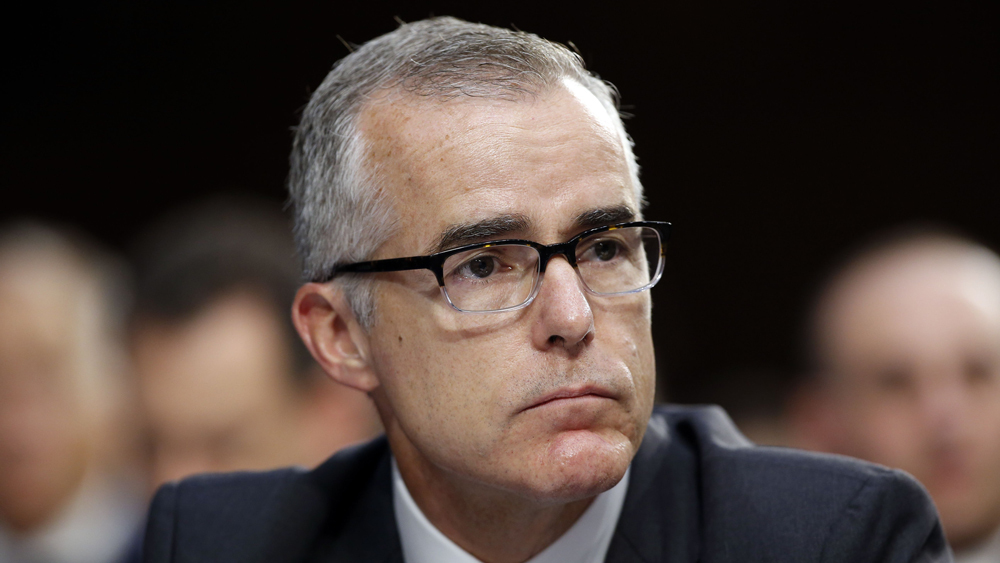 Washington observers say there are a growing number of signs that federal prosecutors in Washington are in the final stages of deciding whether to indict Andrew G. McCabe on charges of lying to federal agents.

The former deputy F.B.I. director has been a frequent target of President Trump.

“An indictment would be certain to draw praise from Mr. Trump, who has made his attacks on Mr. McCabe a centerpiece of his yearslong campaign to discredit the Justice Department and the F.B.I. over the Russia investigation,” reports Adam Gold at the New York Times:

In two meetings last week, Mr. McCabe’s lawyers met with the deputy attorney general, Jeffrey A. Rosen, who is expected to be involved in the decision about whether to prosecute, and for more than an hour with the United States attorney for the District of Columbia, Jessie K. Liu, according to a person familiar with the meetings. The person would not detail the discussions, but defense lawyers typically meet with top law enforcement officials to try to persuade them not to indict their client if they failed to get line prosecutors to drop the case.

An indictment of a former top F.B.I. official is extremely rare and would be the latest chapter in the saga of Mr. McCabe, who was fired last year over the issue now under criminal investigation — whether he failed to be forthcoming with internal investigators examining the F.B.I.’s dealings with the news media.

Prosecutors Near Decision on Whether to Indict Andrew McCabe [NYTIMES, image: shutterstock]

The irony if McCabe were indicted for false statements to investigators about his decision to approve dissemination of info to the press confirming ...

.... an investigation into the Clinton Foundation. https://t.co/uepaL8WRBH

In two meetings last week, McCabe’s lawyers met with the deputy attorney general, Jeffrey A. Rosen, who is expected to be involved in the decision about whether to prosecute, and with the United States attorney for the District of Columbia, Jessie K. Liu. https://t.co/ZVmFdk7eNB