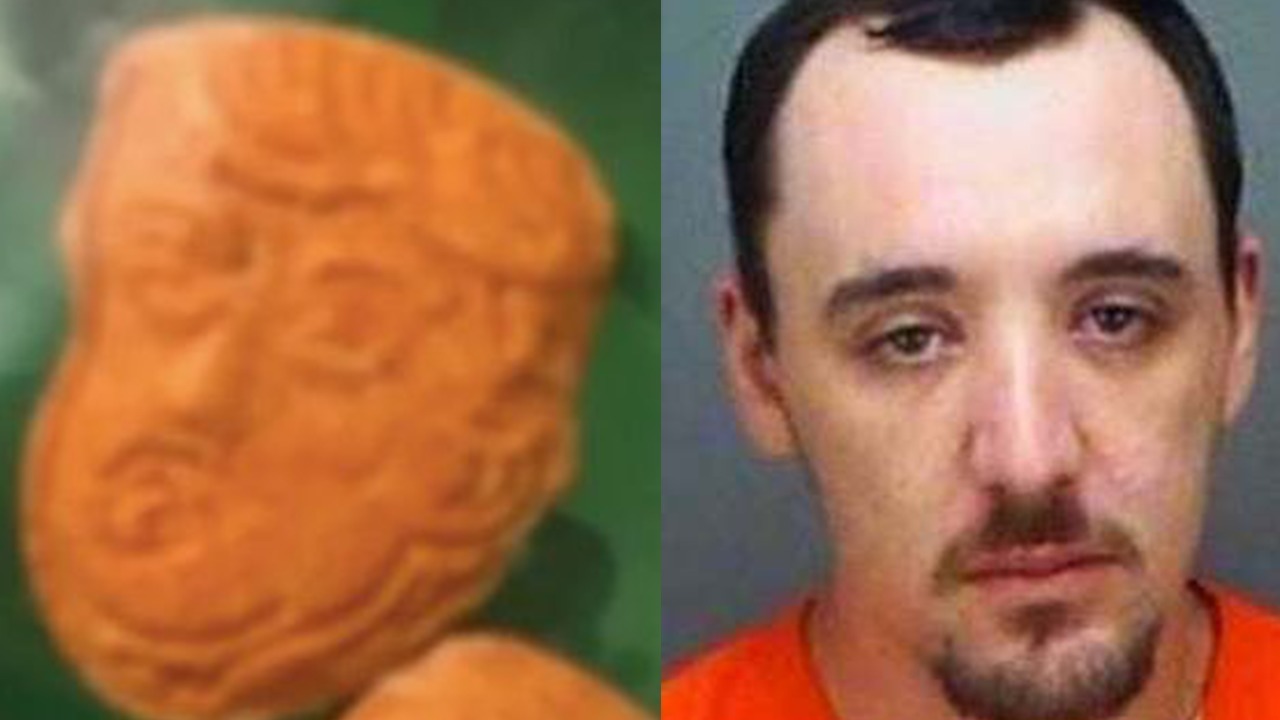 You know which part we object to most, dear reader.

A Florida man was found by police to be in the possession of ecstasy pills formed in the shape of illegitimate, popular-vote-losing U.S. President Donald Trump's head.

The accused MDMA-haver has been charged with unlawful possession of controlled substances, according Pinellas County court documents.

Brendan Dolan-King, 23, was charged on Friday in Clearwater, Florida after police searched his apartment in June and discovered fentanyl and five orange pills shaped like Trump’s head, which were later found to contain the hallucinogen MDMA, or ecstasy.

The confiscation resembles one in Indiana in 2018, when the Lafayette Courier-Journal reported that police patrolling an interstate highway seized an orange tablet in the shape of the 45th U.S. president’s head, with his lips puckered on the front and “Great Again” printed on the back.