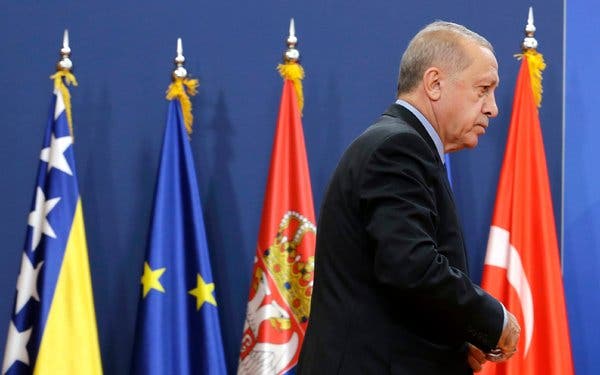 Turkey has launched an attack against US-allied Kurds in Northern Syria, after Donald Trump expressed his support for the military assault in a now-infamous phone call to Turkish president Tayyip Erdogan.

• Turkish warplanes and artillery are striking militia positions in several towns in the border region.

• The United Nations Security Council will meet on Syria behind closed-doors on Thursday, diplomats said, after Turkey launched a military operation against Kurdish fighters in the northeast of the country.

• In announcing the start of Turkey's military action, Erdogan today said the goal is to eliminate a “terror corridor” on Turkey’s southern border.

• NATO Secretary General Jens Stoltenberg today: “I count on Turkey to act with restraint and ensure that any action it may take in northern Syria is proportionate and measured,” he said after meeting Italian Prime Minister Giuseppe Conte. “It is important to avoid actions that may further destabilize the region, escalate tensions and cause more human suffering.”

• Chaotic scenes in northern Syria as people flee for their lives.

More below. This is a developing story, and this post will be updated.

NB: Lots of reporting this week that the US had "closed off" the airspace around the Syrian border I think reflected a misunderstanding of what the US actually did, which was cut Turkey out of ISR feeds they'd been getting as part of the "security mechanism." Not the same thing. https://t.co/Nd0mnaphNI

Facing impeachment, Trump has - by all accounts on a capricious whim - taken military action that appalls his two most important political supporters: Senate Republicans and evangelical Christians. https://t.co/SXgKI9vedb

Here’s why #Turkey matters: we’re safer at home b/c the Kurds helped us fight ISIS. @realDonaldTrump just gave a green light to Turkey — where he has millions of $ in business — to slaughter the Kurds. This only benefits Trump, not you, & Kurds will die. Who will help us again?

In 1916, the world stood by as the Ottoman Turks committed genocide against the Armenians—a genocide that helped shape the Holocaust. Are we about to witness a similar ethnic cleansing in the same region of the world?

This sums up a lot of Republican feeling right now:

"Yeah, I disagree with what he’s doing now, I wish it wasn’t happening, but I still fully support it."