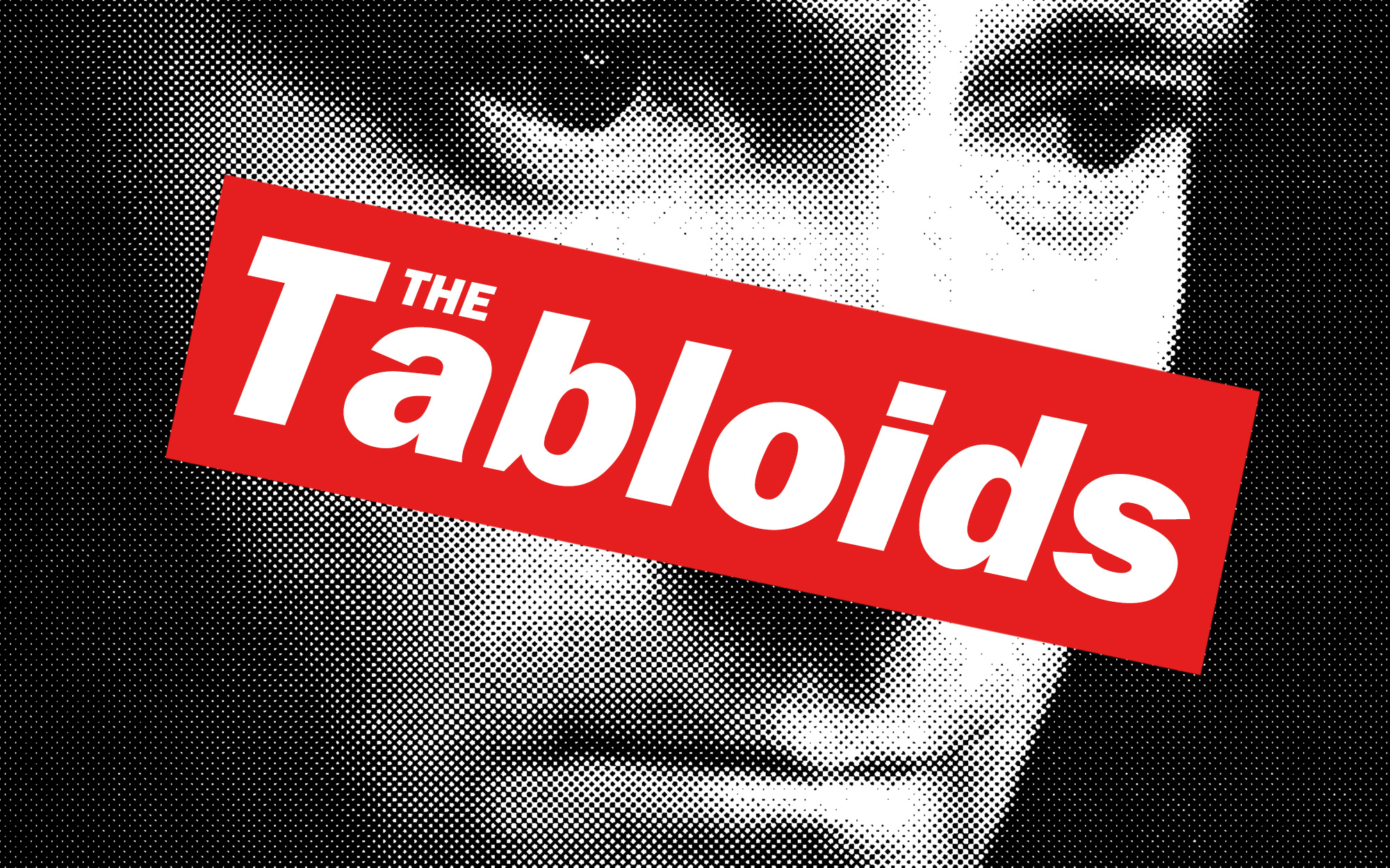 If the universal wave function is objectively real, why shouldn’t we equally believe the ‘Globe’ when it reports about rocker “Phil Collins - Dead By Christmas! Friends fear for frail legend”?

He’s using a cane to walk on stage, so he must have only ten weeks to live, the tabloid calculates with actuarial accuracy. After all, any doctor can tell you that using a walking stick is a sign that you have less than three months to live. And embarking on an arduous stage tour is a well-known sign of impending demise. Just ask Michael Jackson.

Britain’s Royal Family have long lived in an entirely different universe from the Royal Family depicted in the tabloids, and it doesn’t take a wave function collapse to see that the tabloid Royals are having a much tougher time of it than the ones living in the universe most of us know.

“Royal Fury! Queen Slaps Nephew!” reports the ’National Enquirer,’ borrowing from Elton John’s memoir ‘Me’ a light-hearted anecdote about the Queen playfully slapping Viscount Linley in the face several times, in what is an obvious joke by a self-deprecating monarch. Or in the tabloid universe, it’s what the ‘Enquirer' calls it a “shocking attack” in a display of “Royal fury."

“Charles in Charge!” screams the ‘Globe,’ visiting the same parallel universe. "Ruthless Prince Charles has snatched the crown away from his ailing mom.”

In this alternate reality Her Majesty is “secretly battling bladder cancer and refusing treatment because she’s too frail” and son Prince Charles has taken over her Royal duties, much to the delight of his wife. “Camilla’s been guzzling her gin in celebration and braying drunkenly to her servants that they’re in charge for good and everybody had better toe the line or else!”

Duchess of Sussex “Meghan Hits Harry With Booze Ban.” reports the ‘Enquirer,’ entering a universe where Meghan confides her closest secrets only to tabloid reporters. She has allegedly demanded that hubby Prince Harry quit boozing to increase their chances of conceiving another child, though it’s unclear from the story whether that’s because booze makes the Prince suffer performance failure, or if Meghan is more concerned with sperm motility. Enquiring minds want to know, but alas, aren’t told.

Country singing couple Garth Brooks and Trisha Yearwood’s 13-year marriage is the subject of the ‘Globe’ cover story “Garth & Trisha’s Marriage Explodes!” It’s getting so that country stars can’t argue in public any more without reporters claiming their marriage is over. The tabloids have been predicting the end of this union for years, and somewhere in the multiverse that may well be true - but in this universe we’re still waiting.

And the reports from an alternate universe keep coming.

“Bewitched!” proclaims the ‘Enquirer.’ "Angelina Falls For Michell Pfeiffer.” Angelina Jolie reportedly told her ‘Maleficent: Mistress of Evil’ co-star Michelle Pfeiffer how much she loved her in 1982 movie musical ‘Grease.’ Unnamed insiders say “Angie is still swooning for her glamorous idol!” Let’s all forget the fact that Pfeiffer is long married to David E Kelley.

“Lisa Marie Closing Graceland!” declares the ‘Globe.’ Elvis Presley’s daughter allegedly wants to move “home” because she’s broke. But Graceland is a cash cow that keeps the Presley estate rolling in moolah. This story makes no sense, though in some alternate universe where Elvis is alive and working at a Burger King in Peoria it doubtless rings true.

Ashton Kutcher and Mila Kunis are the subject of the ‘Globe’ story under the headline “Ashton’s threat to Kill Wife Mila.” Kunis has admitted asking Kutcher how he’d react if in 20 or 30 years time she appeared on a ‘Real Housewives’ reality TV show. “I would kill you,” he replied. Yep, that’s a death threat if I ever heard one. He should expect the FBI hammering on his door any second now.

Felicity Huffman, currently serving a 14-day prison sentence for her role in the college cheating scandal, is pictured by the ‘Enquirer’ walking her dog recently past the Lake Hollywood reservoir where a large sign posted barring dogs is posted beside the entry gate. “Huffman Looking For Trouble Again?” asks the headline. Not in this universe, as the actress kept walking past the sign and didn’t take her excessively-groomed poodle-mix onto the dog-free reservoir path, If she did, you can bet that any self-respecting (or self-loathing) paparazzi would have called Parks & Recs to get a Ranger over pronto to photograph her receiving a citation.

‘Us’ magazine continues its tradition of journalistic excellence with its cover story “Married to a Monster. Matt Lauer’s Wife Breaks Her Silence.”

Only one minor quibble: Lauer’s Annette Roque doesn’t say a single word to ‘Us’ mag. Not one. Nevertheless, the story claims she is “breaking her silence for the first time.” Yes, Roque’s lawyer issued a statement last week saying “her priority and only concern is for their wonderful children,” but that’s hardly Roque “breaking her silence.” Even the attorney’s statement didn’t quote Roque, who despite the ‘Us’ mag cover headline isn’t Lauer’s wife, but is his ex-wife since their divorce has been finalized. It’s just an excuse to salaciously rehash Lauer’s alleged infidelities.

Fortunately we have the crack investigative team at ‘Us’ mag to tell us that Olivia Culpo wore it best, that ‘Avengers’ actress Elizabeth Olsen admits “I’m such a minimalist. I don’t collect anything,” that Patricia Heaton carries sunglasses, gum and lip balm in her deeply revealing Bottega Veneta purse, and that the stars are just like us: they ride bikes, feed parking meters, and eat popcorn at the movies. Shocking.

Though it should be taking place in an alternate universe, it’s happening in this one: Quilted Northern toilet paper’s 15th annual competition for a wedding dress made of bathroom tissue attracted more than 1,500 entries, according to ‘People’ magazine. This year’s winner reportedly fashioned a gown crocheted from 48 rolls of toilet paper. That’s one way of selling a lot of toilet tissue. Just imagine how many entries they might get if the wedding gowns were crafted from old tabloid magazines, equally suited for the same task.