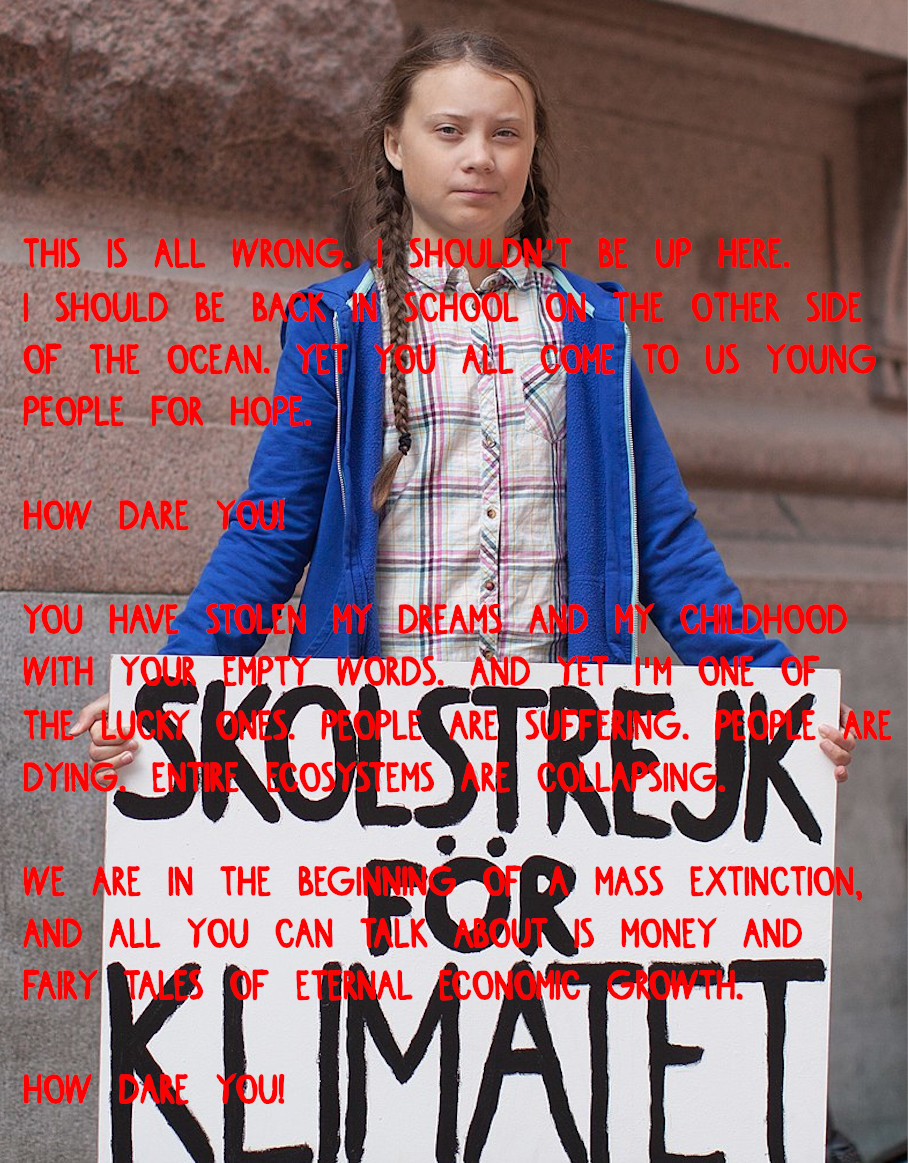 Uno's Greta Grotesk is a free font based on Greta Thunberg's hand-lettered signs.