Counterfeiter caught after he tossed test prints in his trash 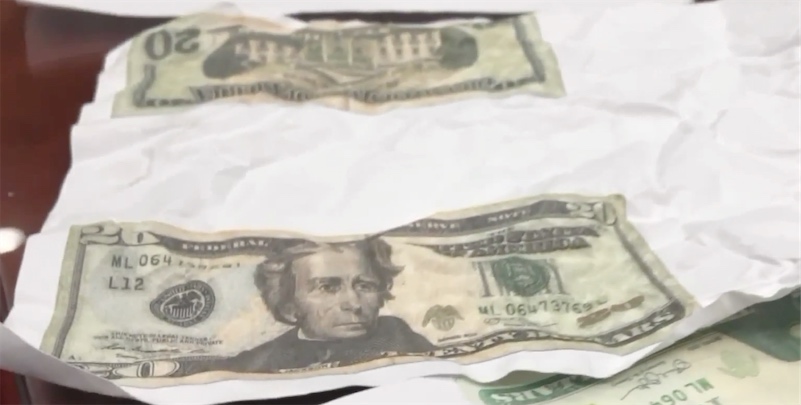 In Limestone County, Alabama, Christopher James Shock, 32, was arrested for counterfeiting after a garbage collector spotted bags filled with bills in Shock's trash cans and called police. A clue that the money was funny is that one of the $50 notes was printed on a the back of a receipt from Alabama Pardons and Paroles. From WHNT:

Investigators estimate between 10 and 30 thousand dollars in Shock's counterfeit bills are already in circulation.

If you have been passed a fake bill, Limestone County Sheriff's Office encourages you to turn it in to police.