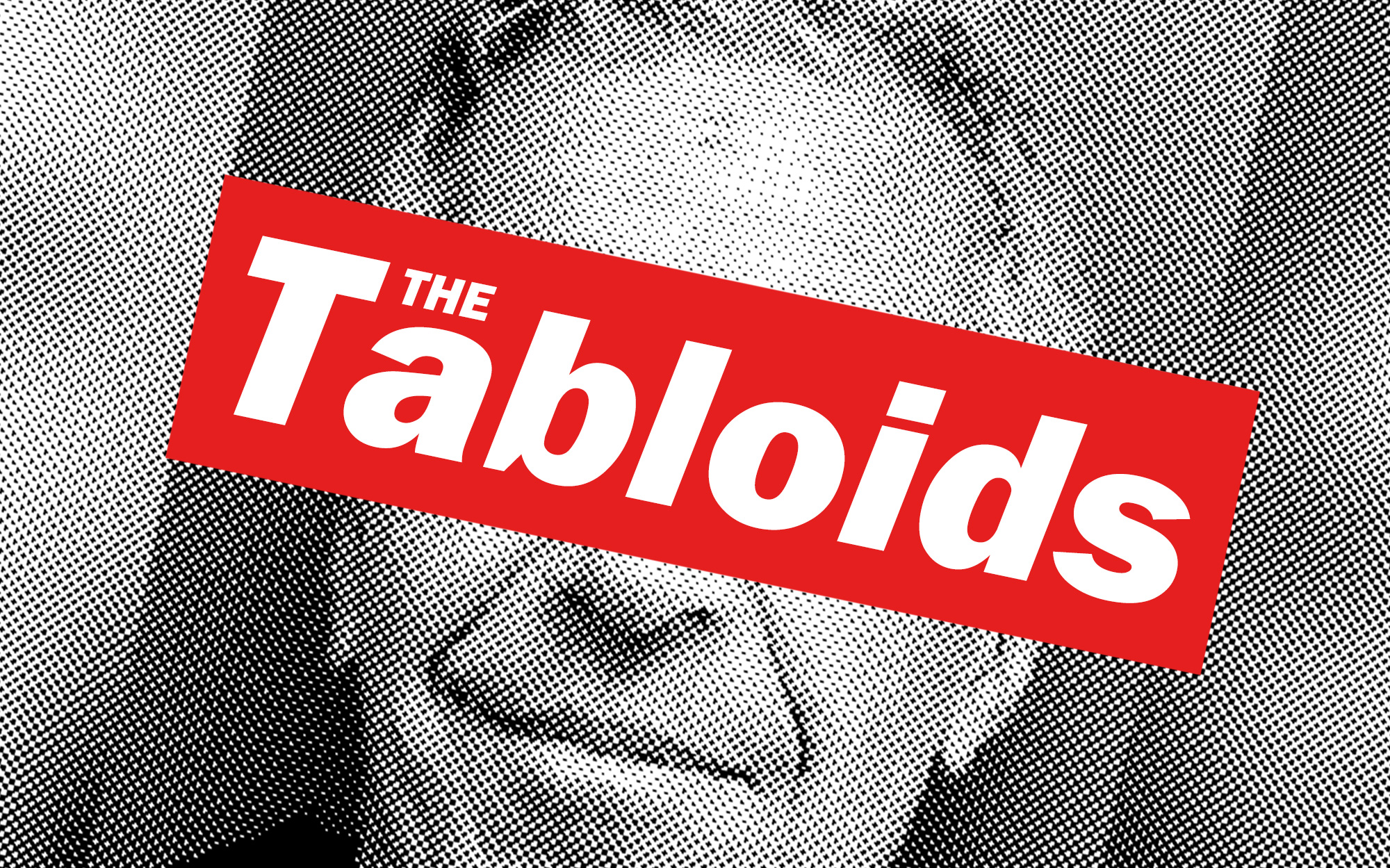 Barely 20 years into this nascent century ‘Us’ magazine’s cover story shines a spotlight on “The Trial of the Century.”

‘Us’ magazine predicts that the “Trial of the Century” will be ‘Full House’ actress Lori Loughlin’s college cheating scandal hearing, as she now faces “60 years in prison” and is sharing her “Sad Last Holidays With Her Daughters.”

Perhaps ‘Us’ mag would consider the outbreak of World War III a sad event in Lori Loughlin’s life?

Not that the 55-year-old actress has much longer to live, according to the ‘National Enquirer,’ which claims that she has come up with a novel way to escape years in jail: “Desperate Lori ‘Dying’ To Avoid Prison.”

The ‘Enquirer’ claims, apparently in all seriousness, that Loughlin “is dying to avoid prison.” Literally dying. with “internal bleeding and organ failure.” That’ll do it.

“Epstein Killer Caught on Camera!” screams the cover story in the ‘Globe,’ putting a face - or at least, the back of a head - to the alleged assassin who supposedly killed billionaire pedophile Jeffrey Epstein while awaiting trial in New York’s Metropolitan Correctional Center.

It’s a still photo allegedly taken from a CCTV video purportedly showing a prison guard outside the prison, photographed from the rear. How do we know it’s Epstein's killer, and not one of the dozens of guards turning up for work at the prison? Because the ‘Globe' tells us it’s “the hitman in a guard’s uniform.” Can’t argue with that logic. You also can’t argue with the fact that it’s the clearest, most detail-perfect CCTV screen grab in history, so it couldn’t possibly be a fake mock-up with a prison guard Photoshopped into a photo of the prison, could it?

With impeccable logic the ‘Globe' again repeats its conviction that CIA sources claim Britain's Queen Elizabeth II ordered Epstein’s murder, fearing that her son’s entanglement in the sex probe “would trigger a scandal that would bring down the monarchy.” Whereas sending an assassin into a New York prison, bribing numerous guards along the way, killing a billionaire and doctoring jailhouse CCTV feeds couldn’t possibly backfire or harm the Royal Family.

The Royal soap opera continues to fascinate the tabloids, and the ‘Enquirer’ devotes its cover to “Pregnant Kate’s Having TWINS. Dying Queen’s Last Hope!”

They’ve printed this story repeatedly over the past few weeks, but this time it’s promoted to the cover story, which tells you how quiet a week it’s been in the pre-Thanksgiving world of celebrities. Prince William & Duchess Kate are supposedly having a boy and a girl, claims the ‘Enquirer,' asking readers: “Can you guess the twins’ names?” Here’s a clue: The ‘Enquirer’ hasn’t the faintest idea what they’ll be called - if Kate is even pregnant, let alone having twins,neither of which has been confirmed by the Palace.

Naturally, “Meghan and Harry were totally consumed by jealousy” at Kate’s news, the ‘Globe’ adds for good measure.

You know it’s a deathly quiet news week when the ‘Enquirer’ fills seven useless pages with a feature: "20 Most Famous TV Detectives - Where Are They Now?”

They’re in the Enquirer, that’s where.

TV sit-com ‘Friends’ still fascinates the tabloids, prompting the ‘Enquirer’ to reveal Courtney Cox’s “Last-Ditch Plan to Save Matthew” Perry. “She’ll date him if he stays sober,” the rag claims. Sounds like the recipe for a short-lived romance.

"Jennifer Aniston “Flirts With Scientology!” claims the ‘Globe,’ which conjures images of the ‘Friends’ star fluttering her eyelashes over drinks at a bar with Tom Cruise. But no. The ‘Globe’ claims “she’s ready to see what it’s all about!” Presumably because she’s heard so many good things about the cult. Right.

The most convoluted story of the week appears in the ‘Globe,’ under the headline: “Brit-Bashing Barack Hates Malia Fiancé!”

"Barack’s really got it in for the Brits!” says an unnamed insider, summing up Obama’s “special relationship” with America’s former colonial masters.

In another revelation, ‘People’ discloses that Hanks is not the same as the character of Fred Rogers that he plays in his latest movie, ‘A Beautiful Day in the Neighborhood.’ Shockingly, ‘People’ reveals that Hanks and Rogers “are very different people.” Astonishing.

Fortunately we have the crack investigative team at ‘Us’ magazine to tell us that Gal Gadot wore it best, that Wilmer Valderrama can ride a unicycle and is “allergic to scallops,” that actress Elizabeth Chambers carries granola, Altoids and sea glass in her Santo Domingo bag, and that the stars are just like us: they go to restaurants, drink milkshakes and pump gas. Riveting, as ever.