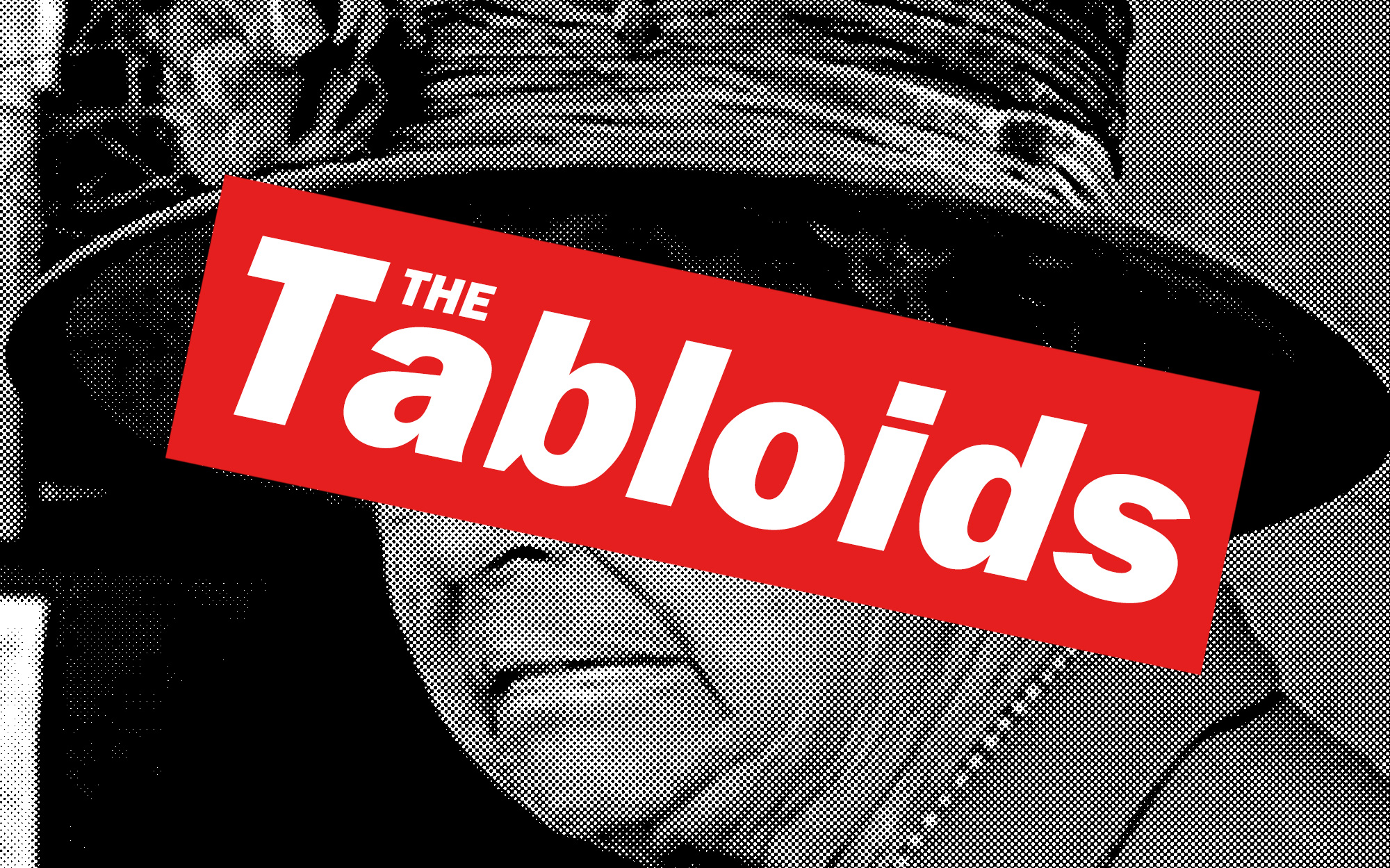 Surely it’s more likely being pecked to death by swans, or eaten alive by piranhas, being burned at the stake, or drowning in the Buckingham Palace pond? Her "worst nightmare” can’t possibly be as unimaginative as her son’s incarceration.

The headline spread across two pages inside declares: “Andrew Under House Arrest!” Yet the story makes it clear that he has not been arrested by police, or MI5, or Special Branch, nor anyone with the authority to make an arrest.

“The queen immediately ordered Andrew held under house arrest,” claims the ‘Globe’ - even though that’s something she’s simply not empowered to do.

The Queen has the right to claim ownership of mute swans in open water, claim dominion over whales and dolphins around British waters, can drive without a license and does not need a passport to travel - but arresting her son? Not one of her superpowers.

The "remote tower" where he’s being held? The Tower of London, of course, in the heart of the city, visited by tens of thousands of tourists daily. We’re supposed to believe that this is so much more secure than keeping him under house arrest at his isolated home at Royal Lodge Windsor.

Far from keeping her beleaguered son under house arrest, the ‘Enquirer’ claims that the Queen “gave her approval” for Andrew to fly to America to be interviewed by the FBI.

It’s a stark contrast to the ‘Globe' report which claims that the Feds have already had their way with the wayward Prince, and while in the Tower of London “he was questioned by an FBI team.” Of course he was. And no doubt next week the ‘Globe’ will tell us that the Tower of London’s execution block is being polished and the Beefeater guards are honing the executioner’s axe for Andrew, because in the tabloid world anything is possible.

It’s enough to send the rest of the Royal Family into the witness protection program, which may explain the ‘Enquirer’ story: “Kate & Meghan’s Plastic Surgery Secrets Exposed!”

Kate: facial fillers and Botox; Meghan: nose job to narrow and shorten her nose, brow-lift and facial fillers. At least, that's according to a doctor who has never met either woman, but has examined photos of them, which is presumably the preferred method of diagnosis under the latest AMA guidelines.

As a bonus, the ‘Enquirer’ throws in the face lift, vitamin injections and fillers allegedly undertaken by Sarah, Duchess of York, and a swipe at the male pattern baldness running rampant across the pates of Princes William and Harry.

The ‘Enquirer’ thankfully brings us a respite from the British Royal Family with its cover story on country music royalty: “Garth Brooks: Kidnap Terror!”

No, he hasn’t been snatched away in the back of a white van and held for ransom.

Brooks’ ex-wife was reportedly kidnapped by her lover in 2004, three years after she had split with the singer. The kidnapper recently moved to a home near Brooks, which presumably could concern his ex-wife, but is it really likely to trouble Brooks? Why would a man who was involved in a domestic dispute gone bad with Brooks’ ex-wife 15 years ago ever pose a “kidnap nightmare” for the singer? Enquiring minds really don’t want to know.

The tangled uncoupling of Brad Pitt and Angelina Jolie continues to confound the tabloids.

“Angie Tears Shiloh Away From Brad!” reports the ‘Enquirer,’ which claims that Jolie is taking daughter Shiloh for the holiday season, angering Pitt.

But hang on a second - ‘Us’ magazine reports on “The Jolie-Pitts Torn at Christmas,” claiming that Angie gets kids Maddox, Zahara and Pax, Pitt gets Knox, Vivienne and Shiloh for the holidays. Wait, what? Shiloh’s going with Brad? Hasn’t he read the ‘Enquirer’ story revealing that Angie has torn Shiloh away from him? Brad really needs to get with the program.

Tabloid cannon-fodder Johnny Depp has apparently had enough, and according to the ‘Globe’ is “ditching America for new life in Russia.”

But as the story progresses, the ‘Globe’ doesn’t seem at all certain where Depp might be heading, declaring that he will definitely head to Russia . . . "or another part of Europe, where he can get away from his money troubles and make a brand-new start.”
Or maybe he’ll go anywhere across the globe, as long as he returns every now and then to Hollywood, where he’s given up to $25 million to dress up as a pirate for a few weeks. Or he could just sell another piece of his property portfolio.

Guns, knives, poison plots, flaying alive and slow torture - none of these play a role in the revenge of Loughlin’s daughter Olivia Jade, who you may recall was ousted from the University of Southern California after her mother spent $500,000 to secure her admission in the nationwide college cheating scam.

Olivia Jade’s betrayal? She has returned to social media, against her mother’s wishes. Shock, horror.

Still, following the advice of her lawyer, Olivia Jade is not saying or doing anything to jeopardize her parents’ court case, so this “ betrayal” is really pretty much simply a kid not doing what her mother asked. Hardly warrants house arrest in the Tower of London.

Why is Olivia Jade defying her mother’s wishes and returning to YouTube, potentially jeopardizing the coming trial in which Loughlin faces decades behind bars? Selfish narcissism seems to be the answer: “I really miss it,” says Olivia Jade, poor thing. Being a social media star is “something I really like to do.” Indeed.

‘Us’ also teases a tantalizing cover page headline: "What Olivia Jade knew about college cheating scam & why she won’t be silenced.”

So . . . what did she know about the college cheating scam? ‘Us' mag hasn’t a clue - it’s never mentioned in the article.

Fortunately we have the crack investigative team at ‘Us’ mag to tell us that Amanda Seyfried wore it best, that ‘Fuller House’ star Candace Cameron Bure “can fall asleep anywhere,” and that the stars are just like us: they buy groceries, eat fast food, and roll their own luggage.

What makes this a banner week is that not one but two celebrities reveal the contents of their purses across two full pages in ‘Us’ mag: the sisters behind fashion label Rodarte reveal that Laura Mulleavy carries keys, a wallet and mints in her Cole Haan collaboration bag, while Kate Mulleavy carries cashew nuts, an iPhone and an expired pass to the Magic Castle in her Cole Haan collaboration bag. It’s twice the regular size “What’s In My Bag!” feature, so it has to be twice as good.

Most tasteful story of the week is the four-page special section in the ‘Enquirer’: “Sexy Stars Tell All: How I Lost My Virginity!”

The awkward loss of innocence of stars including Dwayne Johnson, Kim and Khloé Kardashian, Daniel Radcliffe, Celine Dion, Brooke Shields, Kevin Hart, Jessica Alba, Ashton Kutcher, Tina Fey and many more are all revealed in loving detail. This is why people want to be journalists.