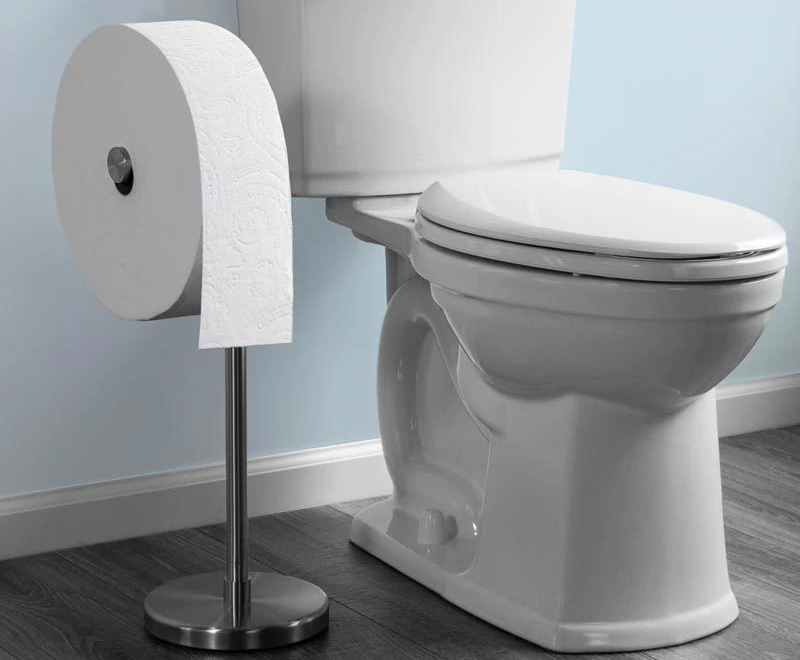 We received the Charmin Forever Roll with Stand [Amazon] as a joke gift but it has improved the quality of our lives immeasurably due to the sheer enormity of the roll, its portability, and the general improvement in bathroom logistics thereby facilitated. It is the best toilet roll holder.

Essentially, it's a nice metal stand designed to hold the commercial-size toilet rolls that usually go in the boxes mounted in public lavatory stalls. The up-front cost of the stand pays for itself over time because you can buy commercial rolls by the dozen, and in the meantime you won't have to worry about running out of toilet paper, yelling for replacing rolls, shuffling around looking for toilet paper with your pants around your ankles, etc.

Charmin's own Forever Rolls do fit it best, as they have a small-sized tube. But larger-tubed commercial rolls work just fine; they're just not quite as well-balanced or elegant on the tug.

It can also hold normal rolls, of course, or anything else you might want to drape over it, such as newspapers.