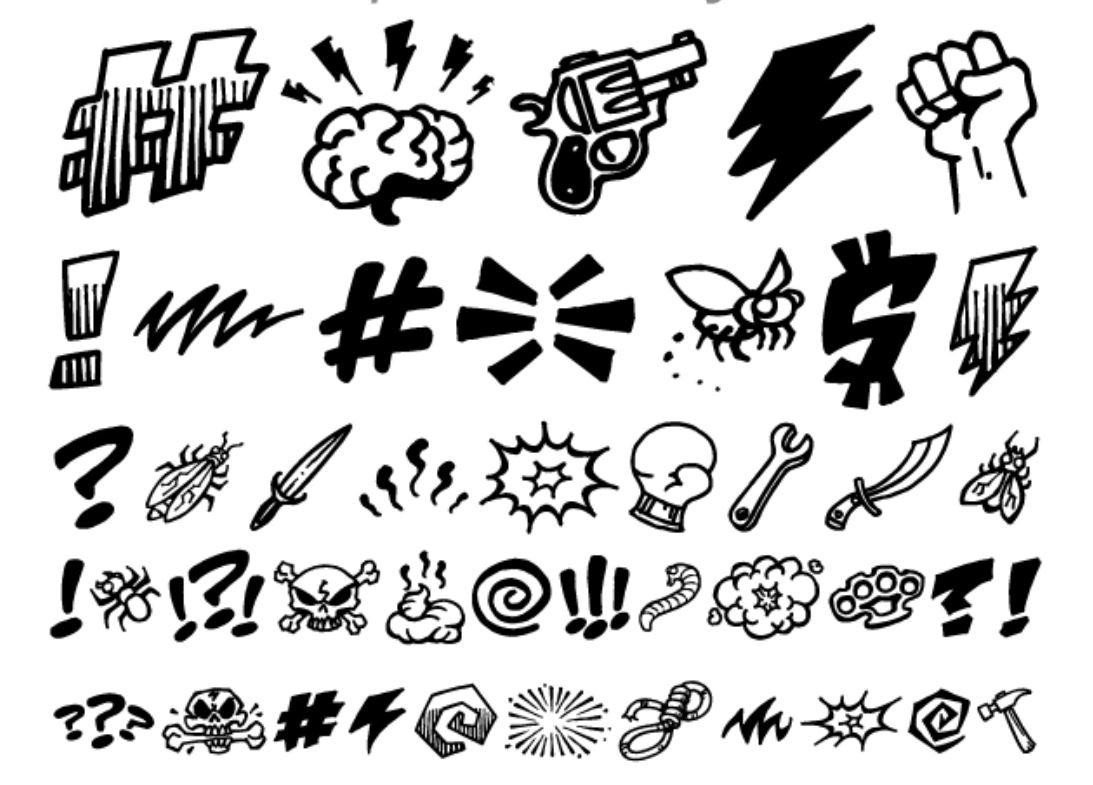 Agitrons: wiggly lines around a shaking object or character
Blurgits, swalloops: curved lines preceding or trailing after a character's moving limbs
Briffits: clouds of dust that hang in the wake of a swiftly departing character or object (?)
Dites: diagonal, straight lines drawn across flat, clear and reflective surfaces, such as windows and mirrors
Emanata: lines drawn around the head to indicate shock or surprise
Grawlixes: typographical symbols standing in for profanities (?), appearing in dialogue balloons in place of actual dialogue.[2]
Hites: horizontal straight lines trailing after something moving with great speed (?); or, drawn on something indicating reflectivity (puddle, glass, mirror)
Indotherm: wavy, rising lines used to represent steam or heat (♨️, ☕)
Lucaflect: a shiny spot on a surface of something, depicted as a four-paned window shape
Plewds: flying sweat droplets that appear around a character's head when working hard, stressed, etc. (?, ?, ?, ?, ?, ?, ?)
Quimps: planets resembling Saturn, used to replace obscenities
Solrads: radiating lines drawn from something luminous like a lightbulb or the sun (☀️, ☼, ?, ?, ✨, ?, ⚟, ?, ?, ?, )
Squeans: little starbursts or circles that signify intoxication, dizziness, or sickness (?)
Vites: vertical straight lines indicating reflectivity (compare dites, hites)