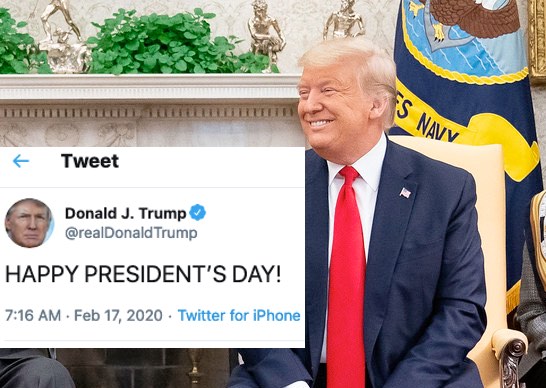 Can't tell if it's because he's an illiterate dunce, or a narcissist. The singular form: “President’s Day.” Perhaps he thinks it's all about him?

Today in the United States, we celebrate Presidents’ Day, a federal holiday to mark the birthday of America's first president, George Washington.

The President of the United States, however, is celebrating a different holiday.

In 2020, this day is all about Trump himself, just like every other day in this kleptocratic hellscape.

politics / trump / what did he do now