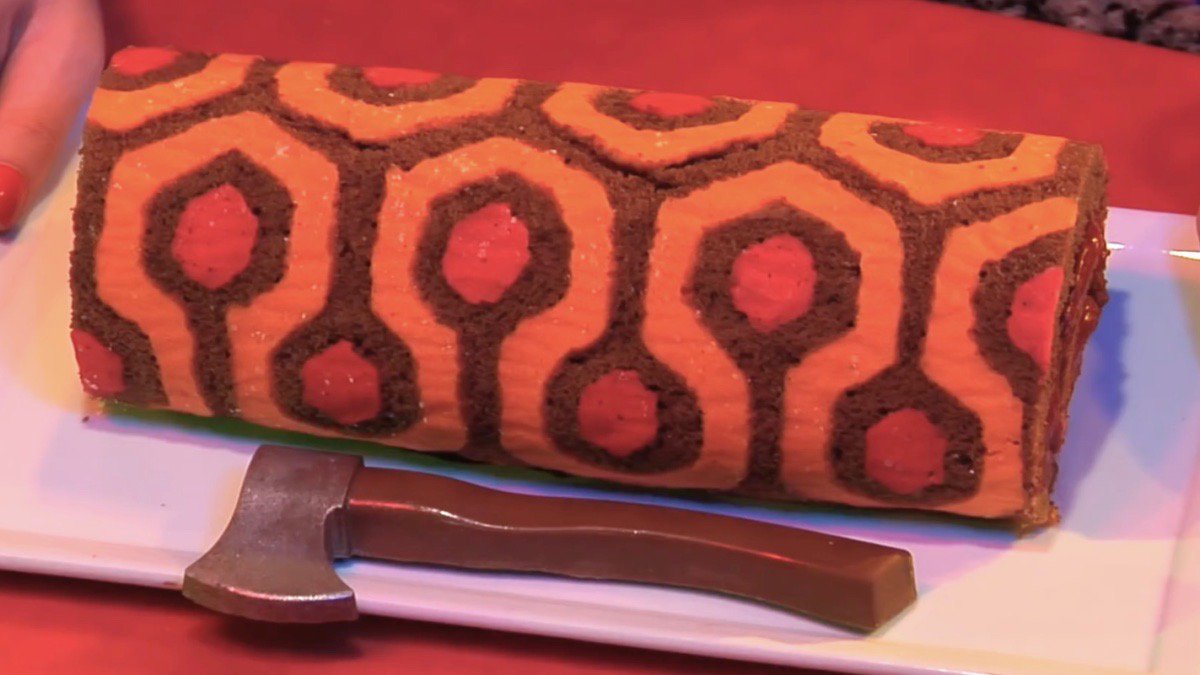 Kaci the Homicidal Homemaker made this deliciously sinister cake inspired by the carpet at the Overlook Hotel. [via Marshall Julius]