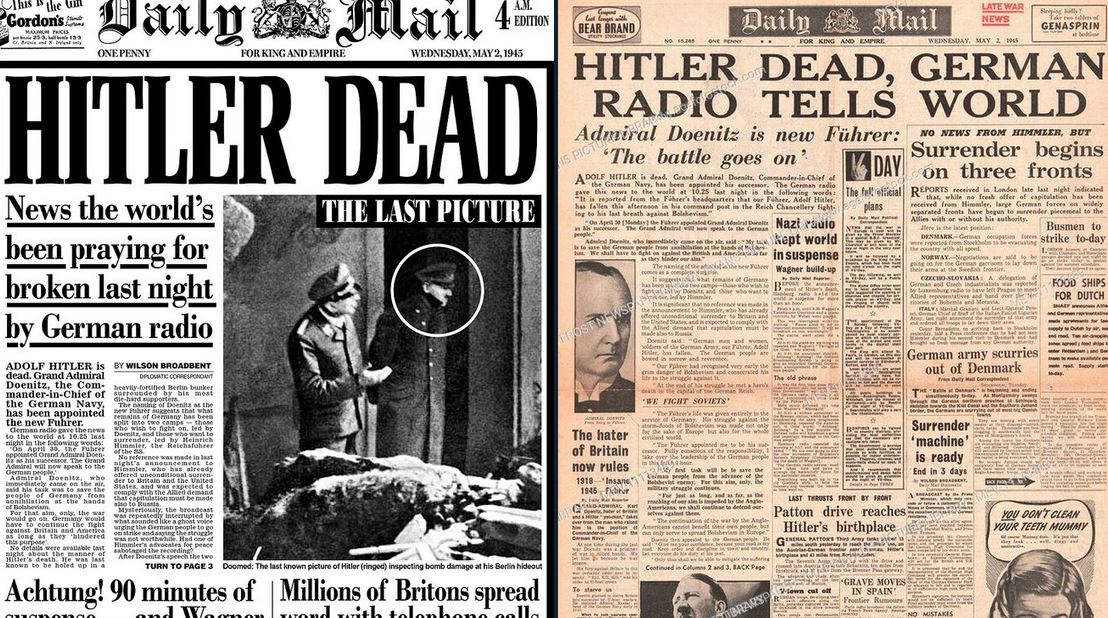 Just a few days ago, UK tabloid The Daily Mail was caught fabricating a photograph of a famous athlete breaking coronavirus lockdown rules. It has a history of crude photoshop work passed off as news photography, but its latest effort is one for the ages: it fabricated its own coverage of Hitler's and Mussolini's deaths.

"Is it me or is this extremely weird: the Daily Mail forging its *own* archival front pages?" writes Huw Lemmey on Twitter. "Here's the one they say shows "Extraordinary Daily Mail pages from the day Adolf Hitler died 70 years ago this week" - and here's the actual one from same date."

This is a good example of what I said last time: it's not a conspiracy or, in this case, a conscious attempt to lie about a specific fact. Fabricating content is simply the content formula of The Daily Mail. The old newspaper page isn't optimized for present-day consumption, so they just made a new old page. The notion that this is inappropriate would be inconceivable to the people doing it, and criticism of it incomprehensible. They simply do not live in a world where those standards mean anything.

Of course, the newspaper openly supported fascism. Contrary to its new version of its old front page, Hitler's death was not an outcome The Daily Mail was praying for.