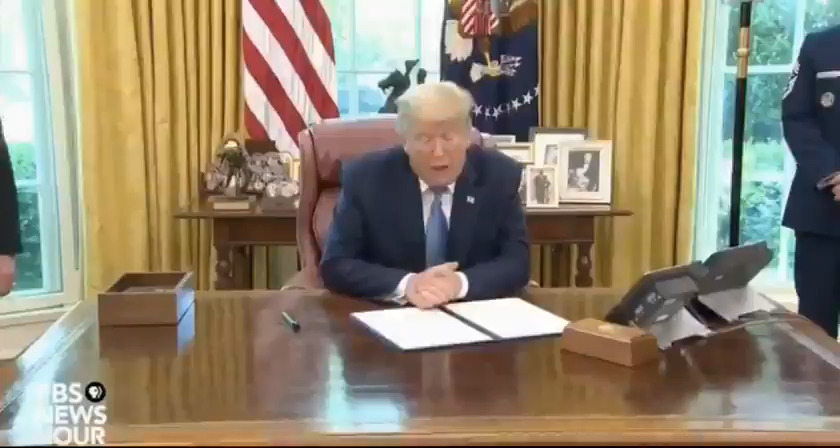 Donald Trump bragged about the new "super duper" missile which he says will be 17 times faster than current capabilities.

At a Space Force event the President said the US is working on “super duper missiles.”

The Pentagon directed questions for clarification to the WH, and Press Sec referred to the President’s comments and back to DOD. A Pentagon spox finally provides an answer👇 https://t.co/iqb6rb7udD

“I call it the super duper missile.”

An actual quote by the sitting president of the United States. pic.twitter.com/LqoC589W9k

President Trump teased what he called a new weapon that could attack at such a high speed it would overwhelm an enemy's defenses. "I call it the Super Duper Missile," he said.

It wasn't immediately clear what missile the president was describing. https://t.co/zc7qKM8Fta