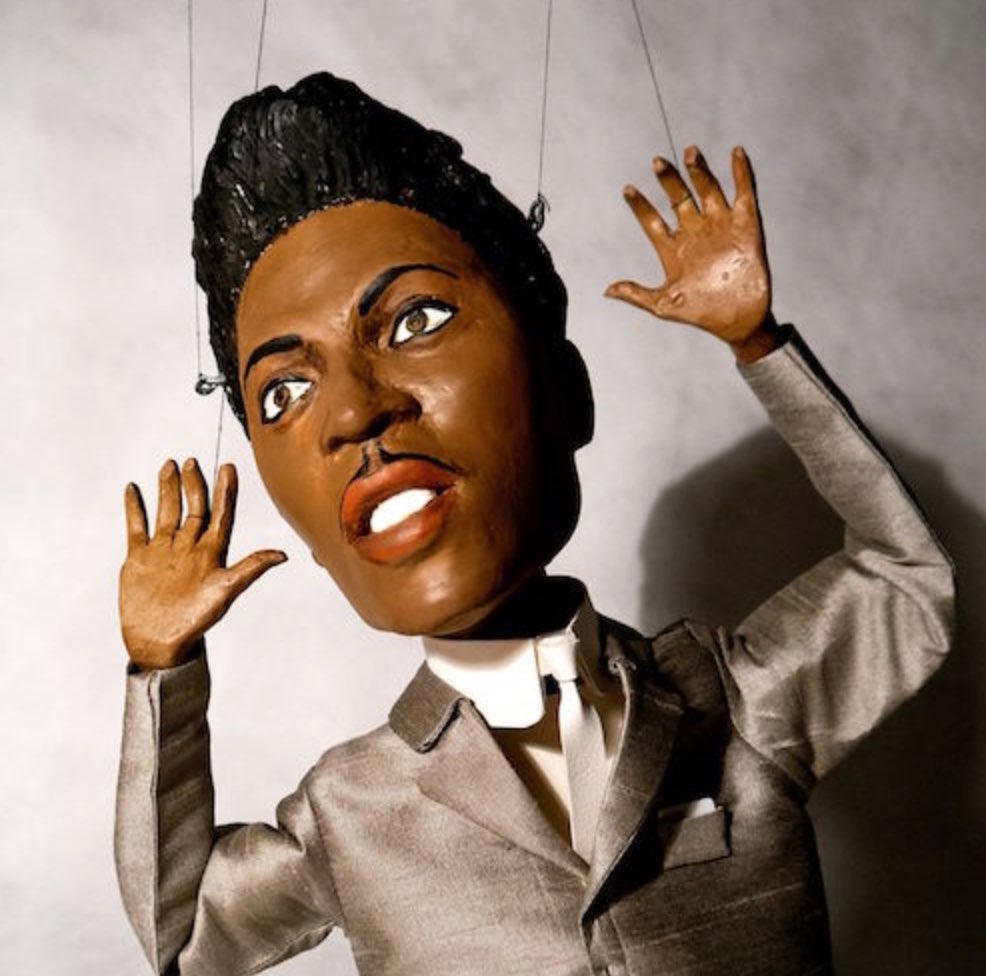 When the “cast” of puppets grows to 20 or so, I’m planning on making a video showcasing their individual musical styles plus a series of short clips based on the photographs of Gene Vincent and Eddie Cochran passing time in the dressing room of the Glasgow Empire theater. I quite like the idea of two marionettes in a small room not doing very much, just idle movements.