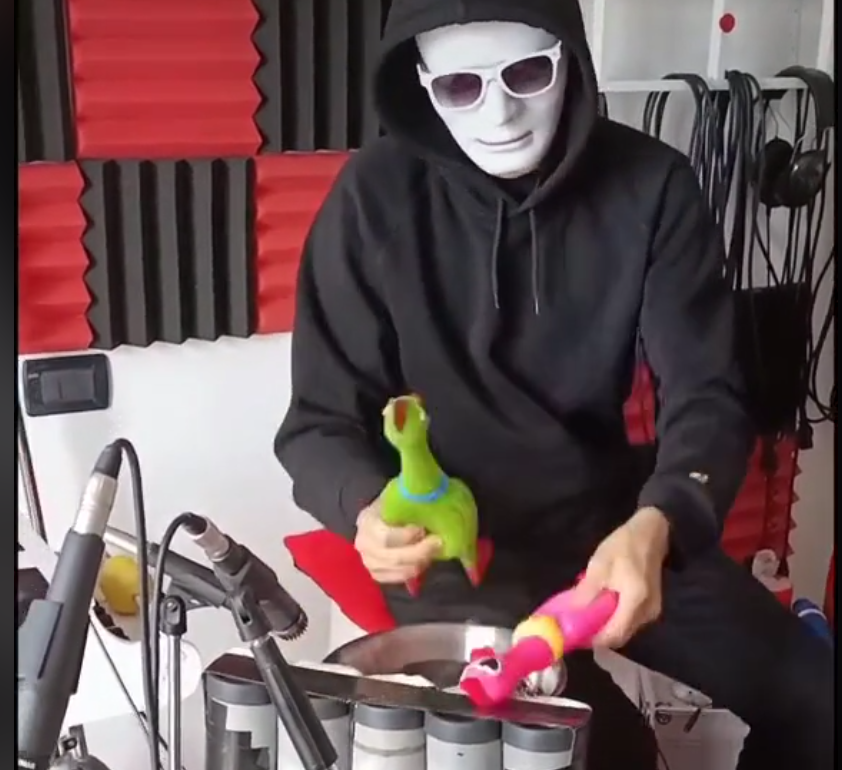 Zeroelectrodrum is a one-man-band electronic beatmaker. I have no idea how this magic happened, but wow, it's something else.