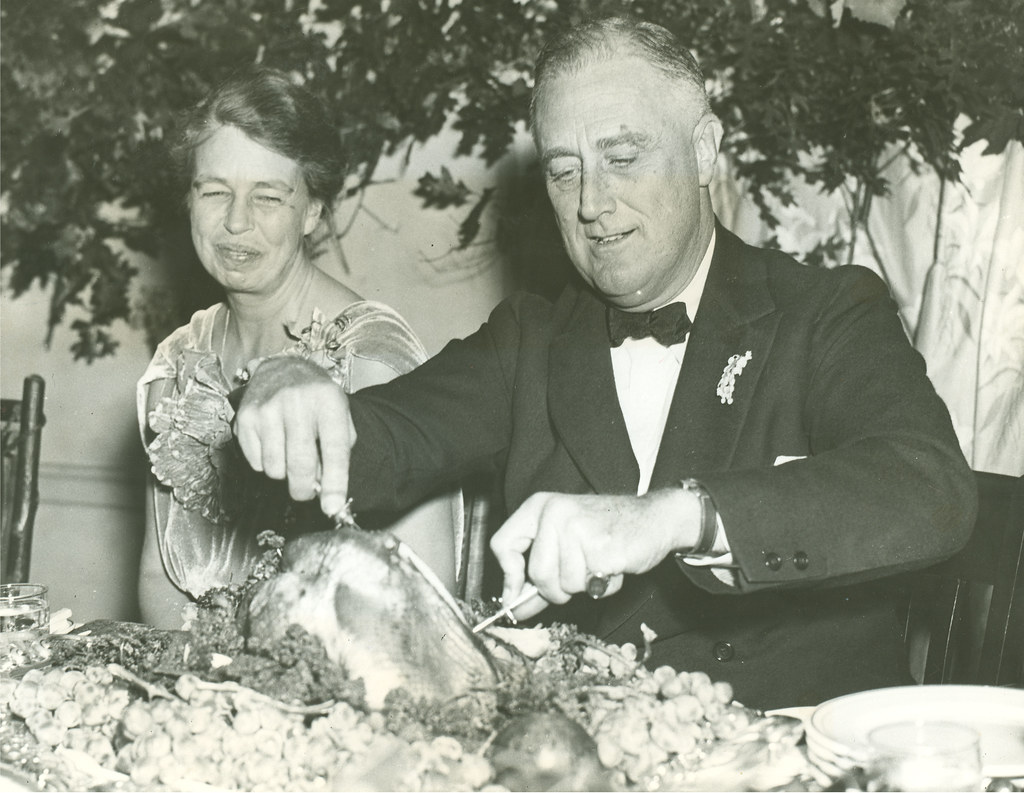 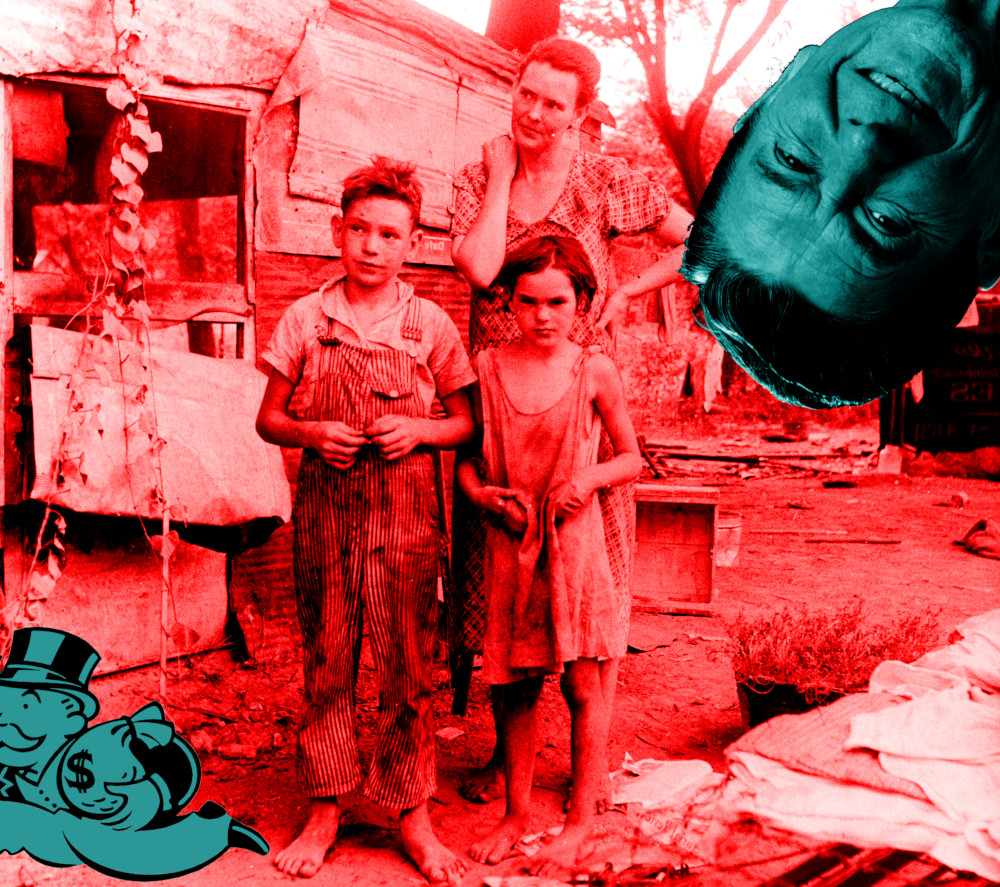 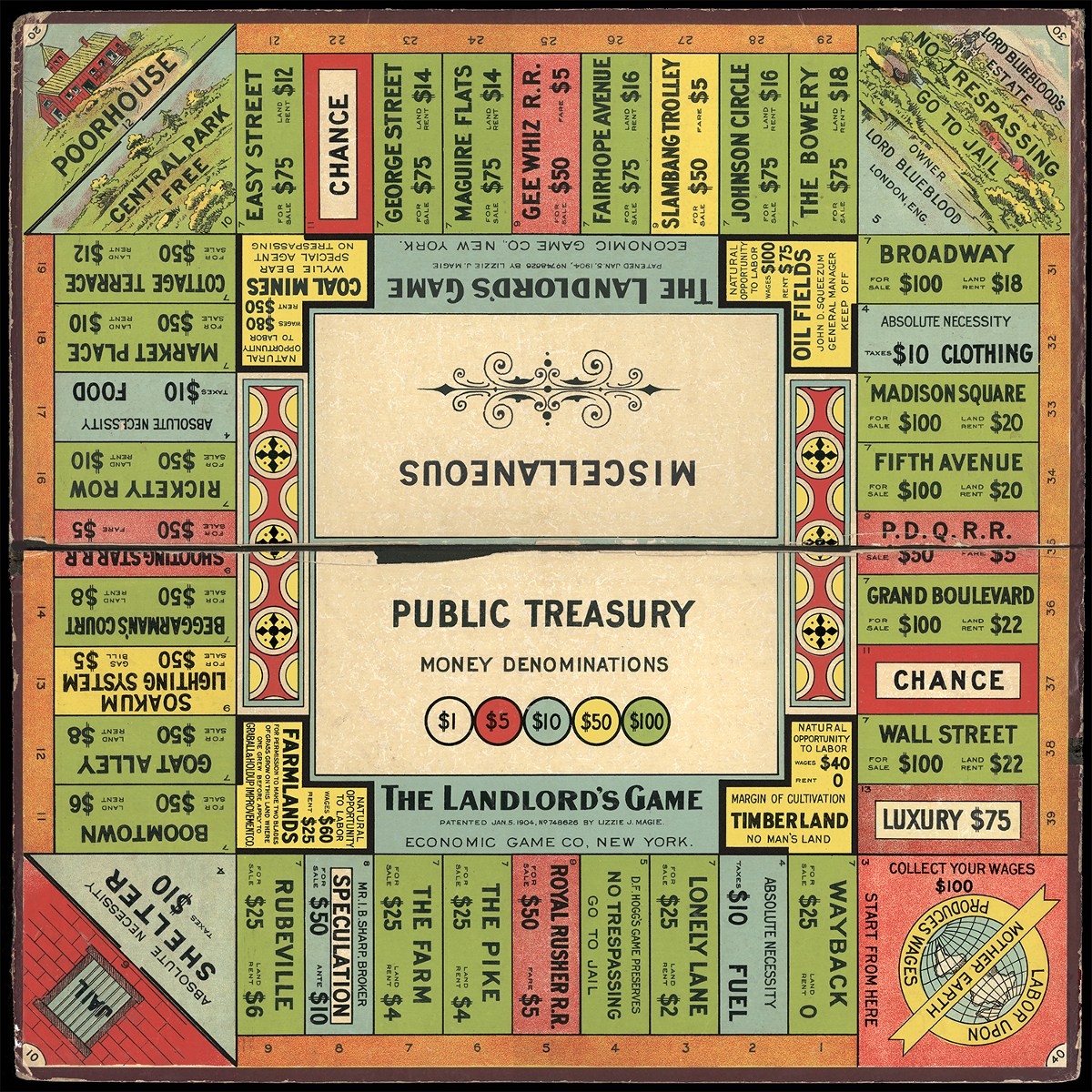 There was a time when monopolistic control over sectors of the US economy was vigorously checked through antitrust enforcement, but the neoliberal ideology of the Chicago economists (Milton Friedman et al) has eroded competition in America by convincing regulators that monopolies only need to be policed under very specific (and almost unheard-of) circumstances. Read the rest 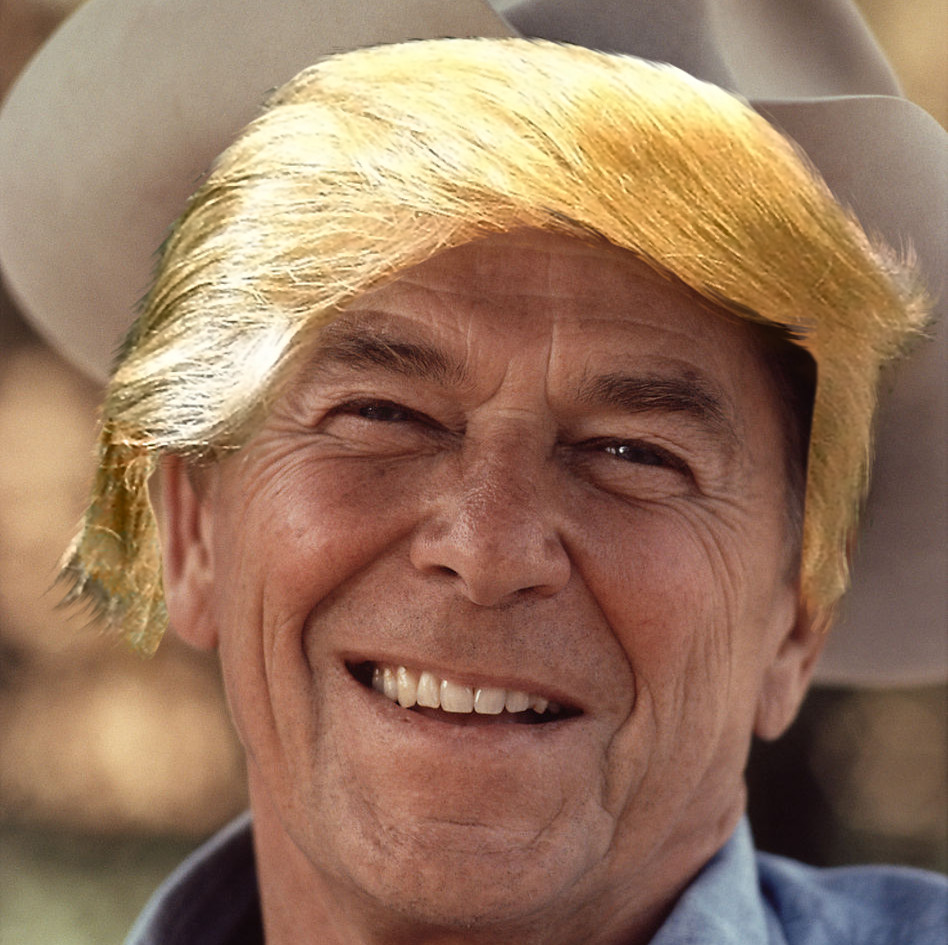 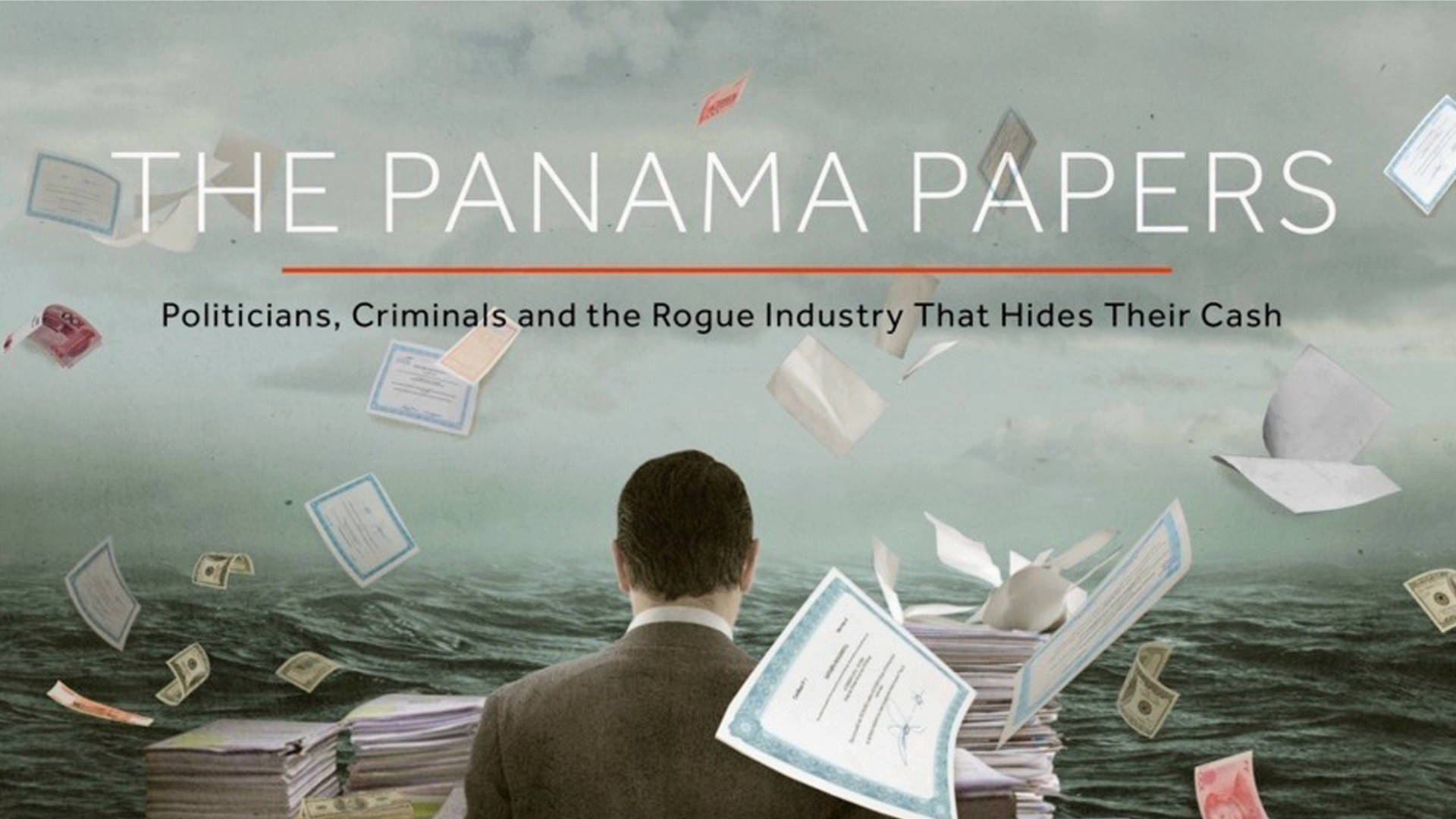 Nobel prize-winning economist Joseph Stiglitz has resigned from the Panamanian committee set up to probe the country's money-laundering industry in the wake of the Panama Papers leak, because the Panamanian government has reneged on its promise to publish the committee's findings and now says it will keep them secret. Read the rest 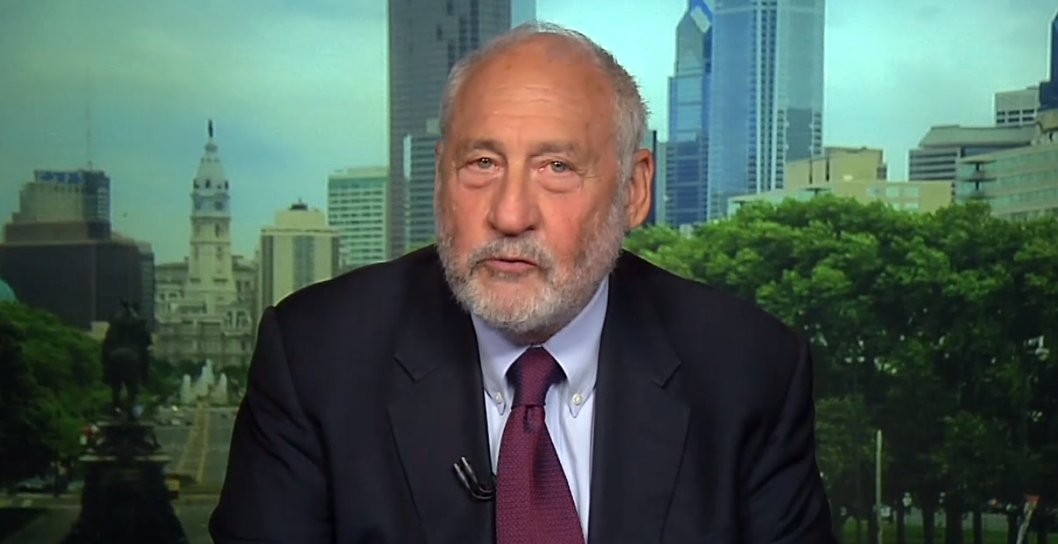 2001 Nobel laureate in economics Joseph Stiglitz has a long history of being on the right side of history. For example: pricing the Iraq war at $3T; raising the alarm about sovereign wealth funds acquiring US debt; nailing the double-standard on bailouts for debt crises (and the way that this destabilizes poor countries); sounding the alarm about austerity in times of recesssion; coming out early and strong over wealth concentration; calling for the imprisonment of the top executives at Barclays bank; and damning the TPP as "the worst trade deal ever." Read the rest 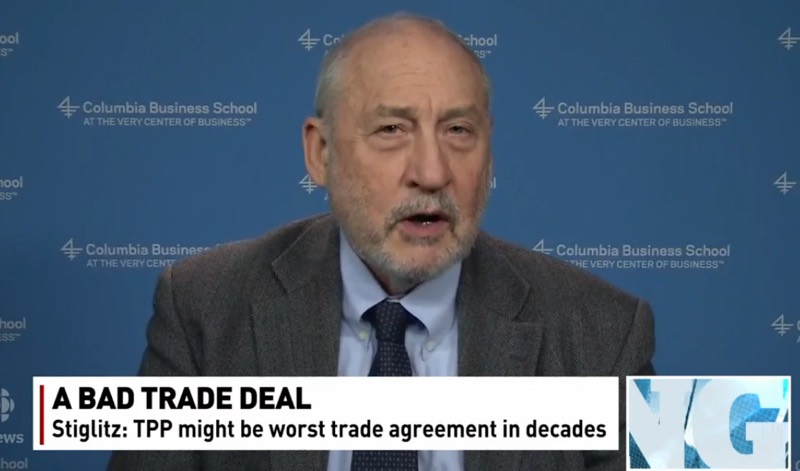 Nobel Prize-winning economist Joseph Stiglitz says the Trans-Pacific Partnership, or TPP, could be the worst trade agreement ever negotiated in history. In an interview with CBC News, he recommended that the government of Canada insist on reworking it. Read the rest

Why you're so busy

The Economist's feature on time-poverty is an absolute must-read, explaining the multi-factorial nature of the modern time crunch, which combines the equivalence of time and money (leading to leisure hours that are as crammed as possible in order to maximize their value), the precarity of the American workplace (meaning that affluent workers work longer hours), and the pace of electronically mediated communications (which makes any kind of refractory pause feel like a wasteful and dull eternity). Read the rest

Joseph Stiglitz -- former World Bank economist and Nobel economics laureate -- has a suggestion for dealing with the Barclay's bank scandals and those that follow: put bankers in jail. Read the rest

Laurence Lewis's Daily Kos editorial, "The cruel stupidity that is economic austerity," is a blazing indictment of austerity as a means of recovering from recession, and it cites experts and statistics showing that austerity programs (in Europe, particularly) are deepening the recession, destroying lives, and demolishing vital social institutions that are especially needed in economic downturns. Lewis's citations are not to the usual suspects in the fight against austerity, but rather to rock-ribbed conservatives and publications like The Economist, the chief economist of Standard Chartered, the IMF, the World Bank and the WTO. And there's Joseph Stiglitz, who compares austerity to medieval blood-letting: "when you took the blood out, the patient got sicker. The response then was more blood-letting until the patient very nearly died. What is happening in Europe is a mutual suicide pact."

How bad is it?

* In Greece, we now have record unemployment, which includes the majority of young workers. Homelessness is up 20 percent, with soup kitchens in Athens reporting record demand, and the usually low suicide rate having doubled. * Portugal has complied completely with the austerity demands it accepted for its bailout deal, but its debt is growing and its economy is shrinking, its unemployment rate continues to reach new heights, there is a crisis in medical care, and a 40 percent rise in emigration, with the Portuguese government acknowledging its own failure by actually encouraging its citizenry to leave. * In Spain, austerity has resulted in falling industrial output and deepening debt, with record unemployment and a stunning rate of 50 percent youth unemployment.

Nobel-winning economist Joseph Stiglitz writes in this month's Vanity Fair about the corrosive, self-reinforcing wealth concentration that has hijacked American politics, in which the America's future is sacrificed to give ever more money to an ever-smaller group of oligarchs. We've heard lots of people talking about wealth concentration before, but Stiglitz combines impeccable credentials with a lay-friendly explanation:

America's inequality distorts our society in every conceivable way. There is, for one thing, a well-documented lifestyle effect--people outside the top 1 percent increasingly live beyond their means. Trickle-down economics may be a chimera, but trickle-down behaviorism is very real. Inequality massively distorts our foreign policy. The top 1 percent rarely serve in the military--the reality is that the "all-volunteer" army does not pay enough to attract their sons and daughters, and patriotism goes only so far. Plus, the wealthiest class feels no pinch from higher taxes when the nation goes to war: borrowed money will pay for all that. Foreign policy, by definition, is about the balancing of national interests and national resources. With the top 1 percent in charge, and paying no price, the notion of balance and restraint goes out the window. There is no limit to the adventures we can undertake; corporations and contractors stand only to gain. The rules of economic globalization are likewise designed to benefit the rich: they encourage competition among countries for business, which drives down taxes on corporations, weakens health and environmental protections, and undermines what used to be viewed as the "core" labor rights, which include the right to collective bargaining.

Who benefits from US tax-cut extension? [Chart]

The graphic shows how much Americans have gotten so far broken down by income groups. And it calculates that extending all of the Bush Tax Cuts for the next decade will cost another $2.7 trillion (through 2020)."

Your Coming Tax Cut (or Not)

"If you have a household that can't pay its debts, you tell it to cut back on spending to free up the cash to pay the debts. But in a national economy, if you cut back on your spending, then economic activity goes down, nobody invests, the amount of tax you take goes down, the amount you pay out in unemployment benefits goes up - and you don't have enough money to pay your debts.

"The old story is still true: you cut expenditures and the economy goes down. We have lots of experiments which show this, thanks to Herbert Hoover and the IMF," he adds. The IMF imposed that mistaken policy in Korea, Thailand, Indonesia, Argentina and hosts of other developing countries in the 1980s and 1990s. "So we know what will happen: economies will get weaker, investment will get stymied and it's a downward vicious spiral. How far down we don't know - it could be a Japanese malaise. Japan did an experiment just like this in 1997; just as it was recovering, it raised VAT and went into another recession."

Then why have we not learned from all that? Because politicians like George Osborne are driven by ideology; the national deficit is an excuse to shrink the state because that is what he wanted anyway. Because the financial market only cares about one thing - getting repaid.

How bad hyperinflation can get

The remarkable story about Zimbabwean hyperinflation:

The cumulative devaluation of the Zimbabwe dollar was such that a stack of 100,000,000,000,000,000,000,000,000 (26 zeros) two dollar bills (if they were printed) in the peak hyperinflation would have be needed to equal in value what a single original Zimbabwe two-dollar bill of 1978 had been worth. Such a pile of bills literally would be light years high, stretching from the Earth to the Andromeda Galaxy.

Nobel-prize-winning economist Joseph E. Stiglitz contrasts the American response to its economic crisis with the measures it shoved down the throats of poor countries during their crises, and discusses why rich-world double-standards ("Buy American/European" provisions in bailouts that only discriminate against poor countries) contribute to a global disillusionment in the values that the rich world nominally espouses: democracy, transparency, and so on.

Among critics of American-style capitalism in the Third World, the way that America has responded to the current economic crisis has been the last straw. During the East Asia crisis, just a decade ago, America and the I.M.F. demanded that the affected countries cut their deficits by cutting back expenditures--even if, as in Thailand, this contributed to a resurgence of the aids epidemic, or even if, as in Indonesia, this meant curtailing food subsidies for the starving. America and the I.M.F. forced countries to raise interest rates, in some cases to more than 50 percent. They lectured Indonesia about being tough on its banks--and demanded that the government not bail them out. What a terrible precedent this would set, they said, and what a terrible intervention in the Swiss-clock mechanisms of the free market.

The contrast between the handling of the East Asia crisis and the American crisis is stark and has not gone unnoticed. To pull America out of the hole, we are now witnessing massive increases in spending and massive deficits, even as interest rates have been brought down to zero. Banks are being bailed out right and left.

There's a good discussion revving up in the comment thread of Mark Frauenfelder's entry, Documentary examines possibility of US dollar collapse. The first major salvo came from Cowicide, twenty comments in, responding to arguments that the problem isn't that serious:

Not sure Operation Three Trillion Dollar War is helping too much, either... * Link to video, transcripts of video, audio, etc.

While we are at it:

Robert Kuttner on the “Most Serious Financial Crisis Since the Great Depression" * Link to video, transcripts of video, audio, etc.

How the Wealthiest Americans Enrich Themselves at Government Expense (And Stick You with the Bill)” * Link to video, transcripts of video, audio, etc.

Been smellin' it for quite a while, but it's getting stinkier and stinkier. Haven't even passed the dead skunk on the highway yet...

ConsideredOpinion came in with a balanced and knowledgeable analysis:

... Secondly - the impact of realignments will be felt unevenly across the economy. The super-rich will, by in large, remain insulated from these changes. The highly-educated (with marketable skills) will remain the most globally competitive, and barring labor movement restrictions should compete evenly against the best anywhere in the world for any currency.