Meet Saccorhytus, bloblike human ancestor that shat through its mouth 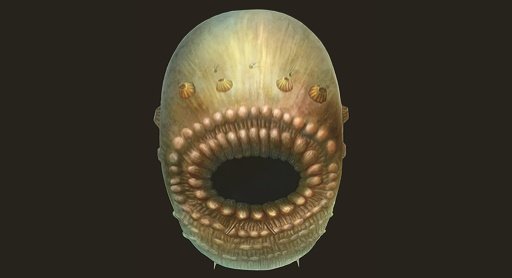 Behold the 540 million-year-old fossil remains of the earliest-known human ancestor! Saccorhytus was "likely an egg-shaped creature that ate and expelled from the same gaping orifice," just like Senior Counselor to the President Stephen Bannon.

"This may represent the primitive beginnings of a very diverse range of species, including ourselves," said co-author Simon Conway Morris, a professor at Britain's University of Cambridge. Saccorhytus belongs to a broad category of organisms called deuterostomes, and is the most ancient specimen unearthed so far...

The sack-like animal's most distinctive feature is a large -- relative to the rest of its body -- mouth ringed by concentric circles of raised bumps. It probably ate by engulfing food particles and microscopic creatures. Intriguingly, the researchers did not find anything corresponding to an anus.

Some kinds of DNA ancestry tests are basically astrology

If you want to learn about your family tree, you're probably better off doing the work of compiling history than getting a $500 DNA test. Read the rest

How humans evolved to explore

Boldly going where nobody's gone before. In a lot of ways, that idea kind of defines our whole species. We travel. We're curious. We poke our noses around the planet to find new places to live. We're compelled to explore places few people would ever actually want to live. We push ourselves into space.

This behavior isn't totally unique. But it is remarkable. So we have to ask, is there a genetic, evolution-driven, cause behind the restlessness of humanity?

At National Geographic, David Dobbs has an amazing long read digging into that idea. The story is fascinating, stretching from Polynesian sailors to Quebecois settlers. And it's very, very good science writing. Dobbs resists the urge to go for easy "here is the gene that does this" answers. Instead, he helps us see the complex web of genetics and culture that influences and encourages certain behaviors at certain times. It's a great read.

Not all of us ache to ride a rocket or sail the infinite sea. Yet as a species we’re curious enough, and intrigued enough by the prospect, to help pay for the trip and cheer at the voyagers’ return. Yes, we explore to find a better place to live or acquire a larger territory or make a fortune. But we also explore simply to discover what’s there.

“No other mammal moves around like we do,” says Svante Pääbo, a director of the Max Planck Institute for Evolutionary Anthropology in Leipzig, Germany, where he uses genetics to study human origins.

Homo erectus and the paradox of human tools

Over the weekend, at the Earth Day tweetup at the Science Museum of Minnesota, I heard an interesting fact: Human beings are now the dominant agent of landscape change on this planet, more than any natural process. (That's right. Suck it, glaciers!)

We tend to think of this kind of thing as a result of modernity. But I think that's only partly true. Modern technology has given us the tools that enable us to change the landscape of Earth in massive ways we weren't capable of in the past. But throughout human existence—even before we were technically human—we have made relatively large alterations to the world. It's not like human beings woke up one day and thought, "Hey, it's the 20th century, let's start messing around with stuff!" In reality, what makes our modern impact on the planet different from past—other than scale—is mainly that we've developed more self-awareness about our impact on the planet, and have actually started talking about whether we like the side effects those impacts bring.

Case in point: A recent study of ancient African animal species that suggests our ancestors drove a huge proportion of fauna to extinction basically as soon as they were technologically capable of doing so. Here's how Ann Gibbons described it at Science Now: