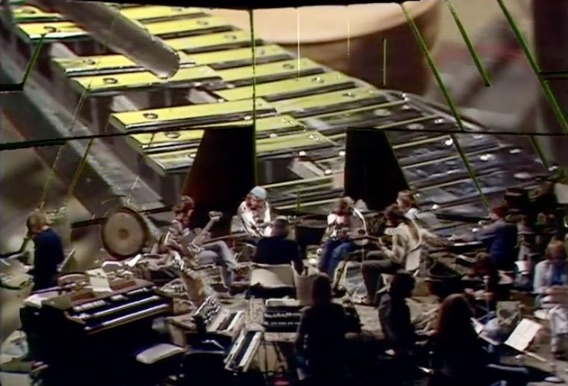 Mike Oldfield performs Tubular Bells live on the BBC in 1973. The first release on Richard Branson's new Virgin Records, Tubular Bells became a huge success after film director William Friedkin cast off the Lalo Schifrin score for his new film The Exorcist and went with "Tubular Bells (Part One)" instead. At the time, Oldfield said he didn't want to see the film because it was too scary.