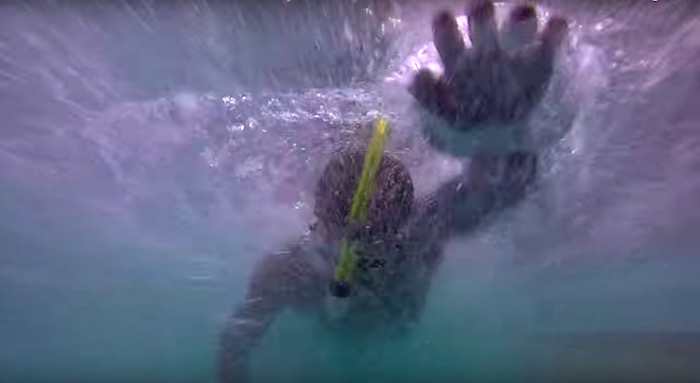 Some people are more committed to a cause than others. Ben Lecomte? He’s one of those. In an effort to highlight the stunning amount of damage humanity is doing to the world’s oceans and generate awareness about plastic pollution, the 50-year old adventurer plans on swimming through 1,600km of the Great Pacific Garbage Patch. Lecomte started his swim this morning in Japan. Provided everything goes according to plan, he’ll finish his aquatic ramblings in 180 days, in San Fransisco. This isn’t his first open water rodeo: according to The Guardian, Lecomte swam across the whole damn Atlantic Ocean back in 1998.

The Great Pacific garbage patch, according to the latest March estimate, is twice the size of France and contains nearly 80,000 tonnes of plastic.

Also known as the Pacific trash vortex, the patch is caused by the North Pacific gyre – a circle of currents that keep plastic, waste and other pollution trapped.

According to scientists, the patch has been growing “exponentially” in recent years. The March estimate found it was 16 times larger than previously expected.

As Lecomte makes his way through the garbage patch, he and his support team plan on taking water samples and catching fish to test for plastic pollutants and illustrate how plastics have been infiltrating the food chain. This might sound like a a goofy publicity stunt, but if you take a peek at the endeavor's website, you'll see that Lecomte's efforts have the support of some big scientific guns, including NASA, CMER, the Argonne National Labratory and the University of Montana, just to name a few. Read the rest