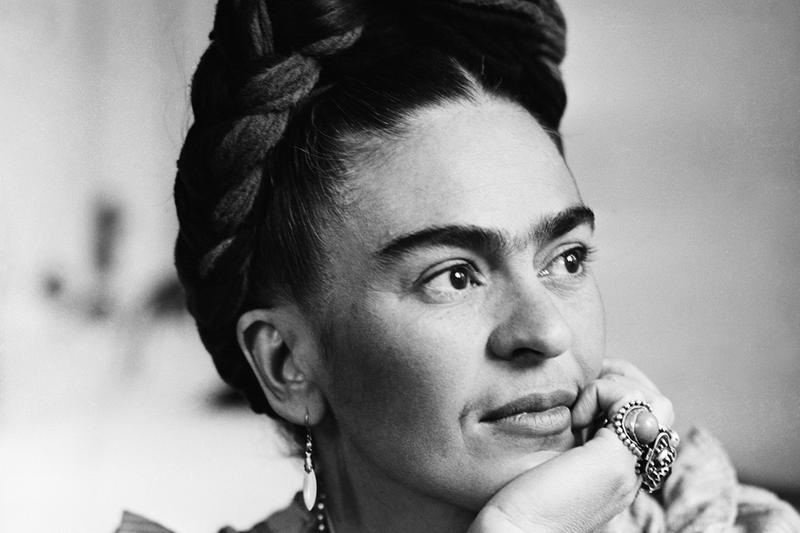 We've seen her art. Her face is instantly recognizable. But, we've never heard Frida Kahlo's voice before. Until now, that is. The National Sound Library of Mexico has shared (what they believe to be) the only known recording of Frida's voice to the world.

“He is a huge, immense child, with a friendly face and a sad gaze,” the woman says. “His high, dark, extremely intelligent and big eyes rarely hold still. They almost pop out of their sockets because of their swollen and protuberant eyelids — like a toad’s.”

Rivera’s eyes seem made for an artist, the woman adds, “built especially for a painter of spaces and crowds.”

Admiration for Rivera is clear in the recording, which is said to be originally a text from an exhibition catalog. Rivera is said to have an “ironic, sweet smile,” “meaty lips” and “small, marvelous hands.” The voice concludes by calling Rivera’s unusual body shape, with its “childish, narrow, rounded shoulders,” as being like “an inscrutable monster.”

The recording is from a pilot edition of “The Bachelor,” a 1950s radio show in Mexico, recorded for Televisa Radio, the National Sound Library said in a statement on Wednesday. In 2007, thousands of tapes from Televisa Radio’s archive were given to the library to be digitized and stored.

The recording is thought to be of Kahlo partly because the voice is introduced as the female painter “who no longer exists.”