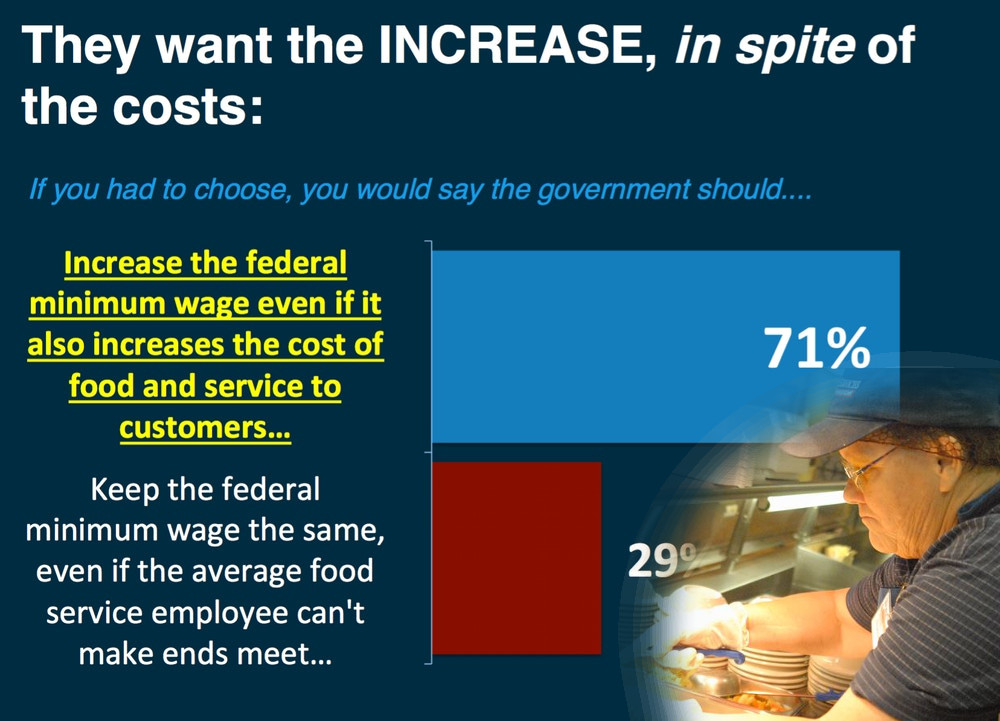 The National Restaurant Association privately commissioned GOP pollster Frank Luntz and his company LuntzGlobal to poll Americans on their support for raising the minimum wage, a policy they staunchly oppose; that poll has now leaked, and it reveals a nation that stands in solidarity with low-waged workers, with 71% of Americans supporting raising the minimum wage to at least $10, even if they have to pay higher prices as a result. Read the rest