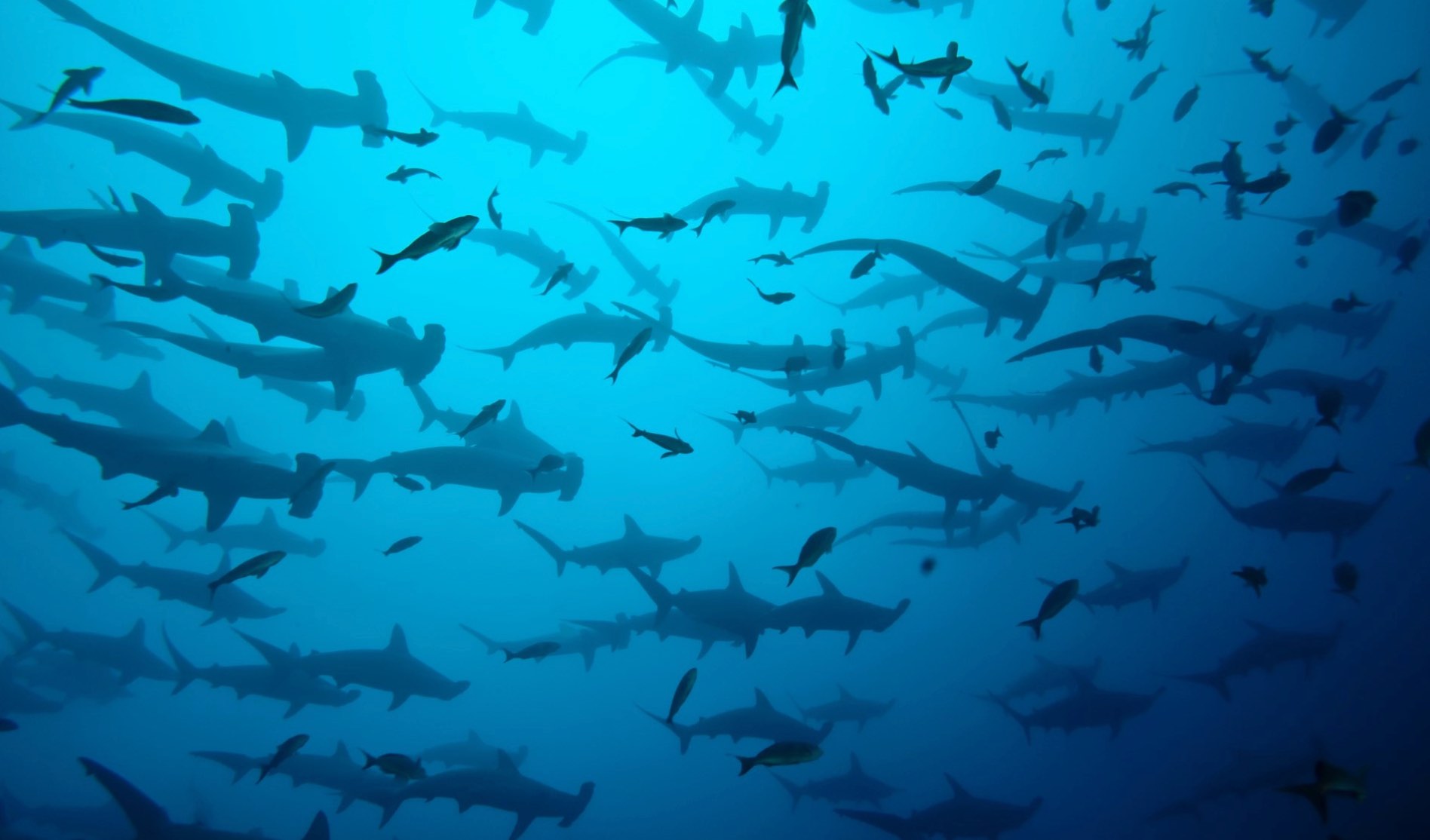 An astonishing school of hammerhead sharks surprises divers at Darwin's Arch in the Galápagos Islands in this majestic video from the BBC's Mission Galápagos series. In an article at Wanderlust, Mission Galápagos host and animal biologist Liz Bonnin lists this adventure as one of her "most amazing wildlife experiences":

The hammerheads come from all different directions and gather, swim around each other in big circles in a wonderful sort of balletic association. At the very centre of this big mass of hammerheads are the oldest, most mature females. The younger sharks swim around them. When the males come in to mate, they’ve got to weave and wind their way through this mass of hammerheads, so only the strongest, fittest males will get to mate with the females in the centre.

We are only just beginning to understand the purpose of this mass congregation, so the more scientists dive down there, the more they’re understanding its importance. It’s a very special place, and a very important behaviour, that needs to be protected. The Galapagos is one of the last jewels of this blue planet of ours. It really needs extra protection of ours oceans to make sure that that doesn’t disappear for ever. It was extraordinary. 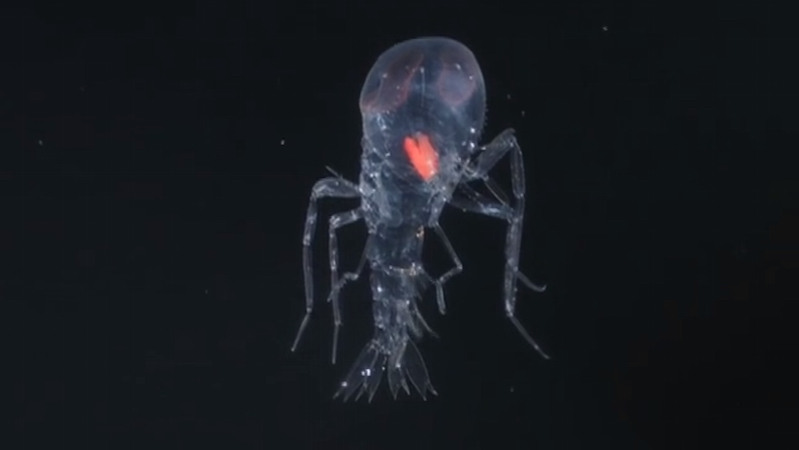 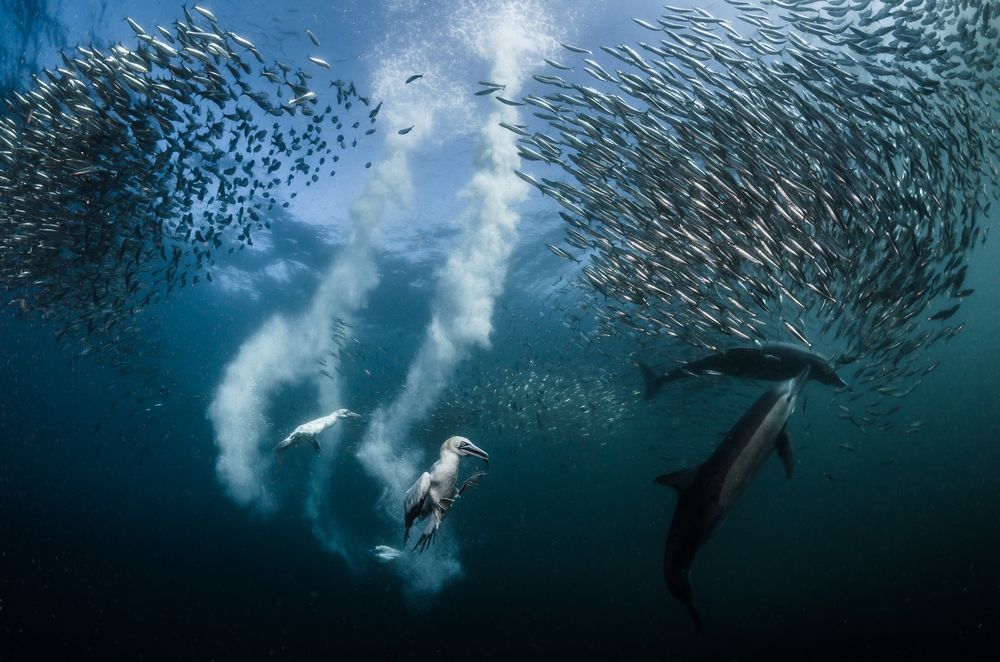 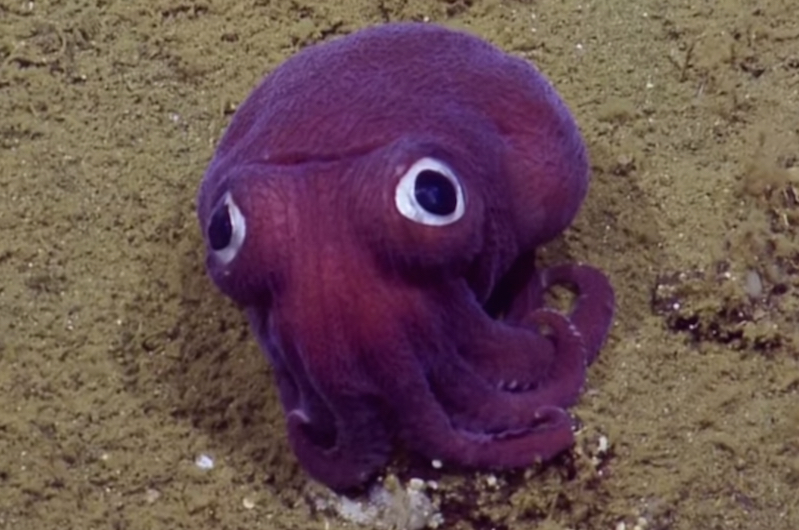 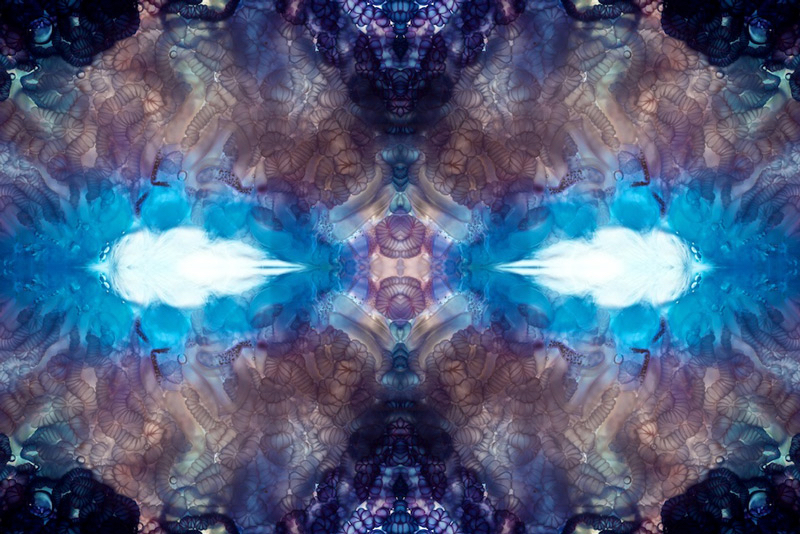 "It's an opportunity to explore a new world," he told National Geographic.

More images at his site Ansarov.com. (via Jux)

Photographer Mark Carwardine got this lovely drone footage of a pod of gray whales frolicking off the coast of Baja California. Unfortunately, the boaters then approach and touch the whales. Read the rest

Jorunna are colorful sea slugs with what appear to be a puffy tail and rabbit ears (actually rhinophores). They have many variations in color and markings. Read the rest

What you can learn from the million-dollar tuna

On Saturday, a bluefin tuna was sold at Tokyo's Tsukiji fish market tuna auction for $1.76 million. Which is a little crazy. (Also crazy, the size of the fish in question.) But the amount paid for this specimen of a chronically overfished species doesn't really represent simple supply and demand, explains marine biologist Andrew David Thaler. It shouldn't be read as a measurement of tuna scarcity, he says, but rather as an artifact of culture (and marketing). Read the rest