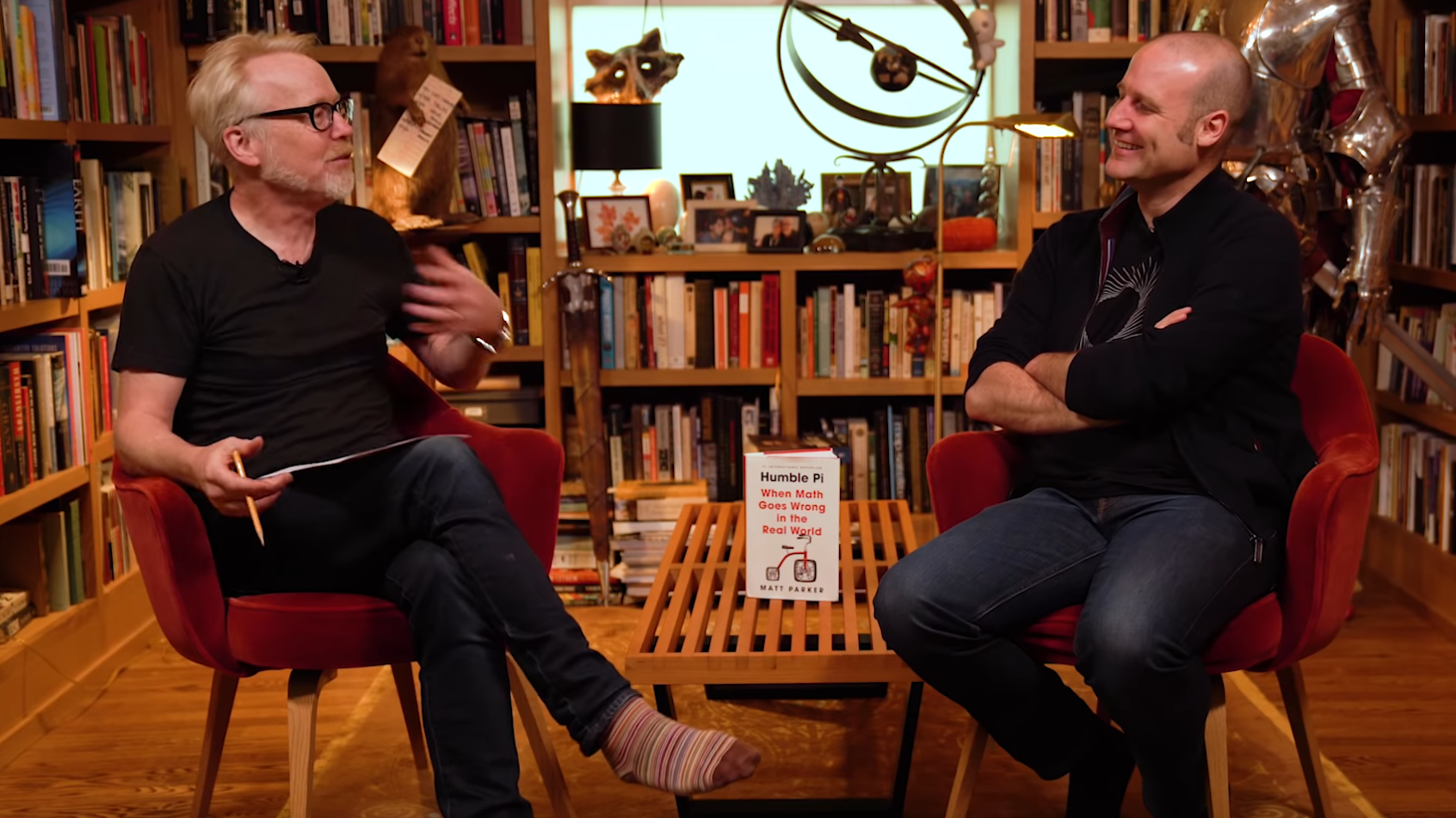 I love when poly-nerds (their term) get together to enthusiastically jam on ideas and share their mutual love of playing brain tennis.

In this Tested video, Adam Savage sits down with mathematician and educator Matt Parker for a wide ranging discussion of Matt's book, Humble Pi, Numberphile, the YouTube channel Matt is part of, the difficulties of teaching math to kids, the creativity of computer programming, how his "semi-magic" "Parker Square" became a meme (and a t-shirt), and much more. Until Booker found his solution, it was one of only two integers left below 100 (excluding the ones for which solutions definitely don’t exist) that still couldn’t be expressed as a sum of three cubes. With 33 out of the way, the only one left is 42.

The reason it took so long to find a solution for 33 is that searching far enough up the number line — all the way to 1016, or ten quadrillion, and just as far down into the negative integers — for the right numerical trio was computationally impractical until Booker devised his algorithm. “He has not just run this thing on a bigger computer compared to the computers 10 years ago — he has found a genuinely more efficient way of locating the solutions,” said Tim Browning, a number theorist at the Institute of Science and Technology Austria.