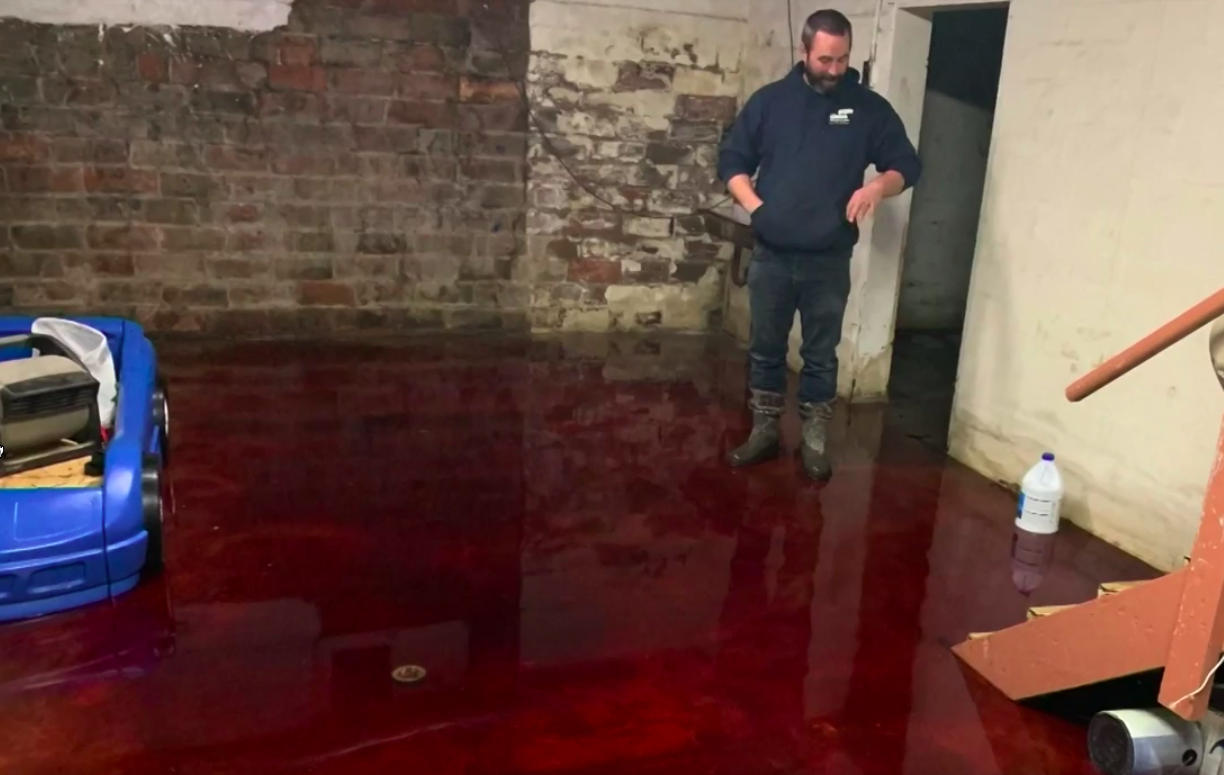 The Lestina family of Bagley, Iowa were greeted with a wonderful Halloween surprise on the morning of October 3, when they awoke to find 5 inches of animal blood, fat, and bones flooding through the basement.

The Lestinas have lived next door to a meat locker for the last decade. But the building was transferred to new ownership this past April 2019, and, well, something clearly went wrong., because the drainage from the kill room backed up and clogged the shared pipelines, which spilled over into the Lestinas' house.

(It took two weeks for the meat locker to reach and offer to help pay for the mess, too, although they were cooperating with local health and sanitation services before that.)

From the Des Moines Register:

Two weeks later, the blood is still seeping into the basement and the Iowa Department of Public Health told the family it's not safe to live in the home.

They are staying with relatives in Panora until the mess can be cleaned up.

"I've had a company come out for cleaning and sanitizing, but they can't start that process until it stops coming up the drain," Lestina said. "I've been talking to different excavation people. It hasn't been a promising deal. I need dry weather."

According to KTIV, the family was hoping to put their house on the market soon, too. But that plan might hit some snags. Read the rest