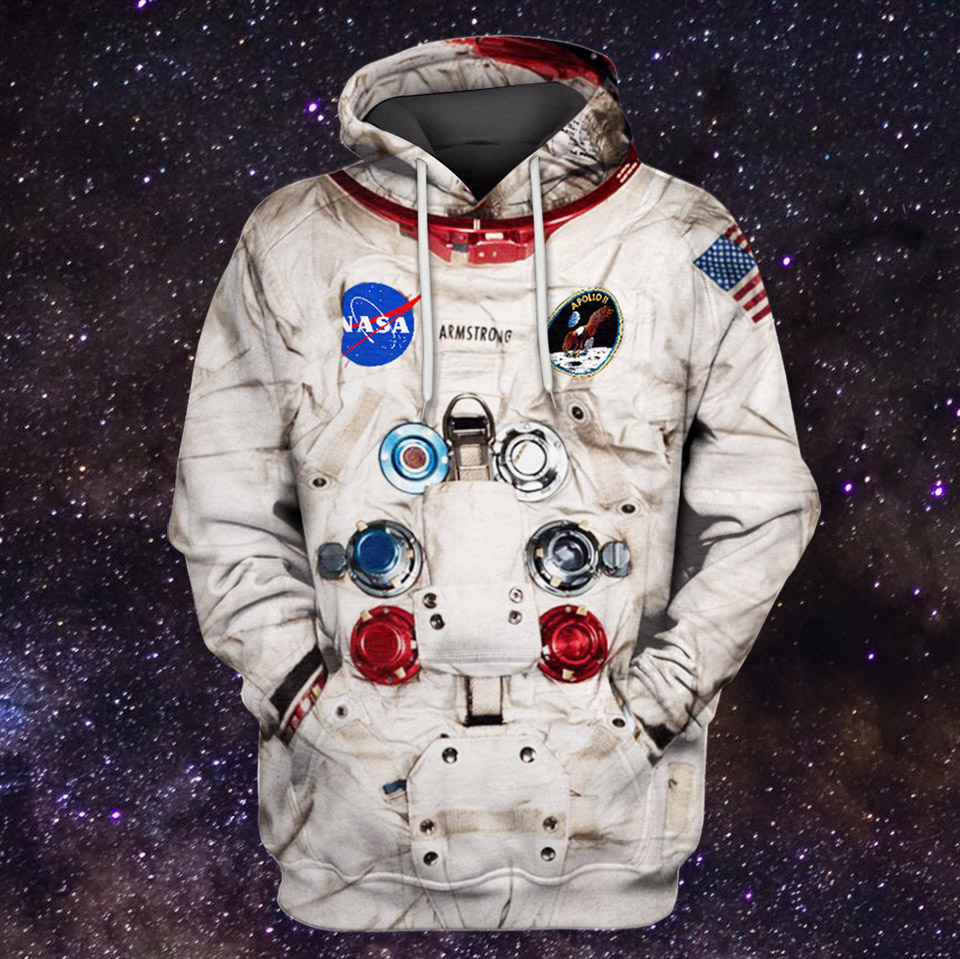 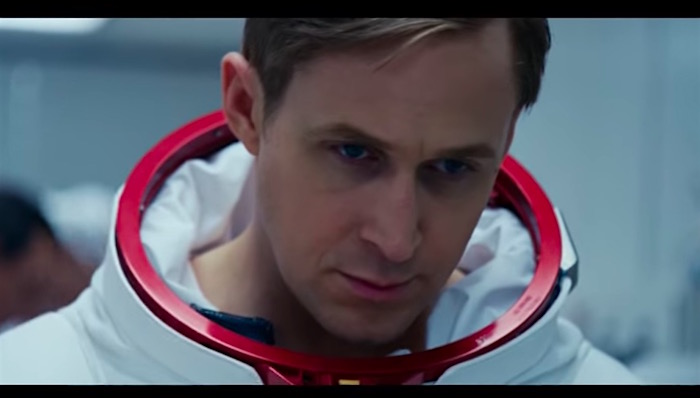 The latest trailer for Universal Pictures' First Man packs a whole lotta action and drama into a 2-minute 14-second package. The movie chronicles the life of astronaut Neil Armstrong, his first manned mission to the Moon, and the cost this mission took on Armstrong's family in the days leading up to the launch.

I don't head to the theater often these days, but I'm down for this. Read the rest

Steve Jurvetson (of venture capital firm Draper Fisher Jurvetson) posts this photograph of himself with "the true Armstrong hero," on the occasion of the late astronaut Neil Armstrong's birthday -- which was yesterday, August 5, same as mine! From Steve's post:

At Kelly's house, I had the chance to ask him a question about the first landing on the moon that provoked a response that seemed poignant and awe-inspiring.

I asked him, of all of the systems and stages of the mission, which did he worry about the most? He had spoken about the frequently failing autopilot... the reliance on a global network of astronomers to spot solar flares in time to get the warning out... the onboard computers being less powerful than a Furby...

Steve Jurvetson, on the recurring nightmare Neil Armstrong had for two years leading up to Apollo 11

Venture capitalist, photographer, and master-level space fanatic Steve Jurvetson has been digging in to his archives for snapshots and relics related to the life and legacy of the late astronaut Neil Armstrong. For instance: above, a vintage 11”x 14” X-ray of Armstrong's lunar EVA spacesuit boots dated 7-7-69, only 9 days before the launch.

You can scroll through more photos here, on Steve's Facebook page.

Steve shared some amazing conversations with the "First Man," from what I can tell. Here's one:

Tang is a farce. That was the first thing Neil Armstrong told me last night. “We did not use it on the Apollo missions.”

I asked him, of all of the systems and stages of the mission, which did he worry about the most? (the frequently failing autopilot? the reliance on a global network of astronomers to spot solar flares in time to get the warning out? the onboard computers being less powerful than a Furby?....)

He gave a detailed answer about the hypergolic fuel mixing system for the lunar module. Rather than an ignition system, they had two substances that would ignite upon contact. Instead of an electric pump, he wished he had a big simple lever to mechanically initiate mixing.

That seemed a bit odd to me at first. So, I asked if he gave that answer because it really was the most likely point of failure, or because it symbolizes a vivid nightmare – having completed the moon mission, pushing the button...

This silent film clip, posted at the Smithsonian's Air & Space Magazine blog, is one of the most amazing things I've seen in a while.

First off, it shows a 1968 test run of a lunar landing research vehicle—a practice version of the lunar module that would later carry Neil Armstrong and Buzz Aldrin to the surface of the Moon. It's weird and surreal and very, very awesome to watch an LLRV rising, lowering, and swooping through the sky from the vantage point of someone standing on the ground. In general, a great reminder that we make UFOs right here on Earth.

But the real crazy bit happens at the end of the video, when Neil Armstrong—who was piloting this LLRV—bails out just before the craft plummets to the ground and explodes.

No, seriously. And it leads to this amazing story, which is, in itself, a brilliant tribute to Armstrong.

In his Armstrong biography First Man, author James Hansen recounts how astronaut Alan Bean saw Armstrong that afternoon at his desk in the astronaut office. Bean then heard colleagues in the hall talking about the accident, and asked them, “When did this happen?” About an hour ago, they replied. Bean returned to Armstrong and said, “I just heard the funniest story!” Armstrong said, “What?” “I heard that you bailed out of the LLTV an hour ago.” “Yeah, I did,” replied Armstrong. “I lost control and had to bail out of the darn thing.” “I can’t think of another person,” Bean recalls, “let alone another astronaut, who would have just gone back to his office after ejecting a fraction of a second before getting killed.”

NPR's Robert Krulwich (one of the greatest science journalists ever IMO, and a personal hero of mine) writes about the day he received an email from the late astronaut Neil Armstrong. Krulwich wondered, "How come they walked such a modest distance? Less than a hundred yards from their lander?" And Armstrong basically answered that they were "part of a team and we were team players on a perilous, one-of-a-kind journey. Improvisation was not really an option." But Krulwich adds, "I kinda think he wanted to do more, go further. Anyway, read for yourself." (via Steve Silberman) Read the rest

"He was really an engineer's engineer -- a modest man who was always uncomfortable in his singular role as the first person to set foot on the moon. He understood and appreciated the historic consequences of it and yet was never fully willing to embrace it. He was modest to the point of reclusive. You could call him the J.D. Salinger of the astronaut corps. He was a quiet, engaging, wonderful from the Midwest kind of guy... But when it came to the public exposure that was associated with this amazing accomplishment ... he ran from it. And part of it was he felt as if this was an accomplishment of many thousands of people. And it was. He took the lion's share of the credit and he felt uncomfortable with that."—Miles O'Brien, space and science journalist, speaking on CNN Saturday. Read the rest

Astronaut and "first man" Neil Armstrong is "doing great" after undergoing cardiac bypass surgery. He and his wife live in the Cincinnati, Ohio area and he just celebrated his 82nd birthday this past Sunday (same day as me!). From NBC: "On Tuesday, surgeons bypassed four blockages in his coronary arteries. His wife reports that his spirits are high, and the doctors expect no problems with his recovery, Cernan told NBC News' Jay Barbree." Read the rest