Screenwriter Jack Barth wrote the original script for Yesterday, the movie about a world where only one man remembers The Beatles. Richard Curtis (of Love Actually fame) liked the script and bought it, but on the proviso that Barth would not be named as the screenwriter. Curtis rewrote it as a rom-com, gave it a happy ending, but kept some key scenes. When the film came out, however, he claimed to have never read Barth's script, saying instead that all Barth came up with was a "one-sentence" idea. Barth is sick of hearing it; Curtis's alleged behavior was exposed yesterday in an interview at Uproxx.

“I didn’t realize Richard was going to do this to me until the week that the film was released,” Barth says. “Then all the publicity hit all at once and I could see that he was taking credit for everything. I think I could have done something then but I didn’t want to jeopardize the film. I got lawyers to contact Richard’s lawyers and they just dragged it out.”

“By the time I realized I needed to get the story out there myself, it was really hard to pitch something that was for a film that had come out eight months earlier. Most of the media is concerned with just promoting the current films, they’re not interested in a story about the abuse of the powerless by the powerful.”

Note that there is no claim here of copyright infringement. Curtis bought the rights to Barth's script and paid well for it. Read the rest

When I'm not here pointing out dog videos, I spend the rest of my work day as a technology journalist. I decided that I wanted in on this line of work because I love gadgets. There was always something new coming out that I couldn't afford to buy. Now, as I get to play with new tech on an almost daily basis, I don't feel like I'm missing out on much of anything. My office is full of smartphones, computers, wearables and travel gear. It's loaned to me, I play with it and then, I send it back. It's such a privilege to have access to the sorts of swag that a lot of geeks like me drool over. I never get tired of playing with new products. But having done it for close to a decade has left me a bit jaded: what's new is seldom as spectacular as we want it to be.

Take this year's crop of flagship smartphones, for example. They're a little bit faster, a little bit glossier. Maybe the one you've been looking at has an edge-to-edge display. I get it: bezels on a handset are bullshit, so, you totally want one. I know I do. But I also know, having played with them, that the incremental differences between one year's model and the next is so moot, that they won't make a lick of difference in my day-to-day life. TVs are the same. Most of the folks I know just want the shows and movies that they watch to look their best. Read the rest 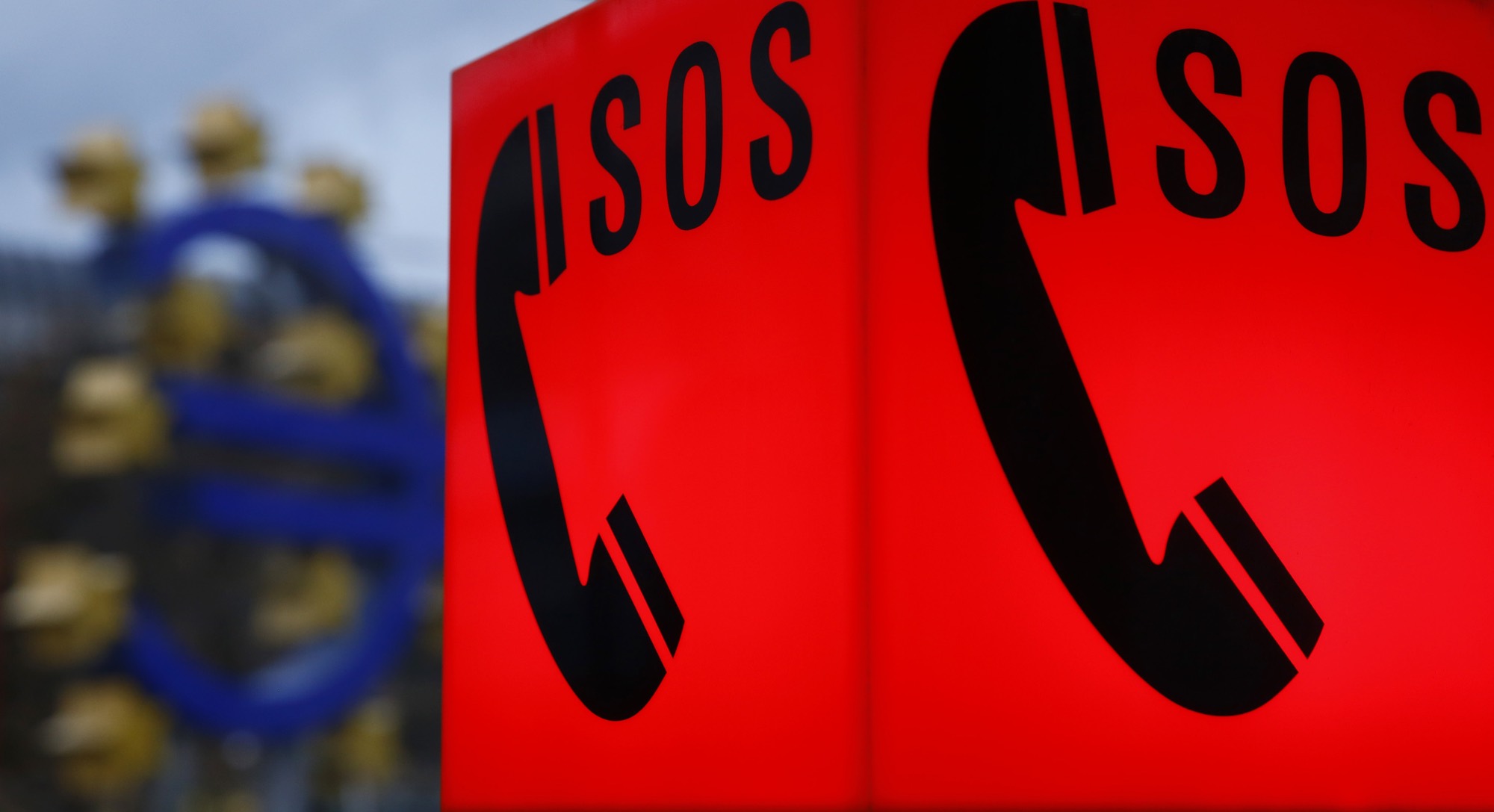 Most phones already come equipped with an Airplane Mode for flights, a Do Not Disturb mode for watching movies or ignoring people, and a Low Power mode for when your battery is about to die. But what happens when you’re in an emergency? Read the rest

Why Hillary Clinton's DNC speech was 'a moon landing' for women 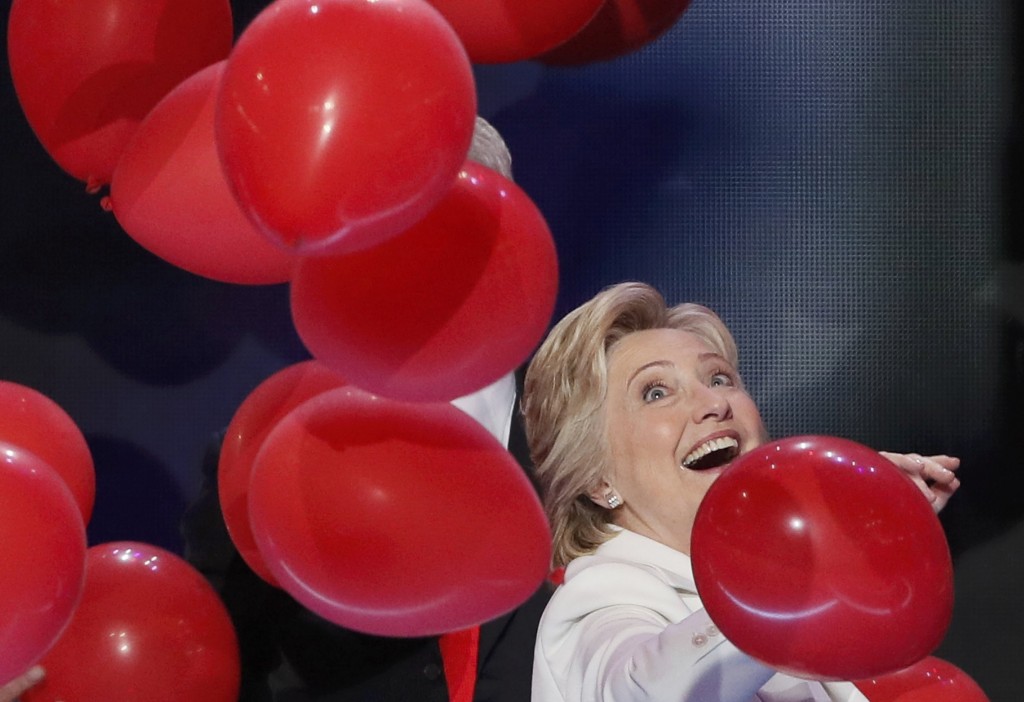 In an op-ed for the Guardian today, I shared the primal and personal experience I felt as a woman watching another woman make history, as Hillary Rodham Clinton accepted the Democratic Party's nomination for President of the United States. Read the rest 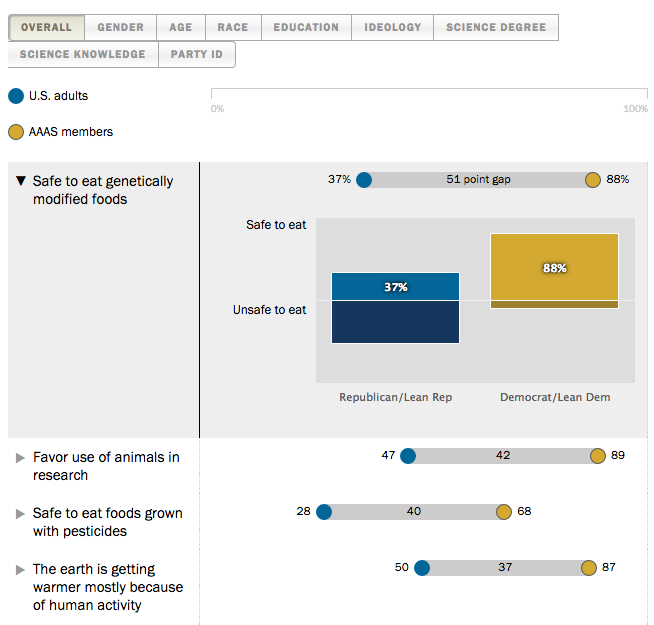 Fact-checking Hillary Clinton's comments on Edward Snowden and the NSA

Hillary Clinton made her first extended public remarks about Edward Snowden late last week, and unfortunately she misstated some basic facts about the NSA whistleblower and how events have played out in the last year. Here’s a breakdown of what she said and where she went wrong:

Clinton: "If he were concerned and wanted to be part of the American debate, he could have been… I don't understand why he couldn't have been part of the debate at home."

This is one of the biggest misconceptions about Snowden that even NSA reform advocates have furthered. Edward Snowden could not be part of this debate at home, period. Read the rest

For a second year the US House has passed the embarrassingly vague Cyber Intelligence Sharing and Protection Act, a bill that could scatter your personal information like a tornado hitting a trailer park. Echoing last year, the Obama administration has threatened to veto CISPA if it fails to incorporate privacy controls, but we shouldn't have to rely on presidential intervention or the Senate's questionable wisdom to save us. Though Congress is gifted in the arts of incompetence and believes digital liberties only matter to basement-dwelling teens, we cannot entirely vilify the House, either. If there's one thing our representatives actually represent about us, it is our ignorance of technology. Read the rest

Sloppy statistics: Do 50% of Americans really think married women should be legally obligated to change their names?

Jill Filipovic wrote an opinion column for The Guardian yesterday, arguing against the practice of women taking their husbands' names when they get married. It ended up linked on Jezebel and found its way to my Facebook feed where one particular statistic caught my eye. Filipovic claimed that 50% of Americans think a women should be legally required to take her husband's name.

First, some quick clarification of my biases here. Although I write under a hyphenate, I never have legally changed my name. I've never had a desire to do so. In my private life, I'm just Maggie Koerth and always will be. That said, I personally take issue with the implication at the center of Filipovic's article — that women shouldn't change their names and that to do so makes you a bad feminist. For me, this is one of those personal decisions where I'm like, whatever. Make your own choice. Just because I don't get it doesn't mean you're wrong.

So I looked into that statistic. And then I got really annoyed. Read the rest

Jody Schoger: Livestrong, Armstrong, and why "finding the cure" isn't all that matters for people with cancer

The recent news about Lance Armstrong and the USADA sparked much discussion online about Livestrong, the cancer organization founded by the cancer survivor and cycling champion. As regular Boing Boing readers know, I have cancer. A confession: I wasn't particularly interested in Armstrong or Livestrong before my diagnosis, but have since connected (primarily through Twitter) with a number of people with cancer who are part of the organization, or who have benefitted from its support services.

So, when I read opinion pieces last week criticizing both the man and the organization, I was annoyed to see pundits who do not have cancer slamming Livestrong for not spending money on "finding a cure," and alleging that the organization falsely claimed it was doing just that. Research for "the cure" matters, but it's not all that matters to those of us who may or may not live to see "the cure." I didn't get this before. Now I do. And I'm not just talking about "awareness," a term I loathe. It's this: Navigating the nightmare of treatment, medical bills, and the wreckage cancer makes of relationships and our professional lives—this is the stuff that actually matters more to us, in day-to-day terms. Fighting the disease on behalf of future victims is important. But so is helping the people who have the disease, right now.

Jody Schoger (blog) is a writer, cancer survivor, and advocate for people with cancer. I met her through Twitter, and she has become an important part of my personal cancer support circle. Read the rest

A message for the media from an Aurora shooting survivor: "Give victims and survivors their space"

"Student, writer, and self-identifying geek" A.J. Focht, writing on a Suicide Girls blog, talks about the experience of surviving the recent mass shooting at "The Dark Knight Rises" premiere at an Aurora, CO movie theater— and, how a friend and fellow survivor was hounded by content-hungry television producers:

With only a small charge left in her phone one of the members of my group thought it best to send out a blanket distress beacon via Twitter so she could conserve her battery to call her parents and a ride home. Caitlin tweeted from her account @dingos8myTARDIS informing her family and friends of the chaos and that she was physically alright. Her tweets were some of the first online, and within the hour BBC, CNN, and others were broadcasting her messages on the news. The hundreds of media outlets that contacted her throughout the night were unexpected, but we could understand they were just trying to do their jobs. Once we had been released, Caitlin, not wanting the mass media attention, released these tweets:

dingos8myTARDIS: To the media: I was tweeting earlier because my phone was on 10%batt & I needed to let people know I was okay. I am (in) no shape for interviews.

dingos8myTARDIS: To rephrase: I have no interest in interviews at this time. I was merely sending an emergency beacon.

Despite her requesting to be left alone, she was perpetually bombarded by yet more media requests via Twitter from outlets including FOX News and The Huffington Post. As if the mass attention on Twitter was not enough, other news networks took it upon themselves to get her phone number and start calling her.