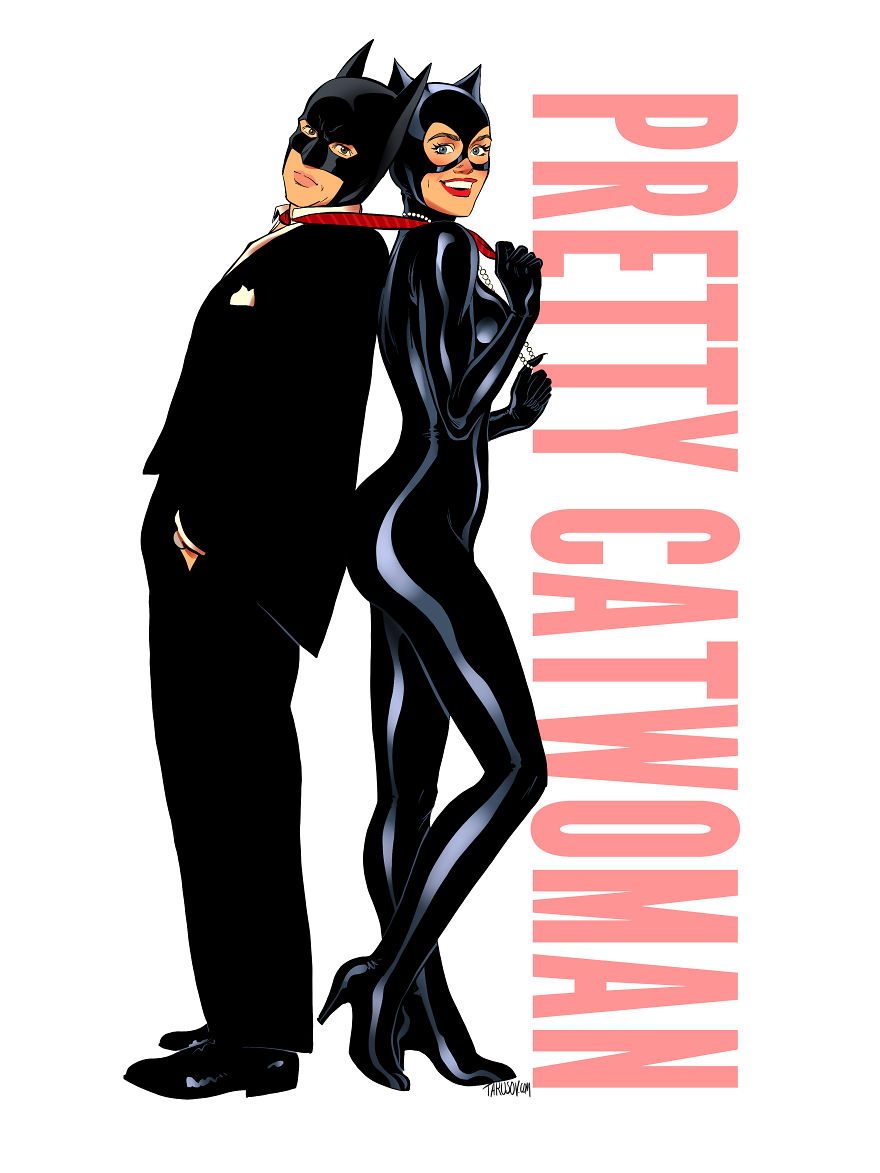 Andrew Tarusov created these delightful homages to classic films by replacing the original movie characters with superheroes. Read the rest 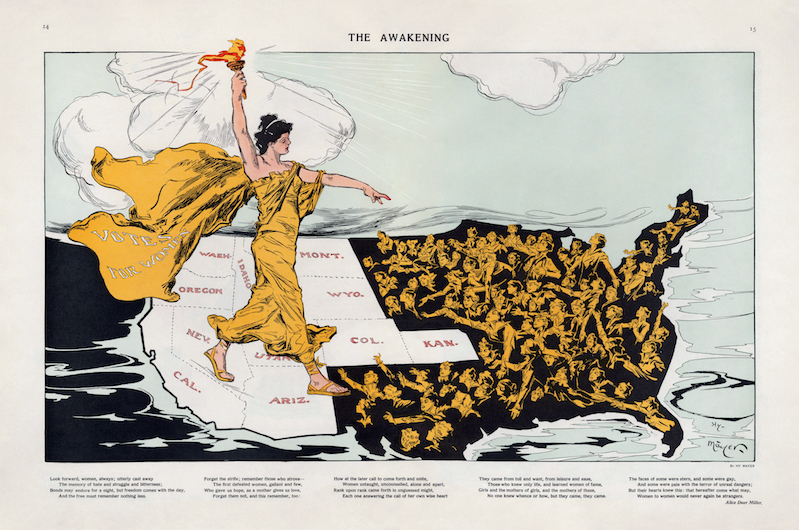 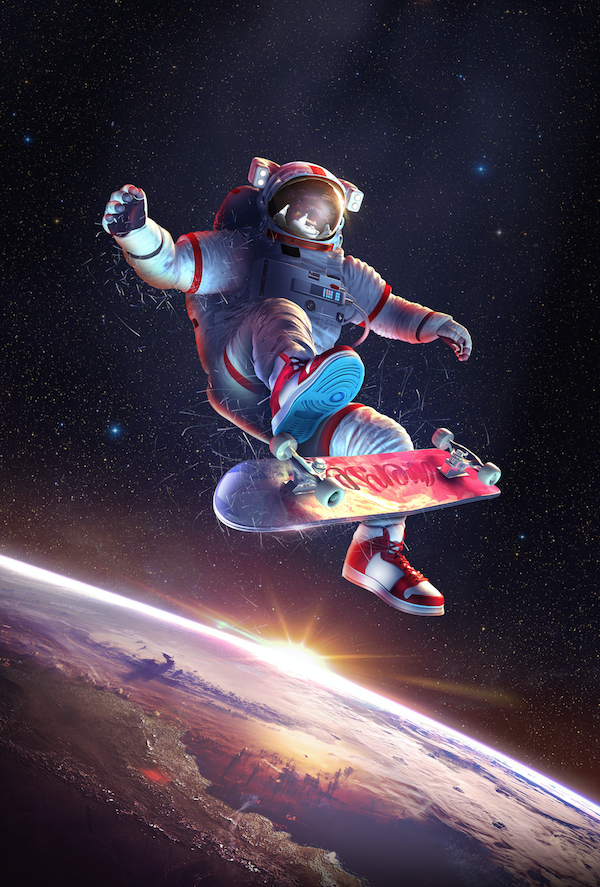 Lynx Art Collection has some fun retro-future space posters in their collection, like this one titled Astronaut Hang Time. They also have a bunch of cool travel posters, like this one for Mars: Read the rest 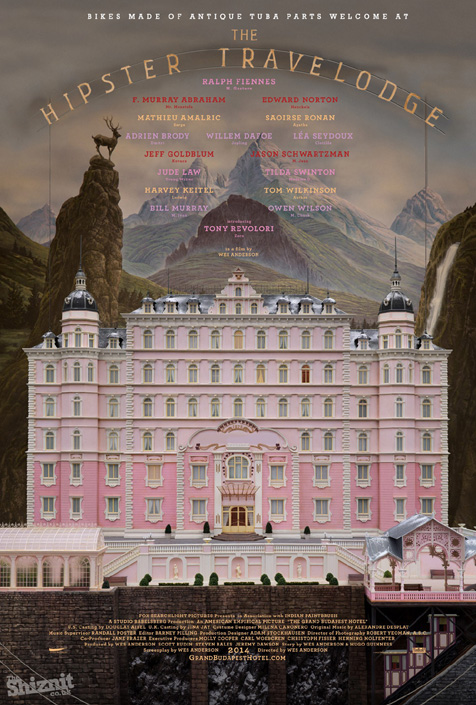 The good folks over at The Shiznit "decided to make new posters for the nominees that tell you what you can really expect." Above: Grand Budapest Hotel. Below: American Sniper. Read the rest

The new Evil Dead is all in, according to their first official poster

Fede Alvarez's Evil Dead is not messing around, as I learned during New York Comic Con this fall and as you may have learned when you saw the teaser trailer. But one look at the new poster (released via Yahoo! Movies) proves that these guys really mean business. They might also be putting their asses on the line with a pretty bold claim. After the jump, see the whole poster and judge for yourself: ballsy or brash? Read the rest

Tavis sez, "A mind-blowingly recursive poster that represents the AD&D rules for procedural dungeon generation as a flowchart which is drawn as a dungeon. From the The Mule Abides blog at NYC's intersection between role-playing games, the gallery art scene, and how Kickstarter can jam 'em together. Cory's linked the Mule before as HOWTO have a D&D party for 8-year-olds; also featured in this post is a nifty Kickstarter for the first publication from the Play-Generated Map and Documents Archive, similarly linked for Homemade D&D module, 1981."

(Thanks, Travis!) Read the rest

Song Map is a new litho print by Dorothy. The Map is, as its name suggests, made up entirely from song titles: Highway to Hell stretches past Itchycoo Park, Heartbreak Hotel can be found on Alphabet Street and take a left off Penny Lane to find 22 Acacia Avenue. Just like places in our own neighbourhood, some are really good and some are best avoided - remember Love House by Sam Fox? Probably best forgotten.

The print, which was inspired by our own unhealthy obsession with music, is for the ultimate music nerd. It includes an A-Z of all the songs featured on the Map with the names of the artists and bands that sang them. Prints costs £20 each plus P & P and they are available to buy from www.wearedorothy.com/buy

We've set up a Playlist on Spotify to accompany the Map at http://spoti.fi/wzBFnp. This is a list of 353 of the featured songs that are available on Spotify. It's unedited so it includes some classics as well as some horrors! And one of the songs included on the Map is by a band one of us was in, but we’re not saying which one.

Fro Design's Mario Propaganda posters show how the other side recruited all those turtles and carnivorous plants.

A near-perfect example of the monster-movie drive-in poster-maker's art.

"The Biggest THING in Town!" Read the rest

Lalo Alcaraz, the artist and Uppity Mexican-American commentator who created the totally dope new "Occupy"/"Anonymous" poster above, is at laloalcaraz.com and pocho.com. I asked Lalo for info on how those interested can obtain prints, and he tells Boing Boing:

They should check in at laloalcaraz.com to see which signed prints are currently available, and especially should look for my 2012 Lalo Alcaraz Cartoon Calendar coming very soon (after all the Muerto Madness) and follow my silly ass at @laloalcaraz.

There are a lot of Fairey remixes around, but this Admiral Ackbar/Star Wars TRAP poster's pretty nicely executed.

(Thanks, Sebastian!) Read the rest

Syphilis and gonorreah from posters the early days of antibiotics

From How to Be a Retronaut, a fine gallery of scanned syphilis/gonorreah posters from the last days of each disease's reign of terror, before widespread use of antibiotics. If you're ever in Philadelphia and want to get a sense of how scary syphilis must have been in its day, head on over to the Mutter Museum, an exhibit of pathological curiosities, and have a gander at the cases of syphilitic skulls. I still get nightmares.