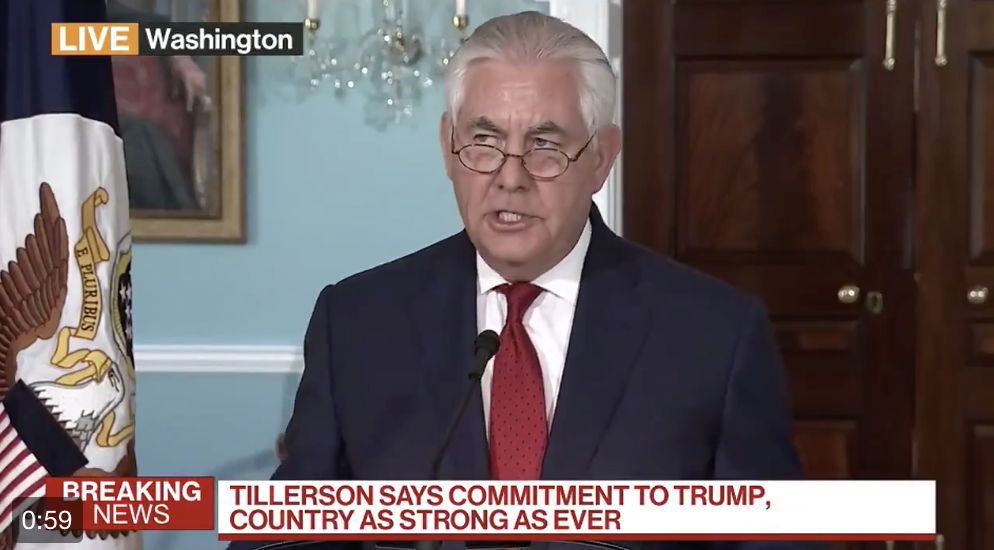 Trump might be a moron, as far as Secretary of State Rex Tillerson is concerned, but the pay's good enough for him. In a hastily-arranged press conference following NBC News' morning report about Tillerson-Trump friction, he denied one key claim--that he had to be talked out of quitting--but did not deny calling his boss a "moron" in front of others.

Tillerson, after denying the report, vaulted into a round of obsequious praise aimed at an audience of one.

He loves this country. He puts Americans and America first. He's smart. He demands results wherever he goes and he holds those around him accountable for whether they've done the job he asked them to do. Accountability is one of the bedrock values the president and I share.

Pretty humiliating, but you don't get where Rex got by having self-respect.