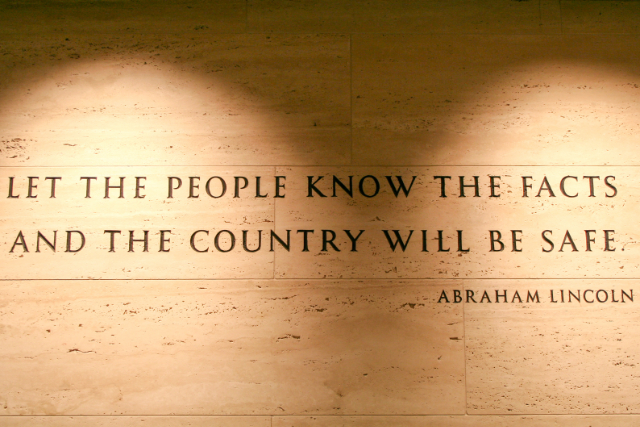 The creators of the annual press freedom index have added the US and Britain to their list of countries that repress online speech, arrest bloggers and use the internet to conduct domestic surveillance. Longtime faves such as Iran, North Korea and Cuba have some rich new friends. From the EFF's digest:

United States: This is the first time the US has made it onto RSF’s list. While the US government doesn’t censor online content, and pours money into promoting Internet freedom worldwide, the National Security Agency’s unapologetic dragnet surveillance and the government’s treatment of whistleblowers have earned it a spot on the index.

United Kingdom: The European nation has been dubbed by RSF as the “world champion of surveillance” for its recently-revealed depraved strategies for spying on individuals worldwide. The UK also joins countries like Ethiopia and Morocco in using terrorism laws to go after journalists. Not noted by RSF, but also important, is the fact that the UK is also cracking down on legal pornography, forcing Internet users to opt-in with their ISP if they wish to view it and creating a slippery slope toward overblocking. This is in addition to the government’s use of an opaque, shadowy NGO to identify child sexual abuse images, sometimes resulting instead in censorship of legitimate speech.

Other newcomers to the list are Russia, Pakistan, India and Ethiopia. Tunisia and Burma were removed from the list after having "taken steps to ameliorate violations of Internet freedom" Read the rest

US slumps in press freedom rankings

In this year's Reporters Without Borders international press freedom index, the U.S. slumped to 47th place, a fall of 27 places, largely due to arrests of journalists covering protests. The full report is available in PDF format. [RSF] Read the rest

An enormous, diverse global coalition of press freedom and human rights groups have signed onto a letter (PDF) opposing America's Stop Online Piracy Act, the worst proposed Internet law in the USA's legislative history. Included signatories are as varied as India's Center for Internet and Society, the Church of Sweden, Colombia's Karisma, the UK Open Rights Group, and Reporters Without Borders. The letter itself is a great piece of writing: "This is as unacceptable to the international community as it would be if a foreign country were to impose similar measures on the United States." (Thanks, Alan!) Read the rest

After Sarkozy's "EG8" conference last week -- an event that brought together government leaders and Internet execs to legitimize an effort to censor and surveil the net -- a group of civil society people and activists threw an impromptu press-conference to explain what Sarko and company missed by treating the net as simply an engine for big business.

And so, yesterday, in Paris, civil society threw together an impromptu press conference, featuring Harvard's Larry Lessig, La Quadrature du Net's Jérémie Zimmermann, CUNY's Jeff Jarvis, former ICANN board member/former White House advisor Susan Crawford, Reporters Without Borders' Jean-François Julliard, and Harvard's Yochai Benkler. The spirt of the event was captured by Lessig. Business is important, the professor argued. But there are more than the interests of just business at stake when it comes to the future of the global network.

At E-G8, Civil Society Groups Restake Their Claim on the 'Net Read the rest

"The U.S. has the cyber capabilities to prevent WikiLeaks from disseminating those materials"

"The United States has the cyber capabilities to prevent WikiLeaks from disseminating those materials. Will President Obama order the military to deploy those capabilities?"

LOL, as if! Did you backtrace it? That Washington Post op-ed by former Bush speechwriter Marc Thiessen is best read in Mad Dad Voice. Yes, this is the same nutball columnist who effectively argued for arresting or assassinating Wikileaks frontman Julian Assange a couple weeks ago (Raffi Khatchadourian's response in the New Yorker is a must-read).

There is no "off" switch for the internet in America. But even that reactionary fantasy misses a critical point: the encrypted "insurance" file which was posted earlier this month by Wikileaks pre-emptively negates any draconian, linear response that the state might consider: unlock the file with a key (or keys) that could easily be tweeted, emailed, or otherwise shared by Assange and colleagues, and the next Big Dump would be laid bare for all to read. Read the rest

Reporters Sans Frontiers, among the most prominent advocates for a free press, writes that Wikileaks' recent disclosures--which inadvertently exposed the names of Afghan collaborators--offer democratic governments "good grounds for putting the Internet under closer surveillance." Wikileaks, writes secretary-general Jean-François Julliard, should behave more journalistically: "Wikileaks is an information outlet and, as such, is subject to the same rules of publishing responsibility as any other media." Read the rest

A creative new advertising campaign from journalist advocacy organization Reporters Without Borders (RSF), aimed at various regimes hostile to press freedom, including China. Click for larger size to see the detail that makes this such a compelling design. (thanks, Oxblood!) Read the rest

Reporters Without Borders on Blogging Anonymously

Reports Without Borders has shipped a free guide for "Bloggers and Cyber-Dissidents" on publishing anonymously without getting fired, imprisoned or executed.

Bloggers need to be anonymous when they are putting out information that risks their safety. The cyber-police are watching and have become expert at tracking down "trouble- makers." This handbook gives advice on how to post material without revealing who you are ("How to blog anonymously," by Ethan Zuckerman). It's best of course to have the technical skills to be anonymous online, but following a few simple rules can sometimes do the trick. This advice is of course not for those (terrorists, racketeers or pedophiles) who use the Internet to commit crimes. The handbook is simply to help bloggers encountering opposition because of what they write to maintain their freedom of expression. However, the main problem for a blogger, even under a repressive regime, isn't security. It's about getting the blog known, finding an audience. A blog without any readers won't worry the powers-that-be, but what's the point of it? This handbook makes technical suggestions to make sure a blog gets picked up by the major search-engines (the article by Olivier Andrieu), and gives some more "journalistic" tips about this ("What really makes a blog shine," by Mark Glaser).

Some bloggers face the problem of filtering. Most authoritarian regimes now have the technical means to censor the Internet. In Cuba or Vietnam, you won't be able to access websites that criticise the government or expose corruption or talk about human rights abuses.