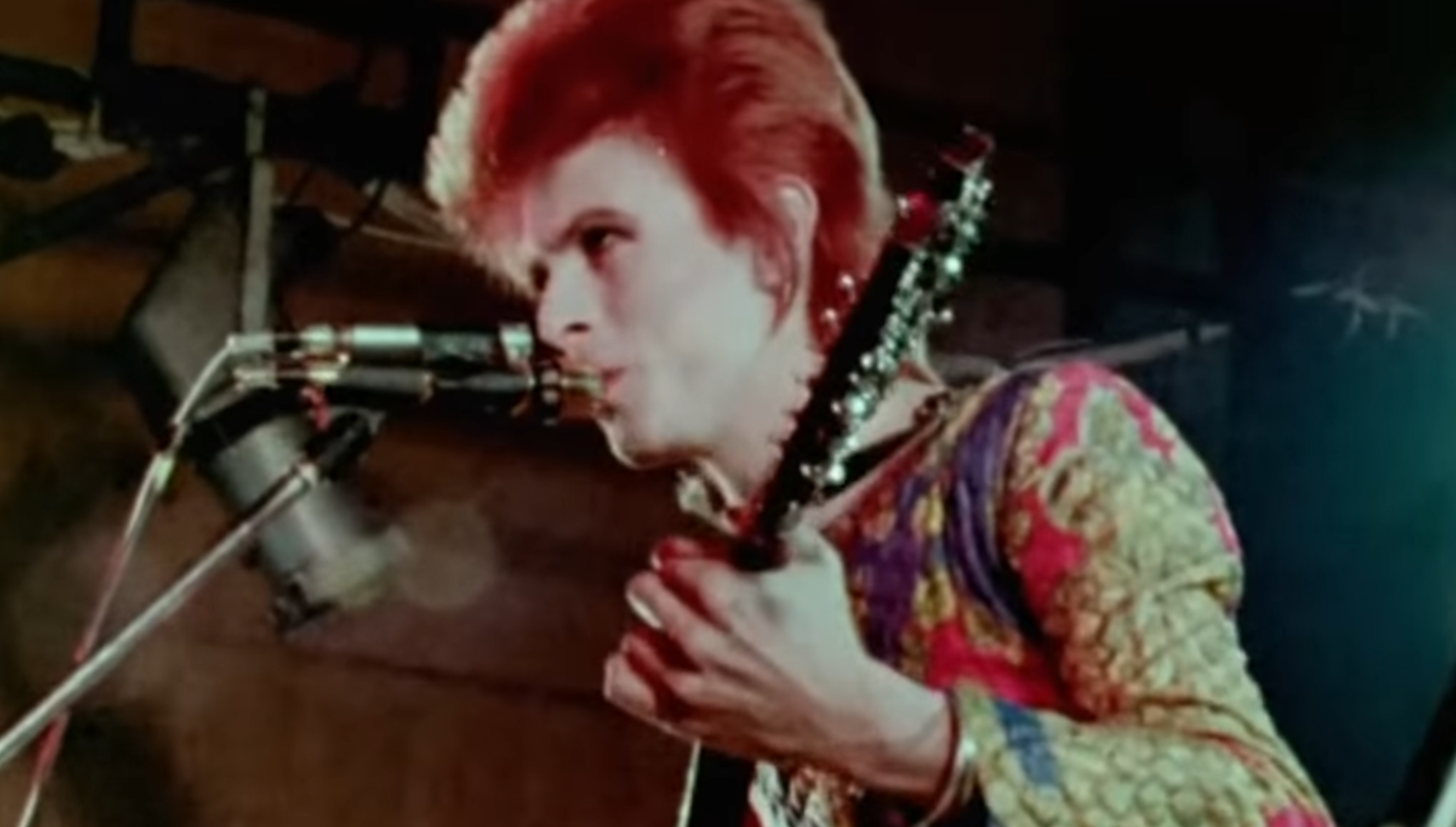 Imaging walking into the Toby Jug Pub in Tolworth, England on February 10, 1972 expecting to see a folkier, more mellow David Bowie and encountering Ziggy Stardust and the Spiders from Mars instead. The world didn't know it yet, but it shifted on its cultural axis that night.

This video is from later in the year, stitched together from various bits of footage and synced with the audio from Bowie's Oct 20th Santa Monica show.

One Take, All Bowie

Should we ever need to explain David Bowie to aliens, and have less than a minute to do it, we are covered. Watch Bowie's entire career unfold in one, ingenious take. Read the rest